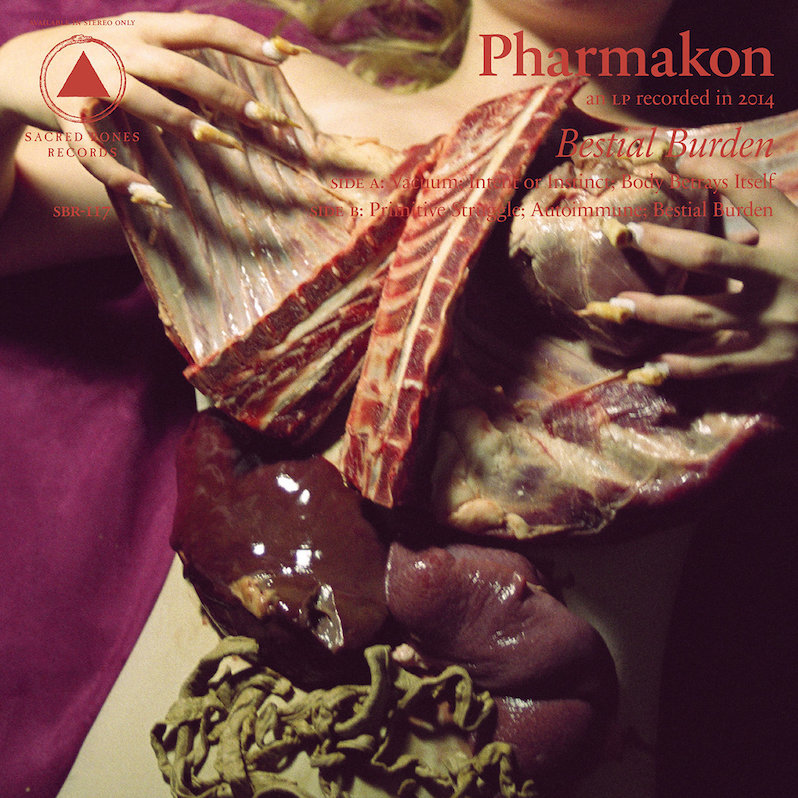 We don’t really understand our deepest fears until we’re forced to confront them. Generally speaking, fear exists as a kind of form of primal survival instinct. It’s not that we fear being up high, it’s that we dread what happens when we suddenly plummet. We don’t fear the spider itself, we fear what happens when its venom begins to course through our veins and arteries. Even a fear of public speaking begins to make sense when you take it to an extreme—rejection from society leads to isolation, and few things are more terrifying than being alone.

These fears are common for a reason. They’re mundane, everyday things, constant reminders to not make public fools of ourselves or to maybe keep a few feet away from the precipice—better yet, don’t jump out of a moving airplane. Scary though these all might seem to us, they’re familiar. We can conceive of them. We can make sense of them. But sometimes the most terrifying things we can endure are the things we don’t even conceive of. Like when our own bodies turn against us.

A few years ago I took my wife to an urgent care clinic, and it was busy enough that patients were being treated in shared rooms divided by curtains, as the entirely private rooms were already full. As we waited for the doctor, the patient one bed over was given a diagnosis that’s pretty hard to hear, even though we all know it can and very likely will happen to everyone who lives long enough to hear it: One of his organs had, in fact, died. He was transferred to the emergency room for surgery, and at that point, I have no idea what happened to him. But I overheard two nurses talking after the fact, saying out loud what nobody wanted to acknowledge: He was probably going to die. Suffice it to say I’ve been pretty uncomfortable in hospitals from that point on.

This kind of thing happens every day, and we can rationalize some of it away with the fairly mundane reminder that nobody lives forever. But you expect the fragile system that keeps you moving, breathing, pumping with blood to last at least seven or eight decades. But Pharmakon‘s Margaret Chardiet was only in her twenties when she experienced a harrowing health scare of her own. Chardiet had developed a 12-centimeter cyst that caused one of her organs to collapse, which meant she needed to have emergency surgery to remove it. The physical toll of the procedure, having her body sliced open and parts removed like a piece of soft machinery, was no doubt stressful enough on its own, and her recovery period long and painful. On its own, it’s a reminder of how fragile we are, an experience that foists helplessness in the face of whatever semblance of control we think we possess. But all around her were reminders of how easily that mortal bond can be severed, and under potentially much bleaker circumstances.

“While I was there I saw a man dying next to me, and he was crying out for his daughter. She did not come,” Chardiet said in an interview with Pitchfork. “So it wasn’t just about the experience of what happened to me but also about being there—going under anesthesia and not knowing what was going to be missing when you woke up. Not knowing what to expect on the other side.”

Chardiet documented her experience in breathtakingly intense fashion on her 2014 album Bestial Burden, to date her strongest and most cohesive set of tracks, taking her typically imposing and massive industrial-noise approach and drawing on that personal vulnerability to arrive on something more unsettlingly affecting. It still sounds terrifying (and looks terrifying, as the butcher-shop cover art can attest); the breaths on “Vacuum” are claustrophobic, the screams on “Body Betrays Itself” visceral. Its peak is the title track, perhaps the least cacophonous moment in Pharmakon’s catalog to date, though by no means the most soothing. In applying restraint, Chardiet creates her true masterpiece of horror—a nightmare to which none of us are immune.

By Pharmakon standards, “Bestial Burden” is relatively minimal, comprising a two-tone bass undercurrent set against a high-pitched squeal of distortion and metallic clangs. And throughout most of the song, Chardiet speaks in paranoid, manic tones through echo effects, as if to mimic the effects of medication and anesthesia, disoriented by her surroundings and terrified of the circumstances. She eventually erupts into panicked screams, but amid the unpredictable rise and fall of her voice, the escalation and retreat, she acknowledges how fragile a state she’s in: “I’m just hanging in the balance/Tethered by only a thin thread/Between a shadow and its source/Between this flesh and its form.”

To be clear, this is still a dissonant and deeply disturbing song, rife with the hallmarks of noise and industrial while employing space as a device for creating greater tension. It’s not her heaviest or most overwhelming piece of music, but it’s the one that might make you lose the most sleep, less for how it sounds than what it says. And the line she repeats most often is “I don’t belong here.” Sometimes she sounds scared when she says it. Sometimes she sounds on the brink of a violent outburst. Sometimes she even yelps it out between fits of manic laughter, as if it’s not her physical body that she’s fighting but her grip on reality itself—no doubt a very real side effect of such an ordeal. But with each repetition, one begins to question the nature of her statement: “I don’t belong here.” We assume it’s the hospital room. Maybe it’s inside of the body intent on rejecting its host. Or perhaps it’s the mere bewilderment of acknowledging you’re still alive.