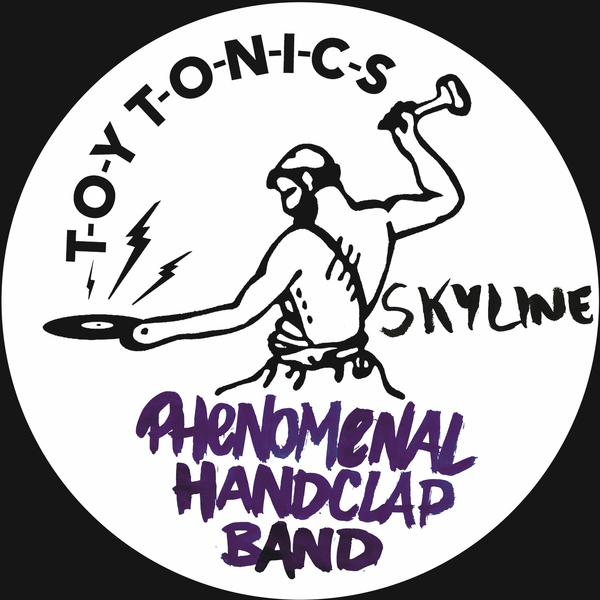 The sounds of foghorns, clanging bells and windswept harbors close out the trip the Moog fantastic prog-funk of “Skyline” by New Yorkʻs DIY disco rebel crew, Phenomenal Handclap Band. The arrangement is a predisposition of sorts on what the funk side of a groove from a John Carpenter apocalyptic film score could sound like. With ample helpings of synthy violins, space breaks, and big wavy sing-along choruses, it would make Karlheinz Stockhausen feel appreciated while Mike Myers swoops around Haddonfield for a lap awaiting his supervillain intro.

PHBʻs self-titled début album from a decade ago was a nasty fusion of forward-thinking disco, psychedelic prog rock, and classic soul with a splash of yacht rock made them different from the derivative retro disco acts. “65 minutes of slightly spacey live-band psych-disco, Hawkwind jamming” according to Pitchfork from a 2009 review. Now they are back with what they call “analog dance music, with an emphasis on raw soul, vocal harmonies, African percussion, fuzzy guitars and analog synthesizers.” With Daniel Collás in the center, along with some new members—multi-instrumentalist Juliet Swango and vocalist and synthesizer wizard Monika Heidemann—these new moments feel like interludes from an ABC afterschool special sippin on lean, or non-obvious funk bits from library records. No matter the case, PHB is executing a type. Good for us friendo. A pastiche of pseudo ’70s funk-prog-disco-synth goodness makes us all breathe easier, reflecting on those simpler times.