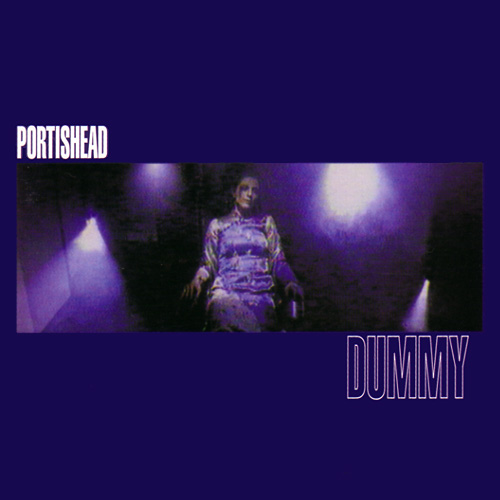 Buy this on vinyl at Turntable Lab

With Portishead‘s triumphant return in 2008—and, yes, I think Third is nothing short of a triumphant return—it is as if Dummy is being backgrounded for the first time. At least, for me. True, in this moment when people are clamoring over each other’s bones to suck the marrow out of any lauded new release, some people may end up stumbling backward to Dummy, but I think the majority of people who are heavily into Third have been quietly, even unknowingly, awaiting it for years. And more than that, if they are like me they have been surprised by how great and how different (and how those two things were both wholly necessary for the record to be a success) to the rest of the band’s work Third is.

Dummy benefits by no longer having to serve as the primary support for the Portishead legacy. Free of that burden, all the qualities that made me fall under Dummy‘s spell come spinning back into orbit, palpable and removed from the rarefied air of canonized work. The distance collapses. The songs remove from animate suspension in the past into robust immediacy. The melancholy and aloof coolness—the sublime kind, trafficked by capable purveyors since Miles dropped Kind of Blue—is the stuff Dummy is made of from start to finish, outlined by the beats and music and crowned with Beth Gibbons’ emotional, mesmeric vocals. Her performance peaks on “Glory Box,” the rapturous album closer with its crunchy guitars and stone-cold groove pulling at her in equal measure, drawing out a performance that epitomizes what is most exceptional about Portishead’s sound at the time.

All attempts to fix them in to genre or movement were fated to failure. They drug up fragments of 20th century music and melded them to new technological possibilities in a way that was inimitable then and inimitable now. Songs like “Sour Times” and “Wandering Star” are both organic and synthetic to the point where the distinctions lose all traction, where they come apart irreconcilably in the mysterious magnetism of the music. That the former became a sort of anti-anthem, a paean to the dark attraction of sadness and longing, crystallizes their appeal to both past and present.

Writing about “Glory Box” previously—it was the number four track of the ’90s according to Treble, by the way—I mentioned that I fell in love with Portishead driving in my car, late at night. It was an intimate setting, the kind that music like theirs deserves, assuaging loneliness at the same time that it sets the mind to wander across the successes and foibles of the past days, months, years. Past lives, past acquaintances… Dummy is a mirror of ambivalence and acceptance, jagged with beauty but tied to an undercurrent of sorrow, melancholy and uncertainty. There aren’t many albums better to keep you company through a long winter’s night.

My Brightest Diamond – Bring Me The Workhorse