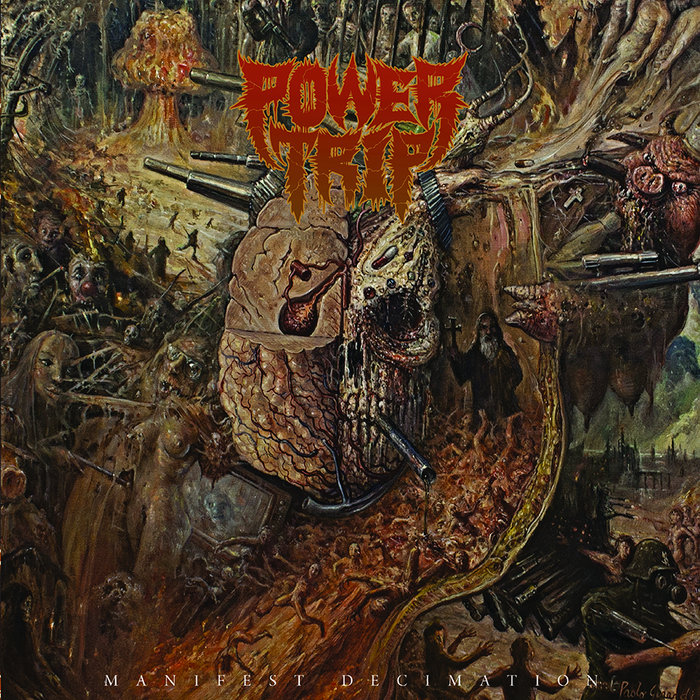 Every genre has a shelf life. It’s one of the great inevitabilities of music. No one sound will last forever, no matter how much we might want it to, and even those that survive for decades will end up in a drastically different place than where they began. The popular music of 2013 doesn’t sound all that much like it did in 1988, save for some certain, specific cases. And that’s a good thing; as much as we like to think nothing is ever as good as it sounded the first time, no sound or artist can possibly survive by staying exactly the same. Metal is one of the most illustrative examples of this; as a broad umbrella, it sounds as creatively fertile today as it ever has, possibly more so. And yet some of the most crucial sounds in metal — death, thrash, power metal — have diminished to having just a fraction of the influence they once did in their respective heydays.

Before we go declaring thrash metal dead, however, there are some bands that continue to find fertile soil in the groundwork lain down by the likes of Slayer, Metallica and Possessed. Skeletonwitch, for one, have made a splendid career by laying soaring leads on top of a gritty thrash backdrop, while Municipal Waste and Havok have been hoisting the old-school flag for some time now. Power Trip, a group of Dallas bruisers with hardcore roots, make another convincing case for the vitality of thrash metal with Manifest Decimation, an album that roars with the intensity of the best of ’80s metal, yet maintains a modern feel through and through.

Easily living up to the Cro-Mags and Exodus comparisons so often lobbed their way, Power Trip have certainly consumed a fair amount of eardrum-piercing metal classics in their day. And if Power Trip were simply going for pastiche, they likely still would have put together a purely enjoyable set of throwback thrash. Yet the band offers a lot more than a trip through the wayback machine, their chops and intensity well surpassing mere nostalgia. With the opening rush of power chords on Manifest Decimation’s title track (and by the way, how awesome is that title?), Power Trip send the message pretty early that they’re not fucking around. Going for the jugular with speed, riffs and a viscerally pleasing crunch, they pull the listener into a half-hour session of tight-fisted, pissed-off thrashcore.

Tonally, chromatically, Power Trip don’t deviate too far from the template laid out in the first track. Their riffs fly like bricks through windows, their drums boom with ominous menace, and their songs go straight for the gut. Yet there’s a fair amount of diversity in their approach, even if it all adheres to a fairly straightforward format. “Heretic’s Fork” and “Conditioned to Death” careen recklessly with gleeful violence, and “Murderer’s Row” rounds out the assault with gang vocals and hardcore thuggery. The beauty of Manifest Decimation is how well crafted it is. Sure, it might not be a completely new take on thrash metal, but how great it sounds trumps any question of novelty.