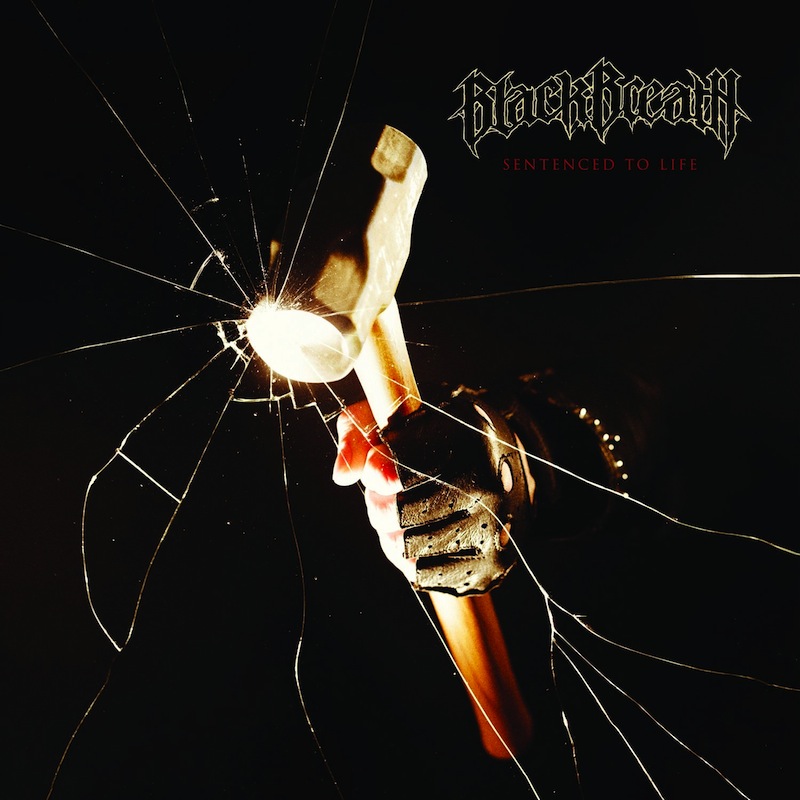 Southern Lord, a reliable source of all things dark and crushing, took a diversion away from some of their darkest hell-born drones in 2010 to unleash a triptych of Kurt Ballou-produced hardcore records, all three of which made merciless, uncompromising crust into a kind of audible weapon. One such band, Southern California’s Nails, proved on Unsilent Death that no more than 15 minutes are needed to wreak irreaparable havoc, while Italy’s The Secret maintained a similar outlook, albeit one that allowed for a deeper kind of abrasion, and a noisier sort of menace. Yet Seattle’s Black Breath issued a more accessible brand of d-beat rumble via their debut Heavy Breathing, an album as indebted to Slayer as it was to Discharge, and even catchier in practice than that combination might suggest.

Viscerally menacing, yet charmingly old school, Black Breath on Heavy Breathing stirred a little thrash and death into their hardcore, and on a handful of tracks, more fully embraced the raw power of Swedish icons like Dismember and Entombed via guttural power chord chugs that weren’t just heavy, but sounded absolutely dirty (kudos to Ballou for such dense, ugly production). Those who might have preferred those gut-wrenching moments of death ‘n’ roll, then, will be heartened by the band’s second album, Sentenced to Life. The hardcore intensity remains, but the sound and songwriting of the album is more deeply mired in the death/thrash hybrid to which their debut occasionally touched upon. Even the album’s cover — a leather-gloved hand smashing glass with a hammer — looks like an ’80s homage. This isn’t punk rock kids, it’s heavy fucking metal.

Once again bearing the production credit of Ballou, Black Breath ensures an absolutely wretched and grimy churn of a sonic onslaught on Sentence of Life, one that splatters its 10 tracks and 33 minutes with the darkest of toxic muck. That is to say, it sounds as satisfyingly brutal as a crusty thrash metal album should. Yet as songs go, this time around the Pacific Northwest brawlers present an even stronger batch than on their debut, riding a brief stereophonic whoosh into “Feast of the Damned,” a furiously paced platter of wrist-snapping pick work, which opens the gates to an unstoppable half hour of chugging venom.

The tempo only seems to quicken with the title track, a two-minute ride into trill-heavy ascending riffs and a mosh-pit ready chorus. The title of “Home of the Grave” might draw more attention to Black Breath’s sense of humor, but the song itself is a darkly grooving monument of headbanging fury, accessible without sacrificing the brutality, and meaty without obscuring its hooks. There’s a brief, spooky touch of acoustic guitar that opens “Endless Corpse,” whose epic intro suggests Iron Maiden more than Sweden’s most macabre, but it takes only about 90 seconds before a gloved hand wielding a hammer comes crashing through that delicate facade. However, the intro riff re-emerges in a stunning way even as the song hits a breakneck pace, displaying a more complex and layered side that might not have been so apparent on Black Breath’s dingiest, most misanthropic songs. Equally impressive is closing behemoth “Obey,” which incorporates ominously harmonized riffs, tom tom heavy drums and the overall feeling that one is descending into the depths of the underworld, in as loud and as badass a manner as possible.

By the end of “Obey,” it appears Black Breath have made a full transformation away from the high speed headkick of Discharge and into melodic, instrumentally inspiring permutation of classic Bay Area thrash. And though there are numerous hints leading up to this glorious climax, the band, ironically, leaves little breathing room in the preceding 28 minutes. I wouldn’t, however, call that a problem. Not a minute here is wasted, the band tuning each riff, each scream and rumble into evil perfection. At heart, this may still be the work of a band whose hardcore roots remain firmly planted, but a thrash album this good practically comes with its own frayed denim vest, patches and all.