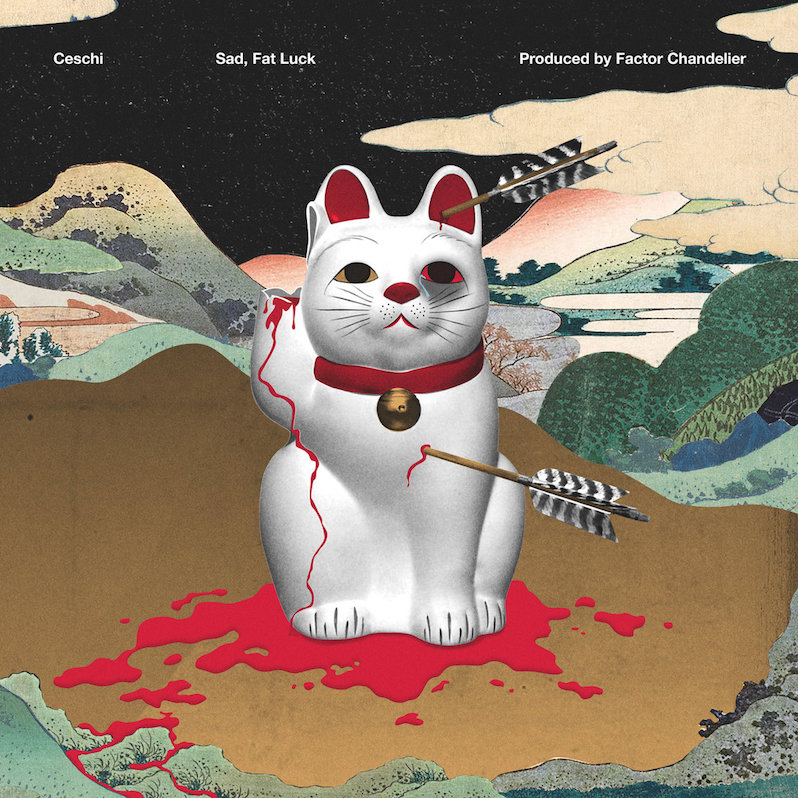 On April 4, Ceschi Ramos, better known as Ceschi, will release his new album Sad Fat Luck via Fake Four Inc. And today, Treble is premiering the title track from the album, which is a powerful and intense rap track heavy with emotion and eye-popping lyrical stunts. The New Haven, Connecticut rapper offers an elegy for friends he’s lost over the years, while having to “paint that clown face on for the audience” every night as a performer. It’s gripping stuff.

A statement about the track reads, “It is a song written from the perspective of an artist at the end of his rope & considering ending a career in ‘rap & punk’ due to the many layers of meaningless posturing that come attached to the job. It is also an apology and thank you to those hurt along a destructive path.” Give a listen to the Ceschi “Sad, Fat Luck” stream below.