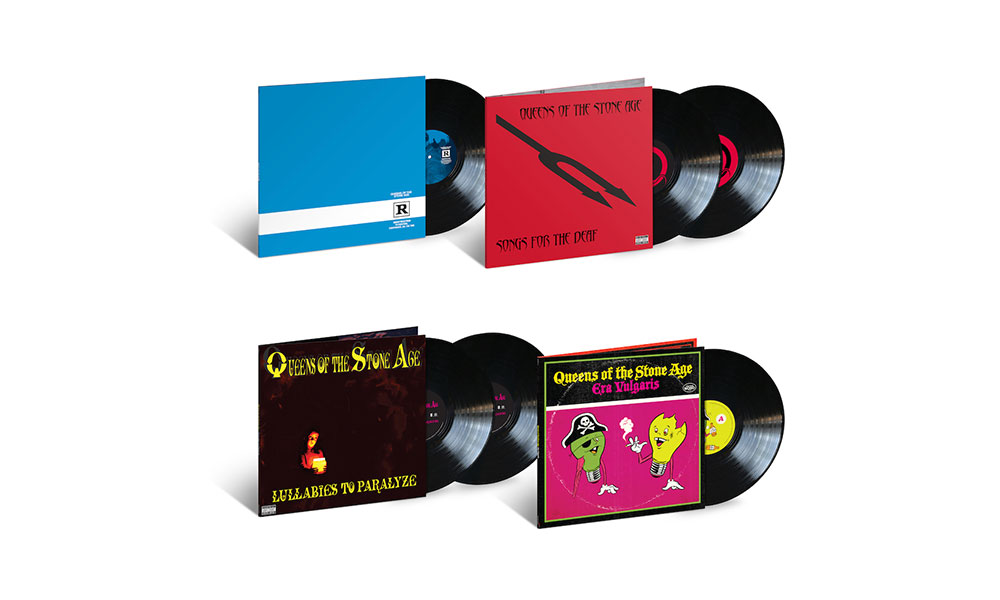 Queens of the Stone Age are reissuing a chunk of their back catalog on vinyl. Four of the band’s albums are due for reissue this fall. First, on November 22, the band will release 2000’s Rated R and 2002’s Songs for the Deaf on 180-gram vinyl. Then, on December 20, they’ll release 2005’s Lullabies to Paralyze and 2007’s Era Vulgaris, also on 180-gram vinyl. Most of these albums have been out of print on vinyl for more than a decade. The original pressing of Era Vulgaris was on three 10-inch records, but the new pressing will be 2×12″. Also, Songs for the Deaf will feature the original black-on-red artwork, instead of red-on-black.

Queens of the Stone Age’s last album was 2017’s Villains.

Read our Greatest Hits feature on the best Queens of the Stone Age songs.