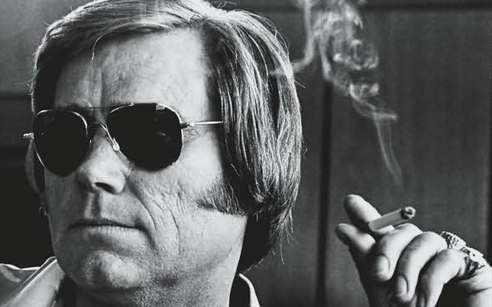 George Jones, legend of country music, died today in Nashville, Tenn. at the age of 81. Per a press release from Webster and Associaties, his PR representation, he was hospitalized on April 18 with fever and irregular blood pressure.

Jones’ career spanned more than 50 years, and his songwriting embodied the lifestyle of a trouble country superstar, with themes of heartbreak and loneliness being a common thread in his songs. He had more than 160 charting singles in his lifetime, which, per a press release, is “more than any other artist in any format in the history of popular music.” Among some of his biggest hits are Why Baby Why,” “She Still Thinks I Care,” “Tender Years,” “He Stopped Loving Her Today” and “The Grand Tour.”

Jones was famously married to fellow country star Tammy Wynette from 1969 to 1975, and the duo recorded  several hit songs together as well, including “Golden Ring” and “We’re Gonna Hold On.”

For 2013, Jones had a farewell tour planned, which was to concluded with a star-studded finale in Nashville on Nov. 22.