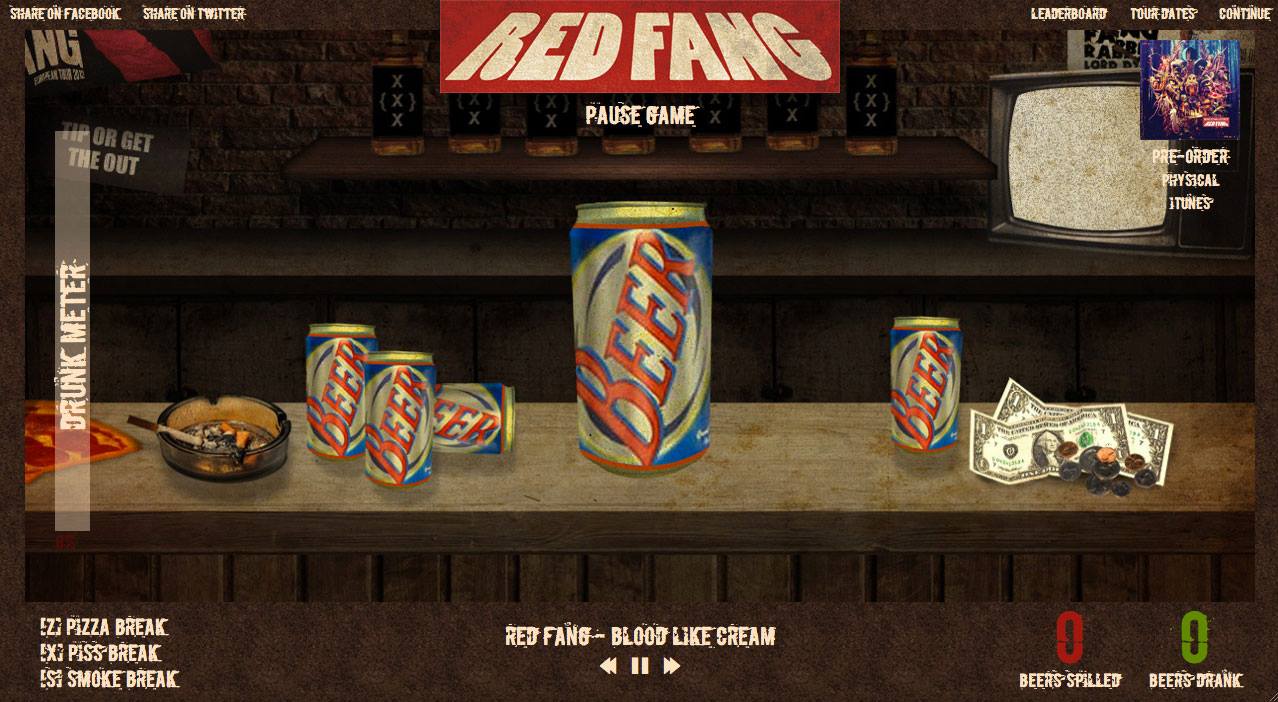 Portland stoner rockers Red Fang know viral marketing better than most — just check the incredible videos they made for “Prehistoric Dog,” from their debut, and “Wires,” from their 2011 album Murder the Mountains. And in advance of their new album, Whales and Leeches, the band has launched a new video game where you  have to chug beers. It’s a little trickier than that, though. You have to hold the beer cans steady long enough to be able to empty them. Basically, it’s like being drunk already. But you get to listen to Red Fang jams while you drink the virtual brews! (You can also take a piss break or a smoke break, so it’s like actually being at your favorite local dank pit.)

Play the game here. Whales and Leeches is out Oct. 15.