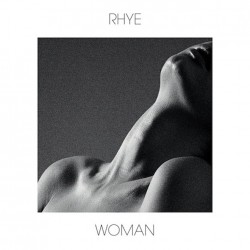 Just five years ago, it would have come as a slight shock to hear such tender whispers of the physical act of love in an indie pop song. Indie culture’s relationship with sex has always been a little awkward, primarily in that indie rock has never been particularly sexual in any mature sense. It can be sexy, maybe, but rarely entirely comfortable with physicality that isn’t shambling or aggressive. It took a few key actors like The xx and How to Dress Well to fully embrace the slow jam, without fully giving themselves over to R&B completely, to turn that around. And here we are, in the opening line of “The Fall,” from Rhye’s debut album Woman, hearing singer Mike Milosh softly beckoning for sexual congress.

Such directness is refreshing, but more importantly, it plays into the overall aesthetic put forth by Rhye, the formerly anonymous Los Angeles-based duo of Milosh and producer Robin Hannibal (also of Hannibal and Owusu). Woman, the duo’s debut, lushly and beautifully swirls the common ground between electronic pop, R&B and mid-‘80s sophisti-pop into a sweetly seductive, yet potent blend. It’s a fine record to queue up when spending a night with a special someone, of course, but even without that, admittedly prominent, aspect of the album, there are layers of gorgeous details that are alluring on a sensory level.

The layers of strings, harp and horns that introduce first track “Open,” signal a grand overture about to unfold. Yet this is but a mesmerizing red herring, the duo instead inviting the listener into a much more intimate space. There’s a slight drop in Milosh’s voice as he croons, “I’m a fool for your… love,” which makes that space feel even more private, voyeuristic even, but it feels honest and, aptly, open, which makes that invitation feel all the more special. “The Fall,” however, in which Milosh doesn’t bother to bury the lede, there’s an even more intricate interplay of piano, beats, strings and pizzicato violin plucks, with a touch of trumpet pushing the track from Balearic into Bacharach.

As the record draws on, the feeling of sensual intimacy plays out in different ways, sometimes funky and direct, as on the pulsing “Last Dance,” and sometimes with a minimal nakedness, as on “Verse.” But those spaces frequently combine into a soulful, late-nite fusion like “Shed Some Blood,” which draws its greatest analogue to Sade, with woodblock percussion and popping basslines creeping beneath Milosh’s softly sung, “Shed some tears, baby.” Only on “Hunger” do Rhye surge into full-on disco mode, complete with some righteous squeals of saxophone. That the duo exercises this aspect of their sound so sparingly makes it all the more effective in context, Milosh’s lines “I’m all on my own/ feel like a shadow” drifting in between the fluid, pulsing grooves.

In an interview last year, Milosh said of his mission in Rhye, “I’m just attempting to express love and sensuality in a very honest way.” Tellingly, he delivers a series of lines in “3 Days” that express such honesty in a way that seems counter to the ideal of romance, first confessing, “It’s just my nature/ I ruin love,” and later drifting into a mumble as he posits, “Love is terminal/ not built to last/ burn bright/ burn fast.” Given that Milosh is (presumably happily) married, there’s a safe bet this isn’t so much a statement about commitment as it is the sometimes sobering fact that everything will inevitably come to an end. Woman, then, is most accurately an album for those moments that burn the brightest, and the memories that never fade. True to Rhye’s aims, it is that rare honest expression of love and sensuality that feels warm and comfortable, but sounds like a million bucks.