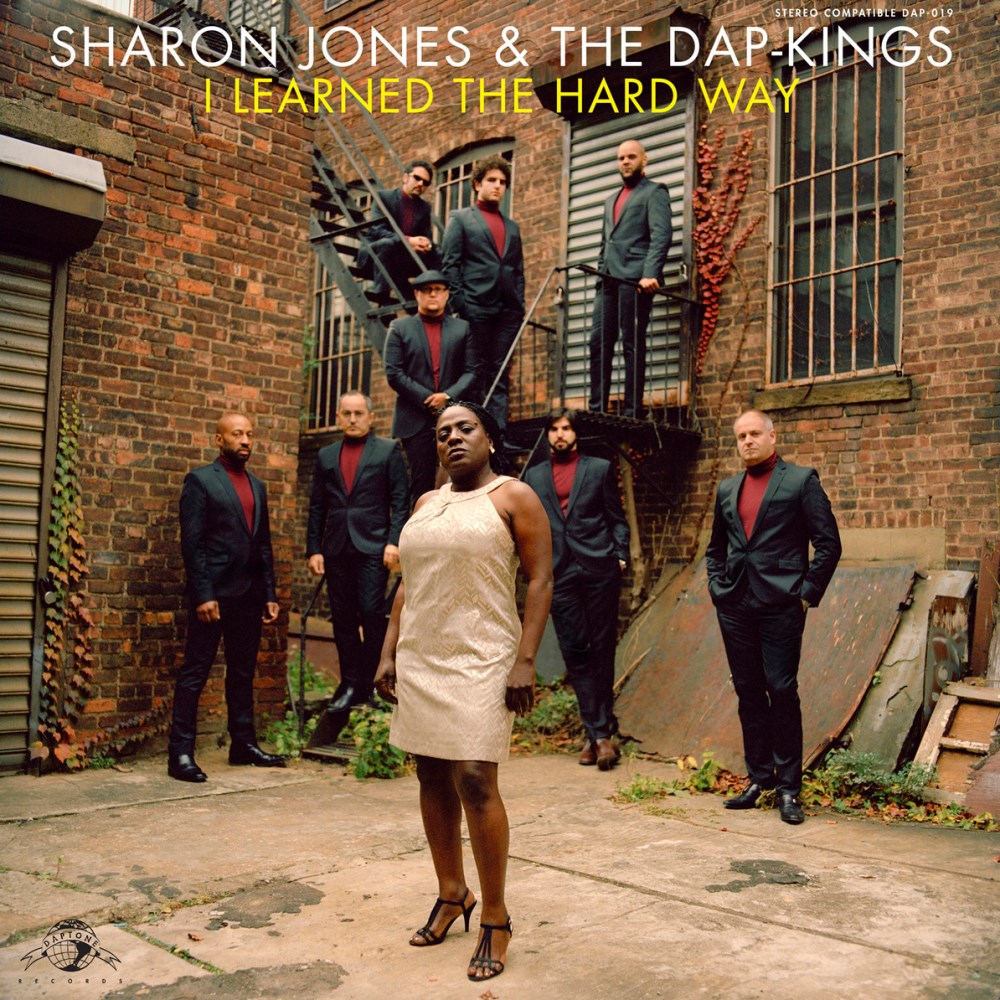 The willingness to experiment is an admirable quality in a musician. It shows fearlessness, innovation and, above all, the opportunity to deliver something new to listeners. But it’s also a double-edged sword. An artist with his parameters set too wide is just as likely to create something difficult and limited in reward as he is to create something transcendent. Or worse, that constant eye toward the horizon could keep one from ever being able to perfect one particular style or approach. On the contrary, an artist who knows his or her strengths and works to enhance them, rather than step outside them, is likely to provide a continuously enjoyable listening experience. To wit: Sharon Jones & the Dap Kings, a band whose focus remains strictly within the constraints of classic soul and funk, but continually succeeds in making the familiar sound fresh and exciting.

Sharon Jones & The Dap Kings have established themselves as the United States’ most dynamic soul combo, both in a live setting and over the course of three outstanding long players. Their last effort, 2007’s 100 Days, 100 Nights even set a new commercial plateau for the band, selling more than 150,000 copies. With album number four, I Learned the Hard Way, Jones and The Dap Kings are likely to see that number grow even higher, simply for taking an already great sound and making it even better.

With a rich, analog sound courtesy of producer/bass player Bosco Mann and engineer Gabriel Roth, Hard Way is stacked, front to back, with stellar soul jams that run the gamut from the lushly arranged opener “The Game Gets Old” to fiery Stax-style powerhouse “Money.” The band is in top form here, showing off a good mixture of Lalo Schifrin-style cinematic richness and classic soul rhythms on the title track. Of course, it’s Jones herself who takes these already great songs and spins them into gold with her superhuman pipes. She delivers a strong and soaring kiss-off over an infectious groove on “Better Things,” while “She Ain’t A Child No More” finds Jones and her bandmates delivering a fantastic call-and-response refrain over a slinky calypso. And “Mama Don’t Like My Man” recalls Sam Cooke with its stripped-down arrangement, putting aside the brass and strings temporarily for a stunning guitar and vocal performance.

Sharon Jones and the Dap Kings have proven time and again that they’re the best at what they do, and I Learned the Hard Way is yet another piece of prime evidence to support that. Certainly, it’s not a drastic departure from the three albums that preceded it, but when a band turns out such powerful and perfectly arranged gems as the ones heard here, there’s no need to mess with a good thing.

Similar Albums:
Lee Fields and the Expressions – My World
Bettye LaVette – The Scene of the Crime
Black Joe Lewis and the Honeybears – Tell ’em What Your Name Is