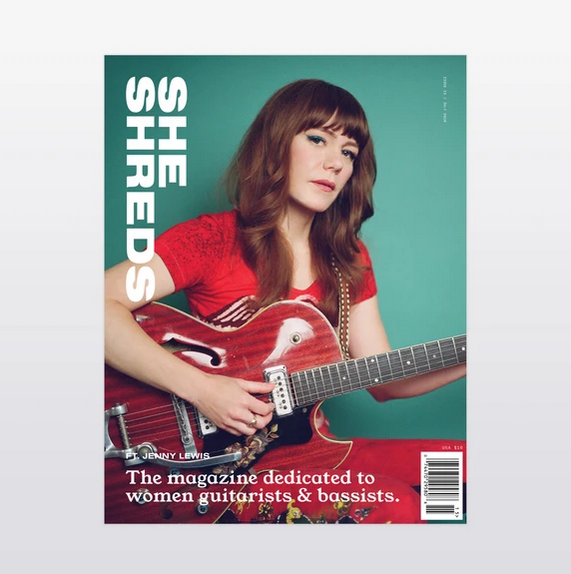 She Shreds magazine is ending its print publication after eight years. In a statement today, founder Fabiola Reyna announced that the magazine will cease printing, though the publication will fully transition over into a digital platform.

The magazine was started in 2012 as a response to a media landscape that gave plenty of coverage to men who played guitar or bass, but frequently offered little representation of women. The magazine has featured guitarists such as Corin Tucker of Sleater-Kinney, Laura Jane Grace of Against Me! and Courtney Barnett. It’s final issue will be on newsstands in June.