The annual Hopscotch festival is being held from Sept. 4-6 in Raleigh, North Carolina, in various venues. And in characteristic fashion, the festival lineup is just loaded with amazing talent. There’s already more than 100 bands confirmed, with 40 more yet to be announced. 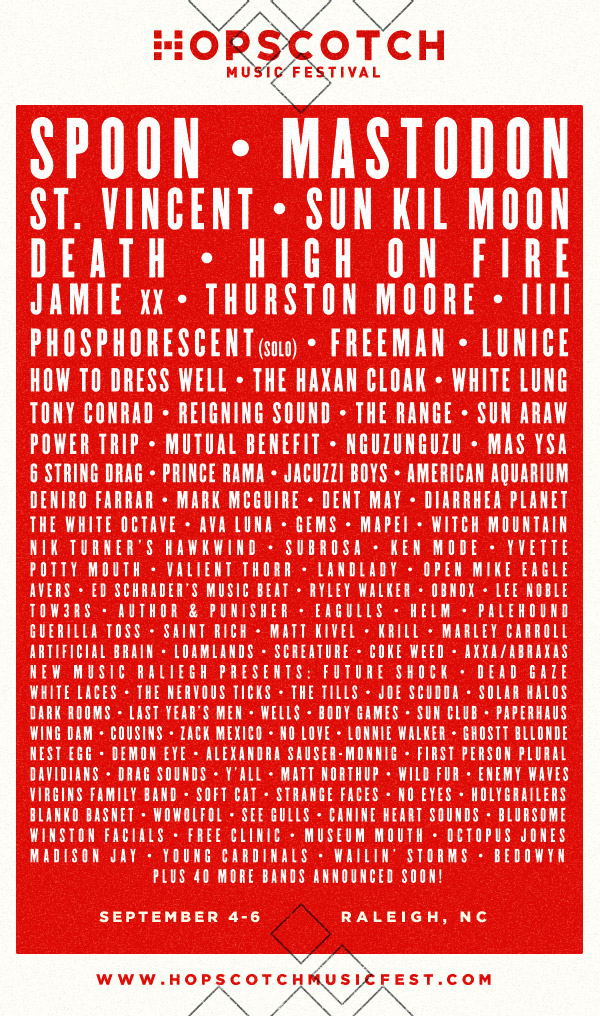