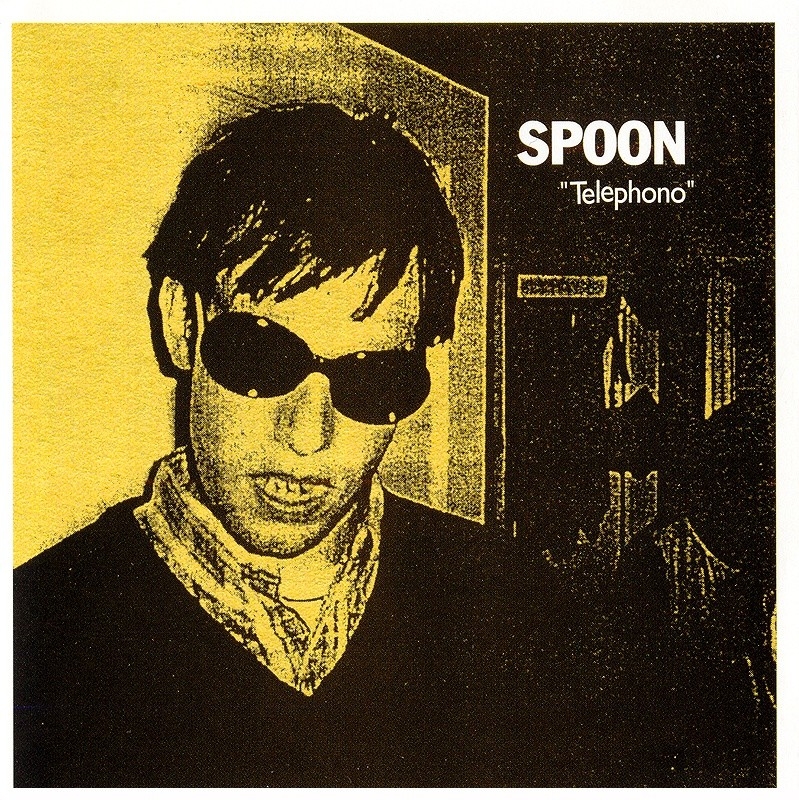 One glaring omission from Treble’s Out of Print Albums Feature from earlier this year was Spoon‘s debut album, Telephono. Sure, it wasn’t particularly hard to find, and on occasion, it wasn’t too expensive. But it was, curiously, still out of print. Considering the band hopped labels a couple times, eventually landing on home of five years Merge, it’s easy to understand how Matador let this one slip. Yet considering their upswing in visibility recently, what with “I Turn My Camera On” becoming something of a hit, it seems that there’s no better time to revisit this album, and the EP that the group released shortly afterward, Soft Effects.

Packaged together, these two discs make for a nice feature and featurette, though both discs are somewhat short, what with Soft Effects having five songs and Telephono containing only four songs at more than three minutes in length, and five at less than two. It should be noted that there aren’t many extras on these discs, save for the packaging and one video for “Not Turning Off.” There is, however, the satisfaction of being able to find them again in your local record store.

After the transformation that the band has gone through over the years, listening to Telephono doesn’t necessarily feel like listening to another band, but rather one in its infancy. While the Spoon of today is much more ambitious and deliberate in their use of restraint, this is a brash, noisy and raucous Spoon, borrowing from The Pixies and early Elvis Costello and the Attractions. Tracks like “All the Negatives Have Been Destroyed” and “Nefarious” are cocky, garagey rockers, with frontman Britt Daniel dropping the f-bomb a lot more than usual. Leadoff track “Don’t Buy the Realistic” remains one of the highlights in the band’s catalog, a cool, almost shoegazer leaning track, more focused and more dynamic than the rest of the album. It should also be noted that it’s the longest song on the album.

Soft Effects is slightly closer to the Spoon of today, beginning with the plodding chugger, “Mountain to Sound” and transitioning into the build-up of “Waiting for the Kid to Come Out.” And then there’s the Love-referencing “I Could See the Dude,” which spreads out a bit with some psychedelic effects and an upbeat melody. Though it’s merely an EP, it contains some great moments, and certainly belongs in any Spoon fan’s possession. One could strongly argue that in reissuing these discs, some extras could have been considered. Even tacking on early outtake “Telemon Bridge” would have been cool. It’s hard to complain about having previously unavailable discs back in print, especially ones as good as these.

Similar Albums:
The Pixies – Surfer Rosa
Pavement – Brighten the Corners
The Oranges Band – The World and Everything In It