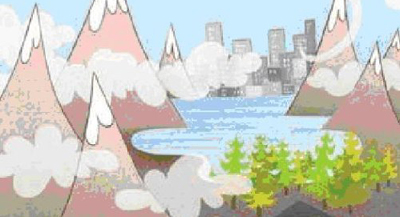 No time seems better suited for singles than the summer. While winter is a time of letting moody, deep album material sink in and spring is about making a transition toward pop, summer exists precisely for those short, sweet three-minute singles, blaring out of your ghettoblaster, iPod, car stereo, or whatever method you so choose while you sweat through the next three months. We acknowledge this at Treble, and even have a huge singles feature coming up soon (that’s all I can say for now), but for the meantime, there are some EPs that have crossed our desk lately that deserve their own space here at Treble, and we happily oblige to give them their due. Short and potent though they may be, they’ve already got us looking forward to the goodies that await us in the fall.

The Shout Out Louds – Tonight I Have To Leave It (Merge)

When I first heard The Shout Out Louds’ Howl Howl Gaff Gaff, I immediately thought of them as a sort of Swedish Arcade Fire. Granted, they’ve been around longer, but The Shout Out Louds and The Arcade Fire have more than a few similarities, namely a bunch of members and a soaring, earnest, emotional pop majesty. So it only makes sense that, after being purged from downsized label Capitol, The Shout Out Louds sign to The Arcade Fire’s home, Merge Records. As a preview to their upcoming full-length Our Ill Wills, The SOLs (unfortunate abbreviation, that) offer “Tonight I Have to Leave It,” a powerful anthem that builds upon their post-punk inspired power pop and propels it to greater heights. It has more than a passing similarity to The Cure’s “In Between Days,” and come to think of it, their last album had a few Cure-like tracks as well. In addition to the title track, this EP contains four b-sides, two of them being original tracks and two of them remixes. “Streams of Whiskey” is a grand group singalong of a Pogues classic, featuring the talents of The Essex Green. Meanwhile, the Russian Futurists’ remix of the title track is a peppy disco reworking, not unlike The Russian Futurists’ own electro-pop originals. Based on this brief preview, I’ve got high hopes for this upcoming record.
Download at

The Little Ones – Lovers Who Uncover (Astralwerks)

It’s rare that I hear a song on the radio before I obtain a promo copy, but sure enough, just recently I caught a minute or so of The Little Ones’ new single “Lovers Who Uncover,” and my ears instantly pricked up. It may be a bit embarrassing for me to admit this, considering we reviewed their Sing Song Sung EP last year, and even ran an interview feature, but dammit, you try listening to 200+ albums a year and see how far you get. All frustrations at keeping up with this fertile music industry aside, “Lovers Who Uncover” is a fine slice of indie pop wonder, jangling and soaring in ways that I only wish The Shins had on their latest album. It’s a nifty slab of catchy four-chord glee, backed with the Latin rhythms of “There’s a Pot A Brewin’,” and it doesn’t take much to love. If this is what radio stations are playing these days, I might actually tune in more often.
Download at

Is it a self-hating thing? Is it spite with a personal touch? Either way, the lead single off of Rob Crow’s new solo album, Living Well, is one of the catchiest things the San Diego native has ever written. Sure, “Penelope” and “Fortress,” Pinback’s two most prominent radio joints, are up there as well, but this has a definite rock anthemicness about it. I mean, sure, it sounds like Pinback, Heavy Vegetable, Thingy…all things Rob Crow, really, but so much more rawk, for whatever that’s worth. Just about everything this guy cranks out is worth checking out, though admittedly I haven’t given a listen to Goblin Cock. Anyway, this one isn’t about to change my mind, nor is the rockin’, bass-heavy b-side, “Slick.”

The members of These Are Powers refer to their disturbing, eerie brand of post-punk as “ghost punk,” a rhyming and apt descriptor for their creep-out angularity. Featuring ex-members of Liars and Knife Skills, one could easily imagine the kind of avant-abrasiveness that this Brooklyn trio conjures up, given their no wave backgrounds. “Silver Lung” builds on looping noise guitar samples and tribal drum stomps, while “Funeral Xylophone” attacks more fiercely, not unlike San Diego horror-wave outfit Kill Me Tomorrow. Final track “Crows of Troy” begins almost accessibly and directly, but spirals into crashing cymbals and rumbling bass without any regard for hook. Much to the credit of their own invented genre, this isn’t so much a three-chord exercise in snottiness and rebellion, but it will certainly haunt you.

Bears’ self-titled debut was one of my favorite surprise discoveries of last year, a buoyant and brilliant collection of gleeful twee pop songs, infinitely catchy and unabashedly giddy. Following up that short but saccharine full-length comes Shortest Day Of The Year, an EP containing seven tracks of more beautiful, lo-fi delights. Yet it may come as something of a surprise, as it did to me, that the songs on this set have taken a turn for the melancholy, steering away from Boy Least Likely To style pop toward Elliott Smith style ballads and the sadder side of Elephant 6. If that sounds like a complaint, well it isn’t. Even though the glockenspiels and organs aren’t blazing this time around, one can’t deny the beauty of tracks like opener “Those Years,” the delicate piano in “Losing My Love” and the small scale psychedelia of “All I.” It’s a bit of a departure, but with Shortest Day, Bears only reveal more intricate aspects of their ever-expanding sound.
Download at

The Hanslick Rebellion – The Deli of Life (Eschatone)

Apparently, The Hanslick Rebellion began some 12 years ago in Albany, New York, only to be broken up two years later, then reunited again (after not speaking for years) around 2005. With their second chance at rock `n’ roll, these New Yorkers have delivered a six-song EP packed full of punk energy, rock’s eternal spirit and a handful of great tunes. And in these six tracks, the Rebellion’s style changes rapidly and frequently. In “Caught,” they churn out a slow-burning traditional rock sound, while launching straight into hyperactive emocore in “Make My Heart Stop.” Then, packing a disco beat and synthesizers to spare, they groove on into “You Are Boring the Shit Out Of Me.” Hell, there’s even a bit of Beatlesque pop on “Photograph.” Suffice to say, The Rebellion are versatile musicians and songwriters. It doesn’t make for a very cohesive release overall, but from song to song, The Hanslick Rebellion keeps the rock coming in ample doses.
Download at

These Are Powers : All Aboard Future