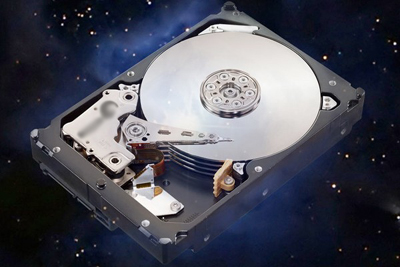 It was starting to get out of control. Who am I kidding? It’s been out of control for a long time and I’ve simply ignored it. The CDs are everywhere. They had taken over one entire wall of my one bedroom apartment. Nearly 5,000 CD’s, 5,000 that loomed oppressively over me. 5,000 that I would have to box up and move every time I relocated. 5,000 CDs that would take me nearly a year to listen to back to back in their entirety if I didn’t work or sleep. I had to do something about it.

I’ve been collecting CDs since my brother bought me an import of New Order’s Movement when I was just starting high school. Had I kept all of the CDs I’d ever acquired, my collection might even be twice the size it is now, but back in the ’90s, trading in CD’s for credit was all the rage, and there were always more I had to acquire. Factor in changing tastes and fads and that makes up for the loss of a few others. Add in a divorce, with the splitting of property, and then finding the empty cases of what I thought I still had, and that makes up for the rest. But, even though my collection is certainly not as extensive as others’ may be, it was reaching my own definition of critical mass.

Seven years ago, bald-headed, vegan electro-weirdo Moby and super cool antihero of rock, David Bowie, went out on tour together. In the press, the two jointly claimed that the CD format would be dead in ten years. Back in 2002, that prediction seemed somewhat hasty, but now it seems as if they might have overestimated. CD sales decline in epic percentages every year and there seems no end in sight. CDs are being removed from “big box” chain stores all across the country. Soon, physical music sales will be relegated to its origins, in specialty music shops. I don’t think it’s that everyone didn’t like the CD format. After all, it lasted longer than 8-Tracks and cassettes, it’s simply that time moves on and with that comes progress and new ways of acquiring music. I can’t predict whether or not music will still be sold in any physical format in the future, but I do know that, inevitably, technology makes things smaller and more manageable.

After bemoaning the state of my meticulously organized CD collection, a friend suggested digitizing everything and simply getting rid of the CDs. I pondered the decision for a while. I didn’t have the same aesthetic connection to CDs that I’ve had to vinyl. (By the way, vinyl is the only format I will continue to purchase from now on). As each day passed, I was ceasing to care about not only the simple CDs, but even the bells and whistles. The deluxe editions, the added disc, the bonus DVD, the extra tracks: none of these appealed to me any longer. All I cared about was having access to my music. Having to pore over 5,000 CDs, no matter how organized, was becoming tedious.

Finally, I broke down. I bought a 1 TB (terabyte) external hard drive. In fact, I bought two: one for immediate access and one as a backup, just in case. As soon as I got them, I began the long and arduous process of digitizing everything I own. But, rather than merely a process of insert disc, rip, repeat, I found that I was learning something about music and about myself in the process.

For years, I’ve kept a spreadsheet of my music. This document lists everything I own, song by song, album by album, with details down to guest musicians, original artists if the song is a cover, year of release and record label. It was like something out of High Fidelity or Diner. I was never quite satisfied with the spreadsheet. Ultimately, I wanted a document with a search function. If I wanted to create a playlist with songs about rain, I wanted to be able to find every song with that word in the title, not just the ones that started with the word. I never quite learned how to do that. When I first began to download, I quickly realized that this search function would be built in. In exactly the same way one would search for a file on their computer, I could search for a keyword in a song. Already, I was excited about the process.

As I said, one of the motivating factors of the switch was space related. I was moving from nearly 50 square feet of music to a box no larger than a paperback book. In fact, it’s smaller than Ulysses and most Pynchon. (This could also send me off on a tangent about my thorough unloading of books, 25 boxes so far, but I’ll restrain myself). The fact that one little black parallelogram (the sides are angled) could hold what once held court over eight horizontal feet of prime real estate was mind boggling, and yet somehow comforting. My next moving experience will be somewhere around 20 boxes lighter. There’s no denying the appeal of a statement such as that.

As the days of digitizing went on, I was starting to see patterns emerge, statistical anomalies that made the eyebrows rise, and organizational snafus that had to be corrected. How was I going to create a system that would be manageable and accessible? I took a cue from my own CD organization as a start. I sort my music by basic genre first. I don’t break out any subsets of rock. There’s no separate section for punk or noise rock or funk. I wouldn’t know where to draw the line with most of these artists. My basic categories consist of `Rock / Pop,’ `Jazz,’ `Classical,’ `Soundtracks’ and `Miscellaneous / Comedy / Christmas / Audiobooks.’ Being a rock critic, of course, the largest portion of the collection is in the first category. I then made a folder for each letter of the alphabet. If a band started with the simple letter `A’ or `The,’ I removed them from the equation by either erasing them or placing them at the end after a comma. That way, the Beatles would be in my `B’ folder and actually alphabetized correctly. For named artists, I simply renamed each folder with last name first. Easy enough.

By organizing in this way, I discovered certain trends. For one, and this would be different in everyone’s respective collections, my music was fairly dominated by two letters, S and B. The most bands appeared in the `S’ category, 163 in all, while `B’ held 138. However, those two swapped positions in number of albums, mostly thanks to the sheer variety of `S’ bands versus the overwhelming amount of Bowie and Beatles albums I possessed. In case you’re wondering, M, C and P came in just after S and B. The bottom five? Perhaps predictably, simply by the limitations of the language, X (despite my love of the band of the same name, and XTC), Z, # (i.e. bands that start with a number of symbol, such as !!! or 10,000 Maniacs), Q and U (unlike Q and Not U, who fit into the former letter). However, in number of individual albums, the letters somewhat changed with D creeping in third above the following M,C and P. Why? Ask Bob Dylan (50 Albums), Depeche Mode (42 Albums / Singles), Death Cab for Cutie (17 Albums / Singles) and Ani DiFranco (15 Albums), I guess.

Another weird stat, the largest percentage of albums to bands in a particular letter? 617 percent belonging to the unlikely consonant that is sometimes elevated to vowel, `Y,’ mostly thanks to Yo La Tengo and Neil Young.

With the CDs, I also organized chronologically within each artist. The hard drive automatically puts things in alpha order. This was an easy one to get around, and one that I only bothered with artists who had extensive output. Merely adding a two-digit number system before each title, I could see every album in chronological order, which also let me visibly see what albums I might be missing. For instance by seeing that my Dylan discography jumped from 19 to 22, I could see that I was missing his born again Christian albums, Saved and Shot of Love, not that I am overtly compelled to go out and get them any time soon.

As I am writing this, I am also in the process of digitizing the last few Jazz CDs into the system. As I do this, I am realizing that I will not miss the cold hard plasticness of the format. I will not miss the center prongs in the case that always seem to break. I will not miss the chips and missing hinges in the cases that inevitably seem to happen. I will always remain a music fetishist; that much is true. I will continue to buy vinyl as I appreciate the presentation and the warmer and fuller sound. But, as of today, I am breaking my habit of collecting CDs. Goodbye Compact Disc, let the dogs of society howl.