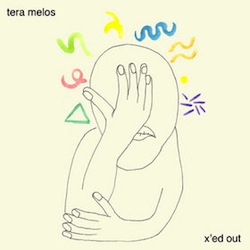 Sacramento’s Tera Melos can shred — this has essentially been the lede of the band’s career to date, their high-energy math-rock tunes driven by virtuosic displays of instrumentation and flash. Yeah, the dudes can play. And lest anyone think that Nick Reinhardt’s finger-tapped riff lightning or John Clardy’s head-rattling percussion are being mellowed out or put on the back burner anytime soon, the band’s new album, X’ed Out, should suitably put such fears to rest. Yet on 2010’s Patagonian Rats, the band was beginning to display a more mature approach to songwriting, with more powerful melodies and hooks than before, a trend that continues to an even more satisfying degree on their third album.

Few songs on X’ed Out progress without some level of technical flash, but the instrumental hot-dogging this time is integrated in such a way as to complement the progression of each song’s melodic base. It’s an accessible set of tunes — more so than on the band’s two previous full-lengths. But the songs are constructed so intricately that it’s a thrill to dive in and follow each musical thread, weaving in and out of unexpected places, but resolving themselves in places even more impressive than how they began. As a track like “Weird Circles” begins, Reinhardt cycles through a series of finger-tapped riffs before the group erupts into a more sweeping and thunderous rush of chords and crashing drums. There’s an even more intense, and for that matter catchier quiet-loud dynamic on “New Chlorine,” which is the most Pixies Tera Melos has ever sounded. And the roaring riffs of “Tropic Lame” are borderline classic rock, which suits the band’s sound pretty nicely.

If anything, Tera Melos shred even more on X’ed Out, just in different ways. These are some of the most direct and hook-laden songs of their career, and in a sense, that’s just another way of giving their audience some razzle dazzle. No matter how approachable the band gets, however, they’re unlikely to ever stop piecing together atypical structures and oddly melodic contraptions. For every “Tropic Lame,” there’s a Shudder-to-Think-on-goofballs jerkmonster like “Slimed,” which is a fine reassurance that, showered and shaved, Tera Melos are still pretty fucking weird.

Marnie Stern – The Chronicles of Marnia