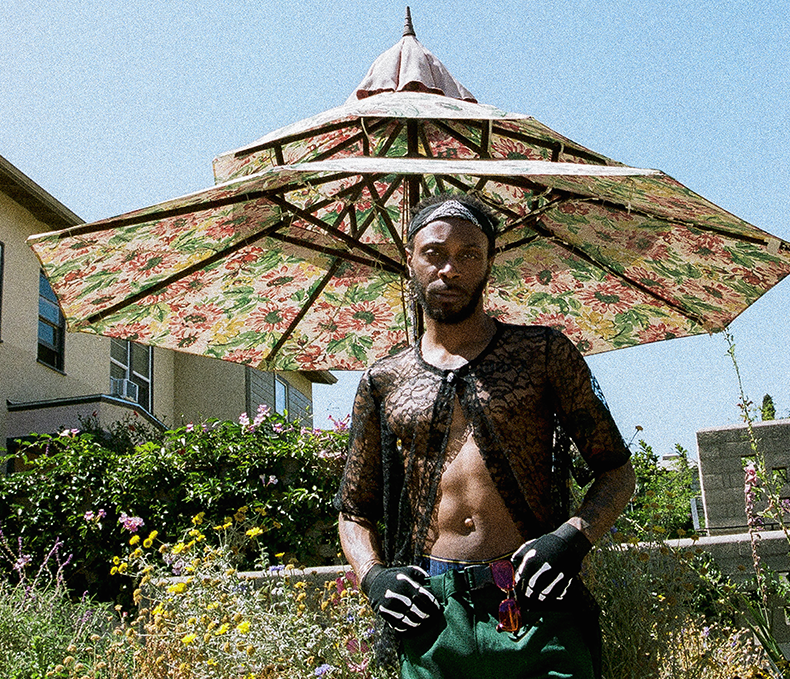 Three-quarters of 2019 have lapsed. And we all know what comes next—so do the team of Treble contributors who no doubt are getting their spreadsheets ready any minute now. But we’re not there—not yet! September was one of the stronger months of 2019 so far in terms of the quality of new music hitting shelves and streaming services, and October’s about to bring a deluge. Before we have to start grasping for branches, we present the 11 best albums of the past month, with links to stream as always.

What we said: His polymorphic mix of dub, hip-hop, R&B, funk, and bass-heavy UK club culture is the amalgamation, co-produced by housemate Maxwell Owin, that can be savored wherever the ears are at. – John-Paul Shiver

What we said: Bat For Lashes rarely makes anything less than a big statement with each of her releases—even the one-off side projects—and Lost Girls is not an exception. In some respects it feels like a paring down; the songs are shorter, the concept a bit less cosmic or emotionally overwhelming, but the final product remains grand, a rich headphone experience as much as it is a backdrop for some particularly elaborate daydreams. – Jeff Terich

What we said: On fourth album Pollinator, Cloud Rat offer a complementary sampling of some of their most visceral and most nuanced material alike. To say such a thing might sound contradictory, even oxymoronic in light of an opener like “Losing Weight,” which makes its presence known like a Louisville Slugger right to the jaw. Yet it takes only a few minutes before the subtler pieces of the band’s intricate musical framework come into focus. – Jeff Terich

Listening to death metal for sound quality and strength of production was, at best, a novel concept 30 years ago. Some of the best early death metal records were the rawest and ugliest, free of anything resembling polish or clarity. But times have changed—for the most part. The first thing to notice about Denton, Texas band Creeping Death’s debut is the perfection of its guitar tone. It’s crunchy, hefty, harboring the kind of weight to carry the intensity of the band’s roaring death metal anthems. Guitar tone doesn’t make the record, of course, though here it’s an absolute thing of beauty on its own. Though fortunately for listeners, the songs here—all no-frills rippers that never let off the throttle—are similarly spectacular. Death metal’s come a long way, but for a band like Creeping Death, it’s simply a matter of taking something that works great already and giving it a refresh. – Jeff Terich

It turns out there was not one but two fantastic metal albums out of Texas this month. Compared to the more old-school death metal approach of Creeping Death, Haunter is more progressive, more genre-evasive. Having began life as more of a screamo/post-hardcore band, Haunter quickly began to incorporate more atmospheric elements to the violent intensity—which they already had down pat. Sacramental Death Qualia, in addition to a set of songs with spectacularly hard-to-say titles, is an innovative and unconventional take on black metal that favors unpredictability and compelling melodies above go-for-the-throat harshness. There’s some of that too, naturally, but Haunter ensure that the road to rippers is always paved with breathtaking aesthetics, whether in the post-hardcore guitar textures of “Dispossessed Phrenetic Antiquity” to the sprawling, eerie ambiance of the title track. – Jeff Terich

A California band with backgrounds in various other California bands (Starvations, Pleasure Forever, Red Sparowes), Jail Weddings boast a sonic DNA that spirals back through the Big Music sound of 1980s England (Waterboys), the punk-blues of Australia (Nick Cave and the Bad Seeds, Crime and the City Solution), on back to the fiery voodoo of their own hometown heroes The Gun Club. Wilted Eden feels haunted without being hokey, seedy without being sordid—it’s as chilling as it is catchy. Through songs like the title track, “Do What You Want To Me” and “A Haunted Song,” the band captures a kind of post-punk romanticism that’s been left out of so much of the cookie-cutter darkwave revival. There’s heart, soul and honest-to-god ghosts in these songs. – Jeff Terich

What we said: All My Heroes are Cornballs feels positively zen. The pace is slower, and the listener is finally given some time to breathe. There isn’t a true banger like there was on Veteran (“Baby I’m Bleeding”), but in exchange, we get a record that’s front-to-back stronger than its predecessor. – Ben Cohn

What we said: As an album, Cairn has four distinct movements that are equally separated by distinct areas of focus, all unified by themes both sonic and lyrical. That seamless synthesis is what lies at the heart of a truly incredible, personal and deeply human album. – Brian Roesler

North Carolina emcee Rapsody earned two Grammy nominations last year for her album Laila’s Wisdom, an award that was given to a well-deserving Kendrick Lamar, who just so happened to make an appearance on her competing album. But that was a major moment for Rapsody, who’s raised the bar and delivered an outstanding follow-up in Eve. Similar to Jamila Woods’ recently released Legacy! Legacy!, which honored artists of color, the album dedicates a track each to a significant Black woman in history, with her interpretations ranging from old-school hip-hop nods (“Ibithaj,” featuring D’Angelo sounding amazing) to brilliant moments of curatorial vision (trading bars with Queen Latifah on “Hatshepsut”—chef kiss). Eve is a high point for hip-hop in 2019, as much a celebration of hip-hop history as it is a celebration of powerful Black women. – Jeff Terich

What we said: As often as House of Sugar drifts in and out of any particular aesthetic motif or sonic approach, that distant, melancholy dreaminess is a constant. That it’s, in large part, an album consumed with ideas of addiction or consumption only seems natural given the illusory bliss it so frequently evokes. – Jeff Terich

For more than three and a half minutes into White Ward’s second album, there’s a genuine sense of doubt over whether or not you’re actually listening to a metal album. That’s clue enough that it’s miles and miles from anything resembling conventionality, instead its sonic makeup being one part black metal to one part Badalamenti-influenced dark jazz. The songs on Love Exchange Failure are epic, they’re sprawling, but there’s a vast amount of space to explore the desolation and melancholy that drives them. This isn’t ghoulish, occult-inspired metal but rather a sobering examination of our hollow contemporary lives, treated to a soundtrack both gorgeous and searing. You absolutely will not hear another metal album like this before the year’s over. – Jeff Terich