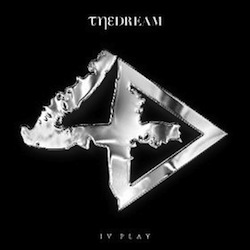 A lot has happened in the two years since The-Dream released his acclaimed third album, Love King. Artists who The-Dream paved the way for — Frank Ocean, The Weeknd, and (to a somewhat lesser extent) Miguel — have done some spearheading of their own, pushing R&B further into progressive composition (on both the minimalistic and extravagant ends of the spectrum) and psychosexual lyrical exploration. As difficult as it is to make this claim about popular music, you could even say that a kind of sea change has occurred: commercial sentiment is, again, responsive to experimentation in urban music. The pertinent consequence of this is that established artists (such as The-Dream) now have to evolve further and adapt — which includes making some kind of response to their successors’ work — to stay relevant. All early indications from Yeezus and, hell, even JT’s The 20/20 Experience (with its chamber pop leanings and expanded songcraft) seem to demonstrate that the progenitors are willing to rise to the challenge. Will Terius Nash follow suit? Well, let’s take a look at IV Play.

By now, a kind of lukewarm critical consensus has formed around this album, without a doubt the worst reception that any of The-Dream’s records have received. I’m in that territory, too, but for reasons that I expect most other critics do not share. The way I see it, IV Play probably is not a great, built-to-last response to popular neo-neo-soul, but to accuse it of not responding at all does not give Nash what credit he does deserve. From a lyrical standpoint, it’s hard to initially parse what he is doing in IV Play, because the execution is not nearly as precise as what Nash’s longtime listeners are used to (more on that later). What is clear, though, is that The-Dream is writing with considerable nuance, exploring the darker side of romance and sexuality in the subtext while presenting a seemingly superficial exterior.

The-Dream’s personal demons are well documented, thanks to his stark, bare-all release in 2012, Terius Nash: 1977. That album, dark in its own right, deals with romantic trauma (the kind that can only be engendered by two divorces and countless empty one-night stands) in an extremely confessional manner. IV Play is equally pained — it’s only been one year, after all — but takes a more subtle track, presenting the tortured existence of a man whose suppressed heartbreak, bitterness, and sexual frustration are beginning to boil over. Immediately, in “High Art,” the listener can pick up on the state of affairs: Nash has decided to deal with his emotional turmoil by burying it under shallow hedonism and macho posturing: “I make love to my girl / Then I get high with my niggas.” Here, unlike on Love King, this swagger-heavy exterior is cracked all over, with an aggressive urgency (on full display in the chorus of “IV Play”) that screams overcompensation.

As the album progresses, these cracks offer glimpse after glimpse into a vertiginous emotional center. On “Equestrian” (based on an old Prince trope) and the lurching, unsettlingly possessive “Pussy,” which prove to be two of the darker songs The-Dream has ever written, Nash sneaks some disturbingly violent declarations — “One shot from that 12 gauge body go boom / Two shots from that gun till that pussy go numb”; “I got to have it / like a 9 I got to blast it” — into otherwise orgiastic boasts, revealing an angry, unhinged undercurrent to his sexual imperialism. And on the anti-ballad “Michael,” which is probably the best written-song out of the bunch, he shows his full hand — vulnerability, dejection, and the sexual drive that arises from them — in a half-dialogue with a woman who he’s trying to revenge fuck. Heavy emotions, concealed (as they often are) under machismo.

That is the profound and ambitious part of IV Play; the rest of it has some serious flaws. First and foremost, The-Dream gets caught up in the, frankly, stupid guest feature craze, incorporating more features on IV Play than any of his other albums. That’s fine in a vacuum, I guess, but, and I don’t exaggerate when I say this, nearly every one of these appearances detracts from the album. None of the other artists seem to comprehend or sympathize with The-Dream’s psychosexual vision (rappers like 2 Chainz and Big Sean appear fundamentally ill-equipped to do so) and every time one of them enters the track they just confuse the message, e.g. when Beyonce delivers the painfully trite “People think I’m crazy / But I love you cause you’re crazy too” on “Turnt.” This disjointed execution effects the production, as well, which largely retains the suite-style construction of The-Dream’s previous albums but lacks coherent flow. Instead of running like a deliberately-constructed progression from track to track, IV Play plays more like random song after random song and quashes some great thematic ideas under a sloppy final product.

There is an originality to IV Play that allows it to score more points with me than, say, a bland, derivative album that otherwise does everything correctly. But originality cannot save a problematic record from being just a couple notches above average, so that’s where this one falls. A disappointing outlier in The-Dream’s catalogue, yes. But a signal of artistic decline? I highly doubt it.