For over 20 years, Phil Elverum has been self-recording and releasing music as both The Microphones and Mount Eerie. Elverum released several albums as The Microphones throughout the mid-’90s to early 2000s, most famously 2001’s cult-classic The Glow, Pt. 2. But in 2004 he changed his project’s name to Mount Eerie, which has stuck ever since. Elverum stated in the album’s press release that “the name it has been called has never mattered much to me,” but releasing music as The Microphones warrants a head turn, be it a nostalgia for his early work or a new musical approach. After all, it’s been 17 years since Elverum has released music as The Microphones, the last album being 2003’s Mount Eerie. Recorded as one 45-minute piece, Microphones in 2020 is a reflection on the roots that define him, the unbridled fervor of youth, and the impermanence of it all.

For longtime listeners the sound of the album might be familiar: panning nylon-string guitar, warm, creaking DIY production, and Elverum’s soft voice questioning life’s mysteries. But the new release stands apart from his past work due to its singular focus and long-form structure. The album is one long reflection on his late teens and early twenties, while simultaneously striving to “break the spell of nostalgia and make something perennial and enduring.” Analogous to the passing of time, the music is dynamic and complicated, yet continues relentlessly, pausing for no one.

It begins with seven minutes of guitar chords strummed repeatedly, bouncing left to right, until Elverum comes in singing, “the true state of all things, I keep on not dying, the sun keeps on rising.” This extended intro feels similar to the beginning of The Microphones album It Was Hot, We Stayed in the Water (2000), on which a single chord is played for minutes until Elverum breaks the cycle with his voice. It’s impossible to know for sure whether this similarity is coincidence or an effort to bring listeners back into that space. Regardless of intent, the style and execution of the music is unmistakably Elverum’s.

Musically, Microphones in 2020 feels much more composed, in a classical sense, than a typical album. The lengthy track ranges from bare-bones nylon guitar to black metal distortion, echoing cymbals, and shimmering organ. Elverum’s syncopated drumming works as a timestamp to move from one sequence to another, as well as providing dynamic shifts in mood and intensity. The album climaxes about 22 minutes in as an overdriven organ drowns out the other instruments. As the organ builds tension, Elverum sings about a life-changing Stereolab concert he saw as a teenager that inspired him to write music that went “beyond mere melancholy into something that rings.”

These themes of staying power and universality permeate the album. Rather than just looking back fondly on his young days as The Microphones, Elverum searches for the thread connecting past to present. Rehashing lyrics from The Glow, Pt. 2, he sings “when I took my shirt off in the yard I meant it, and it’s still off,” implying a permanence in what he attempts to convey. Yet Elverum also embraces the unpredictable, chaotic nature of all things. Nothing stays the same, and it’s useless to try to live in the past. On the purpose of his songs, he sings, “If there have to be words, they could just be ‘now only’ and ‘there’s no end.’” Elverum recognizes the instability of everything around him, yet charges forward regardless.

Elverum also prepared a lyric video to accompany the album. In the video, Elverum shows old film photos of himself, friends, and places he’s been, offering an intimate glimpse into his past. The video is done in an almost slideshow style as he stacks the photos in rhythm with the music. The photos shown usually relate to what he’s singing about and offer a real-time visual accompaniment, further enmeshing the listener in Elverum’s story.

Though Phil Elverum has never stopped releasing new music, a new Microphones album seemed like the last thing 2020 had to offer. Microphones in 2020 is everything but a comeback album, and feels more like Elverum processing and grappling with his feelings for his first musical endeavor. “Burn your old notebooks and jump through the smoke,” Elverum writes. “Use the ashes to make a new thing.” These sentiments fit the album perfectly. Microphones in 2020 is a fascinating new addition to Elverum’s deep discography. It’s clear that as long as Elverum is able to create, no amount of fame or expectation will distract him from producing endearing, humble, and honest music. 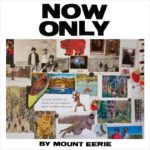 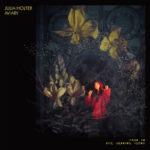 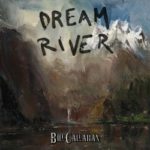