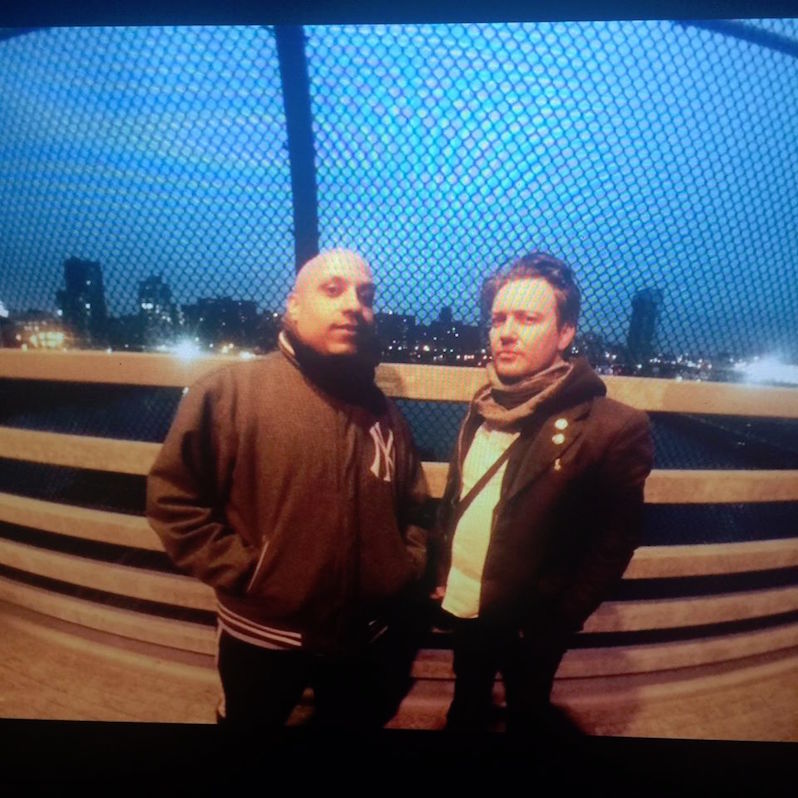 On Friday, Third Culture Kings—the collaboration between vocalist Jan Johansen (Glorybox) and Alap Momin of industrial-rap group dälek—will release their new album Different Kinda Angel via Internet & Weed. Today they’ve shared the new track “Keep It Alive,” a synth-heavy, psychedelic-pop single that balances the synth-pop immediacy of Depeche Mode or Pet Shop Boys with pulse of early house music and some of the most joyous Krautrock of Neu!. It feels like an appropriate introduction to summer.

Vocalist Jan Johansen says of the track: “Imagine writing a song in front of an audience, on a very old guitar you just bought from a college student.

“That’s a bit how I feel about the birth of this song ‘Keep It Alive’. I say ‘birth’ because it was literally born in front of the microphone. Other than one overdub and some harmony vocals, this recording is the first time I myself hear this song coming out of my fingers and mouth. The guitar strumming you hear bleeding into the song mic is the old Silverstone I had just bought 2 hours prior to standing in the studio. “Keep it Alive” is not even a demo of something I’ve been working on, this is the birth of an idea for a song, it just happened to be recorded to a click and then beat up by Alap (Momin). It’s one of the ways we work together, Alap and I. It’s actually our preferred way of working. I come from a more band-style recording past. We always worked fast and on the spot, but we would come to the studio prepared, do one or two takes and then work on vocals until they were on mark.  I thought I knew what working fast was, until I met Alap. Working fast and keeping first takes, even when the lyrics have not been worked on at all, is very interesting, especially when looking back and analyzing your own improvised lyrics: Where was I at at the time of recording? What was I going through? The lyrics will always be open-ended and up for interpretation for whoever listens to the song, even me…I still ask myself what the chorus means:

“Is it to keep the faith alive? The hope? The love?”

Hear the track below.