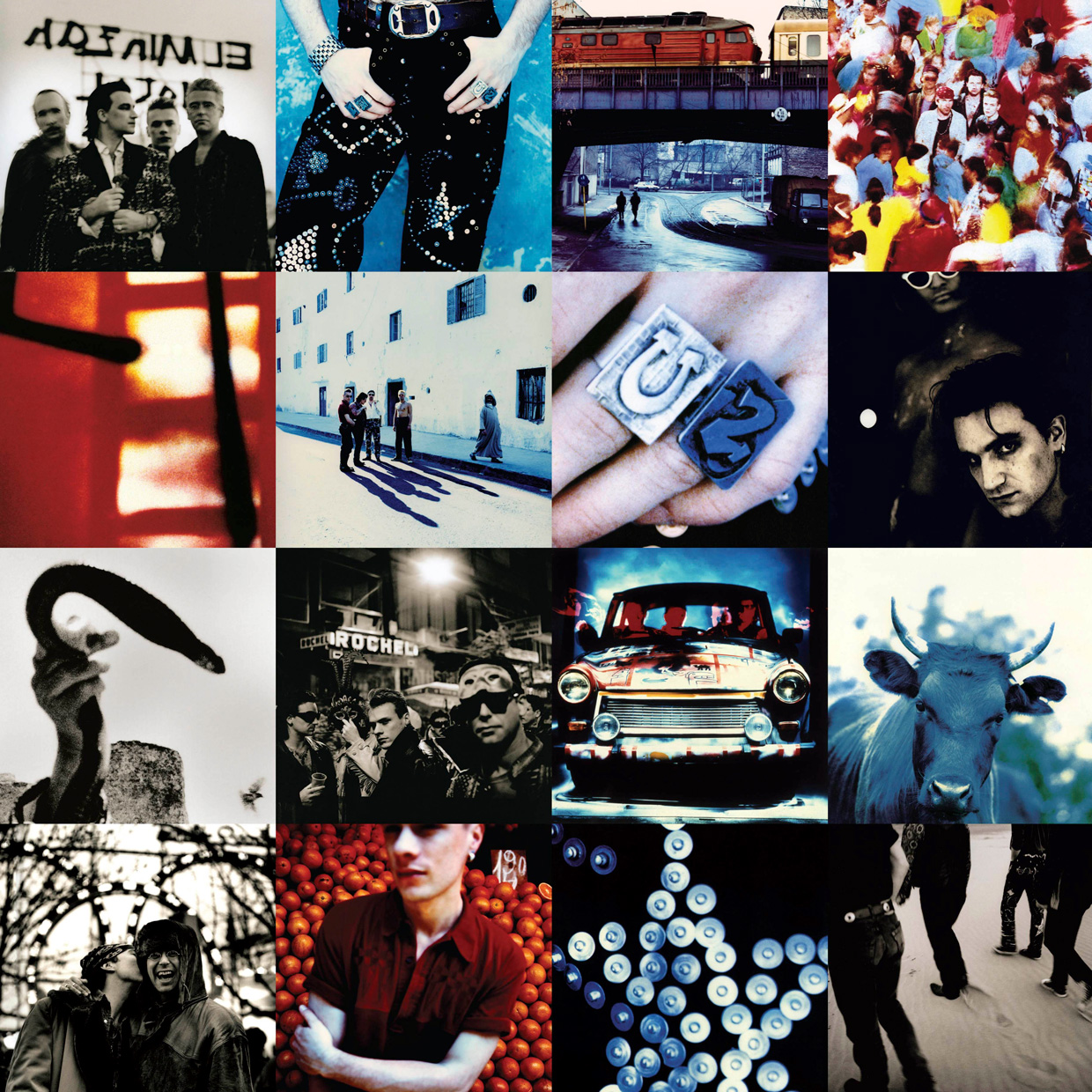 After the humble beginnings, the overabundance of hair, the ‘not a rebel’ songs, the mega stardom, the Christian leanings, the obsession with American roots music and an incredibly self-important movie, U2 had nowhere to go but sideways. Or so it seemed. Instead of being absorbed by their own egos, U2 poked a little fun at themselves, eventually making their own tour a pastiche of overexposure. Reinvention isn’t always easy. While some seem to have mastered the art (e.g. David Bowie, Madonna, Radiohead), others fall flat on their collective faces (e.g. Vanilla Ice).

Achtung Baby is arguably U2’s best album, depending on your mood. After the downright sober seriousness of The Joshua Tree, U2 surprised everyone with an album of electronic experimentalism, incredible hooks and songs of love, sex and passion, though with a sense of fun. One of the four Achtung Baby producers, Brian Eno, combined with the recording location of Berlin, made some think this U2 album would reach the sonic mastery that was Bowie’s Berlin trilogy, and while these assessments weren’t exactly wrong, it wasn’t that fair of a description of what U2 accomplished.

It was the album that almost wasn’t, as some of the band members’ penchants for electronica and a new direction was too much for other members. U2 nearly broke up, which would have created an alternate universe that I wouldn’t want to imagine, other than the absence of Coldplay’s Viva La Vida. But the writing of a particular song got the foursome back on track, and that song was “One,” quite possibly U2’s best and most recognizable composition. But that was only one of five singles released. I remember purchasing “The Fly” before the full-length album came out, and being both puzzled and excited at once. But, as other songs were revealed, including the sinewy “Mysterious Ways” and the charging “Even Better Than the Real Thing,” U2’s new direction was coming into focus, and people were digging it. In fact, at this point, they’ve been digging it to the tune of eight million copies and counting. Though not really even close to the sales of The Joshua Tree, it was still an incredibly significant number.

Though the singles are strong, and among U2 fan favorites, some of the best tracks on Achtung Baby are the non-singles. “Ultraviolet (Light My Way),” the opener “Zoo Station,” “Acrobat” and the slow organ backed closer, “Love is Blindness” all mesh so well with the rest of the album tracks, that I actually forgot which songs were singles, and which were not. In the end, that’s the stuff of which great albums are made. From start to finish, Achtung Baby finds U2 in fresh and exciting territory, with some of the Edge’s best guitar work, Bono’s best lyrics (with the lyrics of “One” garnering a vote for the best song lyrics ever written) and an establishing band’s embrace of a new style, incorporating it into their own arena ready sound.

It took three years to recover from the commercial disappointment of Rattle & Hum, a trip to Berlin, and the help of four producers (Eno, Flood, Daniel Lanois and Steve Lillywhite), but U2 found themselves on top yet again with Achtung Baby. Although it’s hard to argue with the majesty of The Joshua Tree, I might have to say that Achtung Baby has aged better. “One” is timeless, but other tracks have certainly become the blueprints for nearly every band to follow, including Radiohead and Coldplay, just to name two of the highest profile groups. U2 would experience a similar rebirth / resurgence with All That You Can’t Leave Behind, but since they had done it before, it was less of a surprise. Achtung Baby didn’t revolutionize the music world, but it reminded everyone that U2 was not only relevant, but worthy of being called one of the best bands in the world. 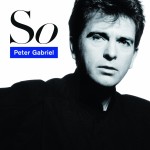 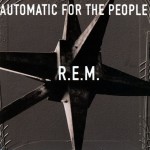 R.E.M . – Automatic for the People 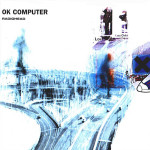