Treble: How did the Unwound Archive come about? Was its launch intended to coincide with the release of Live Leaves?

Justin Trosper: The website idea came up a couple of years ago in anticipation of our 20-year anniversary in 2011. Then it was decided we would get it rolling for the 10 year anniversary of our last show on April 1, 2002. The process of weeding out the recordings was very time consuming and none of us are webmasters or anything and it just took awhile to get everything rolling. Also, everyone has lives away from music so it is a typical labor of love — it gets done but not tomorrow!

We just wanted to show the world there was evidence that we existed. It is a bit like finding a lost society. People can look at our timeline, which is still incomplete, and see how many shows we played — hundreds. People should be able to learn things about the world at the time by looking at the website. Once it’s “done” it should be a useful time capsule or like a collection at a library. It is less a commercial endeavor than a historical document. But, yeah, we hope people will buy t-shirts and music too! These are the first t-shirts that we have made available since 2001. I guess we were letting other people take the money on that.

Vern Rumsey: I think the whole idea of putting out a historical document, be it a Live Leaves record, or whatnot, came about a long time before Justin mentioned, it just started to become a reality in the recent past. We all had other things going on, be it music, work, or personal issues… I think it was always in the back of our mind, and as “music” changed, as far as vinyl, CD, digital, and so on… it became more of an undertaking that none of us could see coming.

Now that this is all happening, I think we all wished it could come out as planned, but, as I said things have changed and it turned out to be more of a task than we expected, but at the same time, drew us somewhat closer to each other as opposed to driving a wedge.

Sara Lund: Putting together the archive is a way for us to take ownership of our legacy. Because Unwound basically pre-dated the Internet, the only stuff up there has been fan generated — which is great, but not exactly a complete or accurate picture. We all have piles of ephemera sitting around from the days of the band, so digging through it all and figuring out how to organize and present it to the world is a big undertaking and a true labor of love.

The audio is just one piece of the collection. But since we had this amazing record of our last tour recorded by Mike Ziegler, it just made sense to put it out in some way. Originally, we were just going to have it available digitally on the website, but then a friend/fan offered to help fund the vinyl release so we went for it. 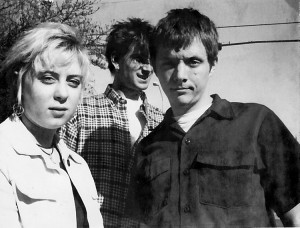 Treble: There’s a lot of material on the site — clippings, flyers, food diaries — how much of it had you personally kept, and how much was contributed from friends or fans?

JT: Most of that stuff is from our personal ephemera. There is actually way more stuff that is on there at the moment. I tried to keep ‘zines and that kind of stuff. They are musty and dusty but you can’t smell the website, yet.

SL: Most of the live photos were taken by other people, obviously. You can’t really take a picture of yourself while you’re playing. I took a lot of photos over the years, but pretty much all of that stuff is daily life on the road or pictures of cathedrals in Europe or MT Rushmore or something. I have piles of pictures of drunk people wearing wigs, drawing on their faces with magic marker. Does that need to go on the site? Not so sure.

VR: Going through stuff that has been sitting in boxes for years has been a little bit of a task… it’s like cleaning out a closet that you haven’t touched in years. You spend hours looking through tapes, pictures, and have a bunch of nostalgic moments, where it takes a lot longer to go through than you expected. I have felt the most joy, love, anger, anxiety, and any full range of emotions. Mostly I feel proud. I loved our band and I’m glad it happened. It seems to me that it wasn’t an accident.

The longer this project goes on, the more we will discover ourselves, and other people will realize what was happening at any given moment. 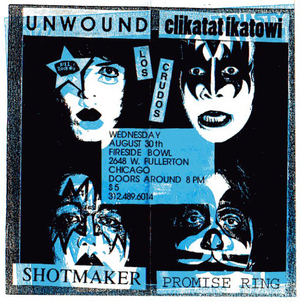 Treble:  Is there a particular memento or item that stands out to you, among the collection?

VR: I still have the first few tours logged into our Atlas, that you could not lose. It was amazing. These days, and toward the end of our tours, we didn’t have GPS or an Atlas, we had been everywhere… as long as we didn’t lose the number. We always got where we needed to be.

I always called us the hound dogs of punk. “Maps… we don’t need no stinking Maps!” I’m sure I drove Dave Doughman crazy with that. Never lose the number.

SL: I came across a journal I kept from a tour we did in 1995. I am a terrible journaler, but for that tour I had tied the tour into schoolwork I was doing at Evergreen so I kept a very detailed journal. It is a fascinating read. I think we played our first shows ever with Fugazi on that tour, we also played with Brainiac and Clikitat Ikatowi, and I have a journal entry talking about the first time I met Tara Jane O’Neil who is now a very dear friend and occasional collaborator. Because I was keeping the journal as part of a school project, there is this element of intellectualizing and analyzing everything, as if it were an anthropology assignment, that is a little bit embarrassing, but could also make it a more interesting read for someone besides myself. I haven’t decided how much of the journal I’m going to share on the archive, but I will definitely put up some excerpts when the time seems right. I really wish I’d been better about keeping journals. I wrote a lot of letters and later emails… if I could track all of that stuff down, I’d probably be able to cull together a decent record of tour life in the 1990s.

Treble:  There’s a Buddhist quote on the homepage – “The past is already gone, the future is not here yet…” How does this tie into the archive? Is it a commentary on nostalgia?

JT: Yes, it’s kind of a comment on nostalgia. It’s weird to see all the pictures of us so many years ago being kids basically. I’m not personally that nostalgic for the ’90s but I’m really proud of our accomplishments. I want it to be in the “history books” even if that is just our own website. So, in that way, we are being more proactive. Obscurity is too easy and not very rewarding.

VR: I think without a Buddist frame of mind, no matter what any of us were thinking at any one moment, we wouldn’t have made it through all that we did. We are, and were, very good at making fun of ourselves and each other. Sometimes called for and sometimes not, but at the end of the day, we always knew that we loved each other, even if (at the time) we hated each other.

SL: Living in the past is counter-productive, however there is no denying how one’s past plays a part in the person they are today and the person they will be tomorrow. I don’t feel like the same person I was when I was in Unwound, but I am without a doubt the person I am today because of my experience being in that band.