Leaves Turn Inside You

Treble: Leaves is the longest Unwound album, and, I understand, was the longest one to write and record… was there a sense that, if it came time to step away from the band, that album was the best way to close the book?

JT: For me, yes. But I usually approached every album in that fashion. Every record has a revelatory ending. “Below the Salt” should leave people not wanting more. But LTIY’s last mini-song “Who Cares” is actually a variation on the first song “We Invent You,” so it has a bit of circular, intriguing feel. It didn’t end with a sequel set-up.

VR: I don’t think that anyone expected, necessarily, to have Leaves be our Swan Song, but in hindsight it isn’t very surprising. We were all living in different cities, Lola (my daughter) was on the way, and whatnot. If we were going to go out on a good note, I think that Leaves was by far and beyond our most ambitious and accomplished record. I think that everything on that record came together. It was a culmination of years of live shows and recordings, and we pulled together some of the most amazing guitars, vocals, lyrics, bass, drums and other instruments like cello, by Derek Johnson, Brandt becoming part of the band again, and taking the helm for ourselves. It was something that I will always feel proud of.

SL: I think I was always more of an optimist. I definitely felt like we were turning a corner with our music and this record, but I don’t think I really expected it to be the end. I think I was thinking we were starting a new chapter. But in hindsight, it was a perfect way to end the book. 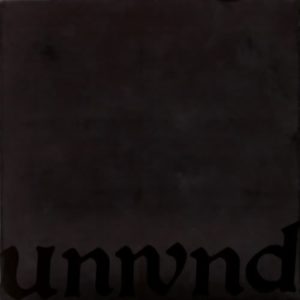 Treble: Was the intent to create a double-album all along? Or did it gradually expand from a smaller, core set of songs?

JT: We thought it would be cool to make a double — to take that kind of risk with a longer form record. We also said that we would trim the fat to a normal length if the content wasn’t there. Most of the songs start from a typical live band core and we built on those in the studio. I guess with doubles you can digest them in different ways — have one favorite side or one favorite disc or take an evening out and make it like a movie. I think we achieved cinema-like qualities with that record. I know we made some mixing errors but overall the element of quality is there.

VR: We didn’t set out to record a double album any more than we decided it would be our last. It just happened that way. There are plenty of double records that you wish would have been single LPs, but we had enough songs at that point, that we couldn’t decide what to leave out. Thus…

SL: It’s funny, there are only 14 songs on the record. That’s only two more than most of our other records. But two of those songs are around 10 minutes long. I don’t think there is any filler on this record, not even the two minutes of tone that starts the first side. By the way, bless the attention span of yore…

Treble: The thing that strikes me about those songs, even 10 years later, is that, for how expansive and pretty they are, they still have that core Unwound tension, and even aggression in places. Did they begin sounding more “punk” in a way? And were there any particular guidelines or rules as to what you would and wouldn’t do?

JT: Like I said, most of those songs started with a guitar-bass-drums core, like our chicken broth, which has all the normal chemistry of tension and violence. We spent a fuck of a lot of time adding layers and screwing around with ideas to make the record sound how it did. But, no, there weren’t really any guidelines or rules. We knew we were going to have to re-think the live set if we were going to tour on it. It was like, let the album happen and everything else will fall in line.

VR: I think that Leaves was a more intentional version of what your question was getting at. We never had a set “plan”, but as we have said, we were all living in separate cities at the time, so, we would just play and write as always. On the other hand, Justin always would send me stuff in Las Vegas, so that I could be prepared when I came back up to Oly to record. A lot of it was somewhat orchestrated, but not necessarily by anyone in particular, because even if I had a bass line, or Justin had an idea, or Sara had an amazing drum line, we would always work around it.

It didn’t seem all that much different, other than it was. It was different that Steve Fisk wasn’t there the whole time, or John, or anyone. It was very organic, which seemed normal, but different, and all the people that used to help us did, just in a different environment.

SL: I don’t think we as a band ever really set up guidelines or rules about what we would or wouldn’t do musically. I think our music always came from a very honest place. And even though we working a different way and really taking the time and space to stretch out, it was still Unwound making this record. The chemistry we had as players together was a thing unto itself.

Treble: There are also some loose connections between songs, particularly as concerns seasons. The title Leaves Turn, song titles like “December,” “October All Over” — how much of an influence did atmosphere and seasonal changes play on the album?

JT: I think it is coincidental in the way a lot of art just “happens.” There are design elements and shared chemistry that we don’t have a cognitive grasp on that are at play. So, the season theme kind of just happened but in retrospect I see it as my brain telling me — predicting — that there were changes in store, intuition based on real events. “Leaves Turn Inside You” came from an automatic/free writing session. It was actually “leaves turn inside me” but “you” sounded more universal. I was doing dream journals to work out ideas for lyrics so the whole album has dreamish gnostic quasi-religious themes throughout it. Seasons are rich in imagery and symbolism, both for life and death.

VR: I remember the name of the record being talked about. I don’t personally remember why we chose Leaves, as opposed to another title. I liked the name. The “December” song, came out of a personal experience. “October All Over” came from Justin’s experience.

Treble: Some of you have new bands now, but do you still feel as attached to Unwound’s music as you were before?

JT: I do listen to a song from time to time, especially in the last year. It is mostly objective/technical now, like “they could improve this here or there.” The live sessions had more emotional baggage and I felt attached to some of those moments. Unwound was always pretty deep (and fun at the same time) and there are a lot of crazy emotions and dark places that I frequented back then.

But part of becoming a better person is un-attaching your present self from your past self and not getting caught up in who you used to be as opposed to who you really are. I think we made amazing music and I have utmost respect for everybody but I don’t need to play it again. The new songs I write have a lot of the same design elements; they are just updated, reworked, and put through a different filter. I will always be someone that was in the band Unwound. I’m good with that.

VR: I don’t play anymore… but I feel the same way as JT. I am proud of Unwound. I feel like I couldn’t have been the person I am without Justin, Sara, and Brandt. I love the music they are making now and have no regrets, other than personal ones that may have hindered my friends over the past 10 years. Unwound was what it was, and I loved it then, I love it now. I don’t listen to it much, but when I do I think to myself “what a wonderful experience that was”

SL: I’m pretty sure a day doesn’t go by that I don’t think about Unwound or some Unwound-related experience, even just in passing. The musical connection I had with those guys is something I don’t know I’ll ever find again. Not that I haven’t made connections with the people I’m playing with now. But there is something that comes from learning to play your instrument along with other people, developing your style based on the styles being developed by your bandmates… that’s something that was a product of the age we were and time and space we inhabited together. It’s hard to say if I feel connected to the music itself now… but occasionally I will hear something and think, “yeah — we made that!”

I have no interest in trying to recreate Unwound or that style of music with a new band. I continue to approach music from a place of honesty. Respect that the music you are creating is an expression of your personal creativity.