Treble:  How much material did you sift through to select music for Live Leaves? And how long had it been, if ever, since you had last listened to any of Unwound’s live recordings?

Justin Trosper: There were about 30 recordings from that tour to sift through. We kind of put performance as number one priority and then further sifted by audio quality. So there are very few selections that had both excellent performances and decent audio. Every show was the same set with a few interchangeable songs, so the final release is true to what we played live, including all the sounds and samples between the tunes. It has an ultra-realist feel with the sounds of beer bottles and the like, so it hopefully creates a suspension of disbelief effect against the implausible cluster of the different recordings

Vern Rumsey: Justin and Sara did the bulk of that work, as much as I would have liked to help with it, there was a certain amount of shame on my end. It has been rather cathartic for me and I’m glad that Sara and JT have been there to help me through this.

Sara Lund: Justin and I divided the shows up – he started at the beginning and I started at the end and we met in the middle. Although, to be honest, he got way ahead of me so we met more like three-quarters of the way through. 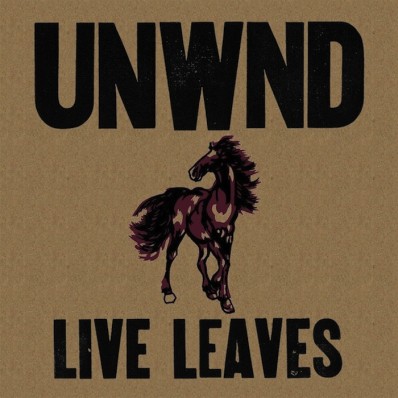 Treble: You note that Unwound “was not a consistent live band” in the album’s press release — in what sense? Do some tours stand out as being stronger than others?

JT: That statement caught a lot people’s attention. I think it is actually kind of a generic thing to say because almost all bands are that way! There are very few shows that were total disasters except for the last week of the 2001 tour. Throughout our career I personally probably blew a few shows out of hundreds. A lot of times it is dependent on the audience and your ability to transcend the prevailing mood of the night. That is just a constant challenge that never goes away. I think it is just a sub-skill of basic people management.

It’s hard to say exactly because audiences are so subjective. Some people would think a show was brilliant and I was going “Huh?” What were my expectations based on? I guess usually on the emotional high afterward. I would say over time we batted pretty high. The touring around 97-98 was probably when we reached a burnout phase. The last tour was a risky endeavor playing those weird songs with two extra people, but I think it was the right decision at that time.

Sometimes you are just not feeling it, but it is sort of your job to make it happen anyway. We were never like, “yeah, we are going to be as good as the James Brown band every night.” We didn’t wear uniforms. There was no dictator, which is what you need to be great every night. I think we were realistic and informal, sometimes to a fault.

VR: I think until the last tour we were pretty consistent. The shows, on the other hand, weren’t. One night you would play the Bottom of the Hill in SF, and the next night you would play at the B Street Basement in Santa Cruz. Until closer to the end, or especially the last tour, our shows were consistently good, it had more to do with the inconsistency of “What’s going to happen next?”

The last tour was an anomaly compared to all the other tours. There were more people, bigger venues, more expectations, and a lot of things that I, personally, wasn’t prepared for. I don’t think any of us could have predicted 9/11, but that was no reason for me to go off the deep end. We had to pull it together, it just took me a little longer and we did make it, albeit, not as “awesome” as it could have been. There were people like the three Daves and Mike Z. that helped us keep it together.

If Justin, Brandt (Sandeno) and Sara wouldn’t have put up with me there would have been no last tour, and thank God.. or whatever that Mike was there to take me away from them.

SL: I think the “consistent live band” is a rare item. Everybody has bad nights and good nights. But I would say even on our worst nights, someone would come up and say what a great show it was. And, like Justin, sometimes I would be like, “really?” It took me a long time to learn to just say “thank you” instead of telling someone they were wrong.

The best shows are when you get out of your head and transcend corporeal space. It can feel like an ecstatic spiritual experience. But those shows, are sadly, rare. In our case, we had such janky equipment, we often spent half the show banging on amps, or jerry-rigging bass drum pedals. It took a few years to get to a level that resembled “professional.” Getting stage tuners to avoid the 5 minutes of tuning between songs, even bringing extra gear along in case something breaks or to have guitars ready to go in alternate tunings. Figuring out how to keep my bass drum from walking away from me throughout the whole set…

Treble: For the Leaves tour, Unwound was a five-piece live band — how much of an adjustment was that, expanding from a trio?

JT: It was a big pain in the ass! Luckily, both Brandt and Dave had professional attitudes and were able to blend into the mess. We could have used another month of practices to build chemistry but that ended up being the first two weeks of the tour. Also, logistically there were things we didn’t think out very clearly, like space in the van and that sort of thing.

VR: Totally agree with Justin. Luckily, Brandt knew and played or helped record all the songs, so he knew them inside and out. Dave Stone was a rock and knew our music, no matter if we had practiced it much or not. We chose, and couldn’t have chosen better, two of our oldest friends that knew us, and our music, better than anyone.

SL: Yeah, we definitely could have used more practice and more space in the van! But it was so great having those guys, and Dave Doughman doing sound and David Wilcox as roadie. I think having all the extra hands on deck helped us stay relatively sane, even if that sanity more closely resembled insanity to the casual observer.

Treble:  Given how massive an album Leaves Turn Inside You was, were there any songs that logistically either weren’t realistic or possible to replicate live?

JT: It was just a matter of practice and repetition — time. We could have played any of those songs but we had to focus on a set which included some tunes from the other records. Everything was thought out in terms of the expanded line-up. For example, including “Lifetime Achievement Award”, which was impossible for me to sing and play guitar on, and the encore, which was supposed to be more chaotic with me taking over the mic without guitar. We could have done an entire LTIY set, but it would have been even more alienating to the audience.

VR: We had to come up with a “set” that we could play every night, but also had to have some variance to make it something other than monotony. We had to play old songs and we wanted to. Personally I think we could have played anything on Leaves, but people (including our tour entourage) wanted a little bit of variance.

SL: I may be wrong, but I think we managed to play all the songs live at one point or another. Not the last one, “Who Cares,” but that’s because it was just a mellotron or something. I don’t think we tried “One Lick Less” on the tour, but I’m sure we could have if we wanted to.

Next: Leaves Turn Inside You and closing the book