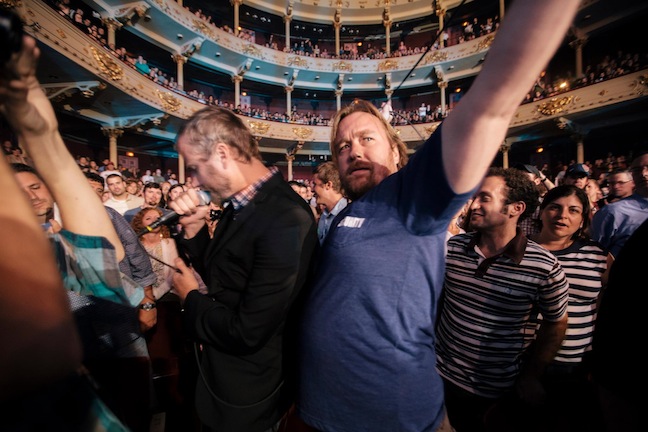 Tom Berninger, brother of The National’s frontman Matt Berninger, has directed a new documentary about the band titled Mistaken For Strangers. The documentary follows the band behind their 2010 High Violet tour, and tells the story of Tom’s role as assistant tour manager, which was fraught with ups and downs.

To Pitchfork, Matt said of the documentary: “The band is two sets of brothers, I’m the guy without a brother in the band, and my mom would always be sending him links to articles about us, where it would say that all the time. We joked about it a little bit, but I think he had a little bit of a chip on his shoulder. He wanted the world to find out that there is another brother. Eventually, things kind of went south as far as his role as assistant tour manager. We crafted some of it to tell that story, and we’re not calling it a pure documentary, but it’s a very honest, personal narrative that we started chasing.”

The doc will premiere April 17 at New York City’s Tribeca Film Festival, followed by a performance by the band. Watch the trailer below.