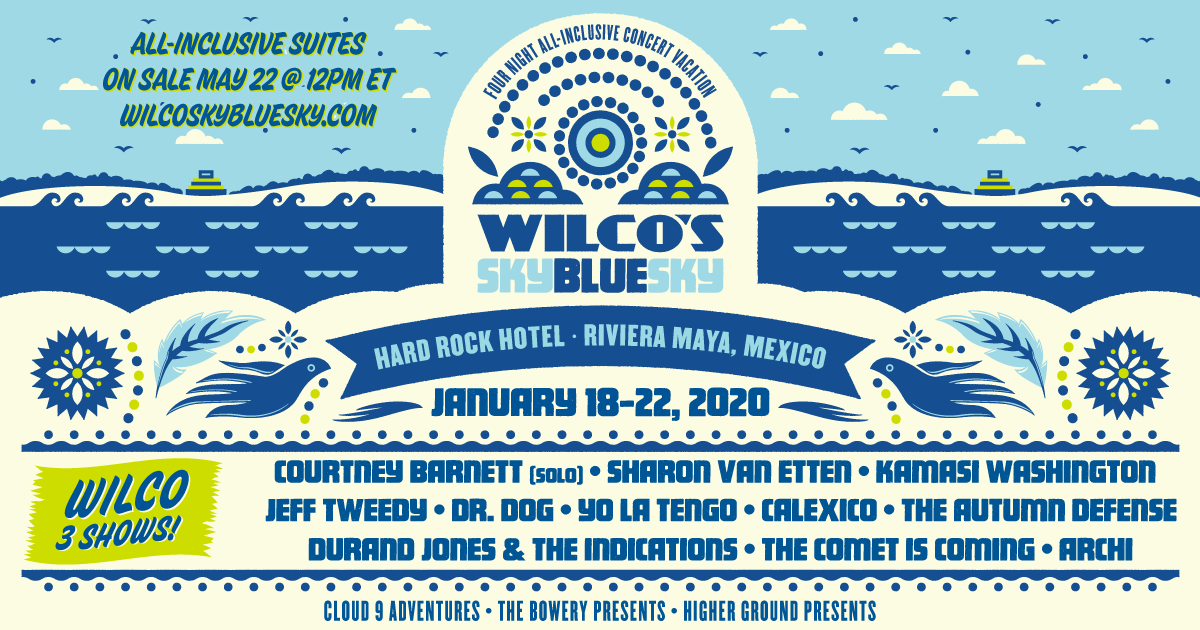 Festival attendance is an all-inclusive package that includes tickets, rooms at the hotel, meals and activities. It’s limited to 2,300, and will go on sale on May 22.

Wilco are also partnering with charity Positive Legacy, which integrates music with public service and encourages artists and fans to participate in days of community service. A portion of the proceeds will be donated to the charity.

Find out more about the festival here.

Read our Hall of Fame article on the 20th anniversary of Wilco’s summerteeth.