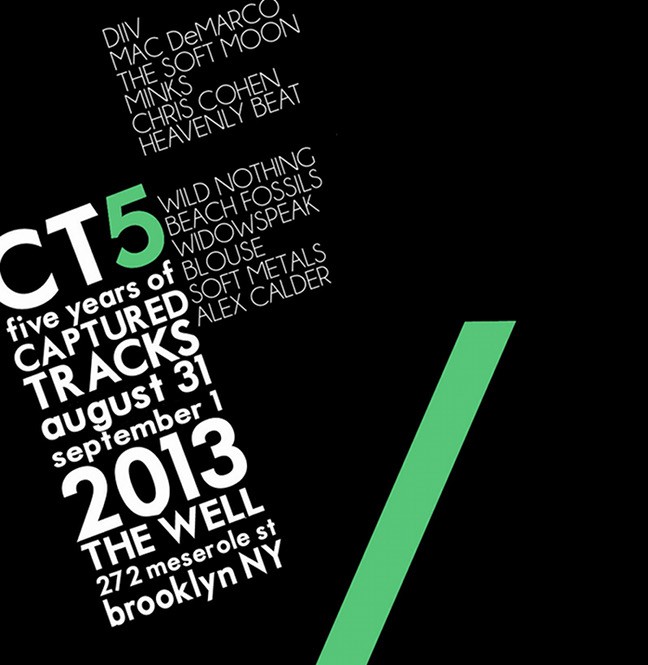 Captured Tracks celebrates its five-year anniversary this year, a landmark occasion for a class-act indie label that has given us such excellent albums as Mac DeMarco’s 2, The Soft Moon’s Zeros, and Wild Nothing’s Gemini. And the label’s way of celebrating is by throwing a two-day festival in Brooklyn. CT5: Five Years of Captured Tracks will be held at The Well, in Brooklyn, Aug. 31 and Sept. 1.

More info and tickets can be found here.