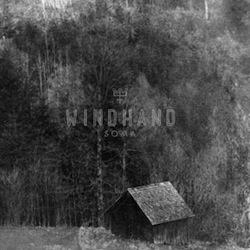 The south’s relationship with heavy metal has been a long and fertile one. It’s not quite as famous as California’s, nor as sensational as Norway’s, but the bottom-right corner of the United States has seen its share of periods of creative, unstoppable growth in its heavy music scenes. Death metal rose up from the depths of Florida in the mid- to late-‘80s. A slow, sludgy boogie crept out of Louisiana and North Carolina in the ‘90s. And a more psychedelic strain of sludge has been swirling around in Georgia for the past decade or so. Just a little bit further north, however — in Richmond, Va. — a scene that has yet to be pigeonholed with a particular sound, other than one built around antagonistic volume, has been cultivating ever since Gwar first donned their foam rubber armor. Its given rise to crossover thrash pranksters Municipal Waste, stoner rockers Cough, and the blackened doom of Inter Arma, whose Sky Burial is a shining example of the kind of innovation that’s happening in the Southern city’s rehearsal rooms.

Formed a few years after neighbors and now Relapse labelmates Inter Arma, Richmond’s Windhand have brought yet another amazingly heavy sound to the surface in their home city. After first catching ears with their eerie, albeit massive self-titled debut, the group made their Relapse debut earlier this year via a Split EP with fellow Virginians Cough. But the group saved their strongest material for sophomore album Soma, a six-track fortress of epic doom, psych-rock and folk that’s as notable for its soulful, accessible melodies as it is sprawling compositions and roaring fuzz.

Moving at a giant land-beast’s creeping pace, and sprawling out over 75 staggering minutes, Soma arrives not just fully formed, but uncompromisingly massive, practically threatening to consume the listener whole. That’s what good doom should do, after all, and what Windhand play is most certainly the best kind of doom. There’s a thick, crusty fuzz that opens up first track “Orchard,” its disembodied bellow seemingly broadcast from Stephen O’Malley’s grimmrobe. But a crack of drums breaks through, and in comes Dorthia Cortrell’s soulful moan, an eerie but full-bodied vocal that’s somewhere between Electric Wizard and the cries of a ghost.

Building on the ever-so-slightly increasing momentum of “Orchard” is “Woodbine,” a 9-minute standout that incorporates even catchier hooks, burlier riffs and a headier, stoned atmosphere. Yet Windhand feel no compulsion to get anywhere in a hurry, and the River Styx joyride they pilot is a gradual reveal of darkened scenery, impressive in its scope on the 14-minute slow-burner “Cassock,” or the mostly acoustic ballad “Evergreen,” which trades a more crushing threat of doom for a chilling, stripped-down blues.

Though sufficiently inspiring in its scope during the first five tracks, Soma finds Windhand taking their ambition to an even more staggering level during the final, 30-minute track, “Boleskine.” It’s bigger, slower, more expansive than every track that precedes it, which also means it’s a bit more exhausting, though the patience to sit through the saga is worth it. Windhand are crafting doom metal with a uniquely melodic and dense approach, never compromising a good tune for the sake of volume, or vice-versa. Doom metal, apparently, can have it all.