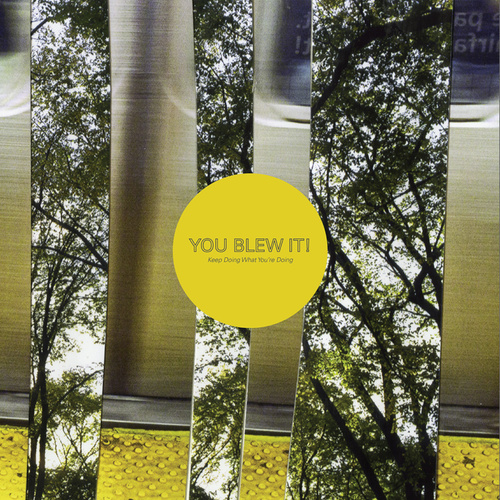 When Thrasher magazine dubbed D.C. hardcore band Embrace “emo-core” in 1985, Ian Mackaye responded by saying it was “the stupidest fucking thing I’ve ever heard in my entire life.” That’s a pretty quick turnaround for a backlash, but emo’s been nothing if not divisive over the course of its three-decade evolution. So in the mid-‘90s, at peak saturation of “boy-driven, glasses-wearing, overly sensitive, overly brainy, chiming-guitar-driven college music,” as Andy Greenwald describes it in Nothing Feels Good: Punk Rock, Teenagers, and Emo, the level of attention leveled at emo split down the middle between celebration and derision. It doesn’t take much effort to figure out why: feelings have never been particularly cool.

It’s a perfectly fair knock; not to say that the musicians in indie bands didn’t attract their share of groupies or become idolized — particularly after the genre drifted from polite Midwestern indie rock to a more theatrical, asymmetrically coiffed version. But no matter the appeal, many of these bands were still dorky white guys moping about their girl problems and fit too easily into a certain stereotype. Still, the artistry and songwriting was there for anyone interested in looking past those horn-rimmed glasses and deeper into the dynamics of Sunny Day Real Estate, the rhythmic complexity of Braid, or the big hooks of The Promise Ring. The depth was there for those who sought it, and the number of articles about a kind of perceived “emo revival” suggests that a generation of musicians wasn’t content to leave the sound in the ‘90s.

Orlando, Florida’s You Blew It! are often mentioned as one of the chief revival bands, largely on the strength of their 2012 album Grow Up, Dude! And on their latest album, Keep Doing What You’re Doing, you could make a fun game out of spotting the ‘90s-era emo trademarks: melodic guitar twinkles a la American Football, Braid-style riff harmonization, and the voice-cracking screeches of just about every emo band of the past 20 years or so. And I’d be remiss not to state just how big of a role those pesky, uncool feelings play on this record. Singer Tanner Jones spends most of the record expressing them, coming to terms with them, and occasionally wallowing in them. He opens the record addressing them directly (“Don’t take this the wrong way/ I know you can’t relate/ to feelings you don’t have personally”), turns introspective on “Strong Island” (“I’m still finding pieces of me that I can live without”), and picks a little more deeply at his wound on ”A Different Kind of Kindling” (“I’ll find solace in anything that isn’t this”). And were this a cocktail party, maybe Jones might not be the most fun guy in the room, but his angst is both believable and relatable, which an extra smear of eyeliner tends to blot out.

All heavy emotions aside, though, what You Blew It! excels at is rocking hard. Keep Doing What You’re Doing is littered with excellent moments of deft fretwork and stunning melodies, from the complex guitar interplay of “Rock Springs” to the soaring chorus of “You & Me & Me,” or the Sunny Day-style density of “House Address.” There’s no getting around just how powerful the melodies are on the album, or for that matter the musicianship. Revealing as some of their lyrics might be, You Blew It! exorcise emotions more effectively via their sonic assault. Because if there’s one feeling that comes across stronger than any other here, it’s catharsis.

Tags
You Blew It!