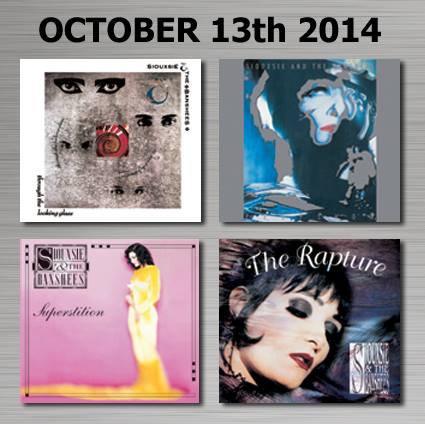 Siouxsie and the Banshees are re-launching an ongoing reissue campaign this fall. Slicing Up Eyeballs reports that the band will reissue their final four albums — 1987’s Through the Looking Glass, 1989’s Peepshow, 1991’s Superstition and 1995’s The Rapture — with remastered audio, unreleased tracks and expanded liner notes. The four albums will be released on Oct. 13. No tracklists have yet been announced, so the extent of the bonus material hasn’t been revealed at this time.

This continues a campaign that began back in 2005, which saw  reissues of the group’s albums The Scream (2xCD), Join Hands, Kaleidoscope, Juju, A Kiss In the Dreamhouse, Hyaena and Tinderbox.

However, Slicing Up Eyeballs also reports that this might not be the last of the Banshees news this year. Longtime Banshee Steve Severin wrote on the Siouxsie and the Banshees Facebook group, “Something else drops on Oct. 20th. Another thing in November. Something in the New Year and something BIG in March.”

Tags
Siouxsie and the Banshees