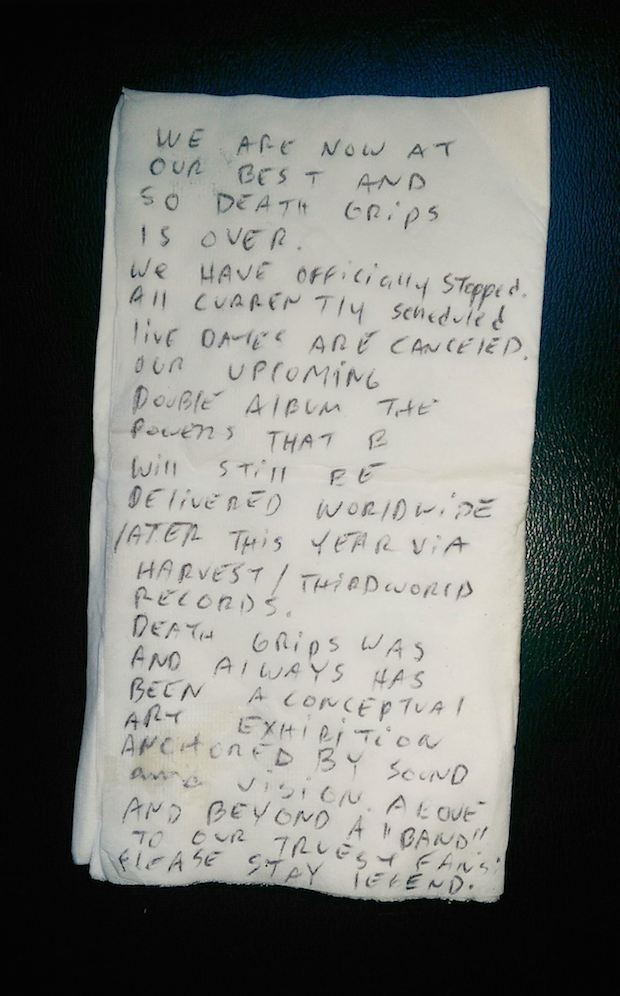 Ever since destroying listeners’ eardrums with their explosive major label debut The Money Store, Death Grips have had a reputation for bizarre offstage behavior, to the point of being openly antagonistic. They released their album NO LOVE DEEP WEB for free, without their label’s permission, and slapped a big picture of a penis on the cover. They didn’t show up to Lollapalooza, canceled a bunch of shows, and as of today, the Sacramento industrial hip-hop group is apparently done.

On Facebook today, the group posted a note stating that “We are now at our best and so Death Grips is over.” All of the group’s live dates have apparently been canceled and perhaps echoing the sentiment that Death Grips is some kind of provocative performance art project, the note more or less confirmed it: “Death Grips was and always has been a conceptual art exhibition anchored by sound and vision.”

Given the weird history of the group, it’s not out of the question to expect that “The end” is not really the end. Though time will tell. In the meantime, their next album The Powers That B, which features recently released Björk collaboration Niggas on the Moon, will still be released later this year via Harvest.

Read the full note above.