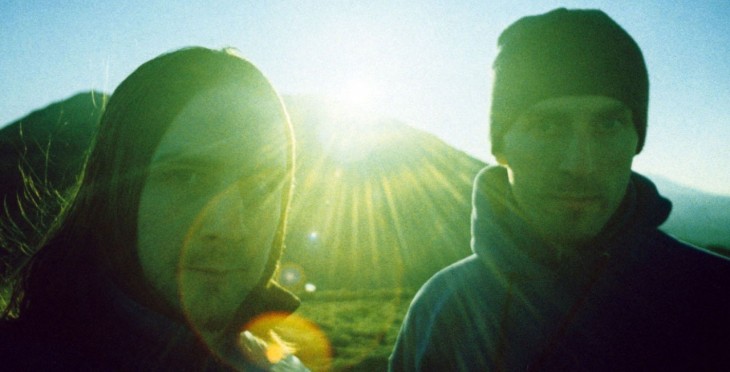 In a couple weeks, enigmatic Scottish duo Boards of Canada will re-emerge with Tomorrow’s Harvest, their first new album in eight years. But if taking a little extra time to put the finishing touches is what it takes for a group responsible for at least two genuine electronic masterpieces, then that’s perfectly fine. In fact, it gives us the opportunity to revisit “IDM,” the curiously named, oddly elitist-sounding genre that cropped up in the early ’90s when electronic began to make the transition from club music to bedroom symphonies. IDM stands for “intelligent dance music,” which has an implicit suggestion that dance music, perhaps, isn’t intelligent. But the real distinction isn’t so much in smarts or in know-how, but in approach. IDM producers typically deconstructed dance music and reconfigured it into a more complex and challenging form of art. In fact, it’s not always very danceable at all. Some Aphex Twin tracks, for instance, won’t even repeat any one measure exactly how it transpired the first time. And Four Tet, whose Rounds turns 10 this month, opted for more subtle, haunting sounds than big, booming beats. There’s no one formula for IDM, but there’s a definite sense of sophistication and curiosity behind all of its best albums. Here are 10 Essential IDM albums, selected by Treble’s glitch fanatics.

One of the few things I ever contributed to the crowdsourced rateyourmusic.com was a 2008 note on this first serious collection of Richard D. James’ work as Aphex Twin. The sentiments still ring true. Electronica as a whole has gotten more weird and more wonderful since this album came out in 1992, and it’s likely because SAW‘s sounds included not just the DNA of IDM’s sizzle and spark but excursions into related spaces: languid ambient (“Ageispolis,” “Schottkey 7th Path”), wiggling house music (“Green Calx,” “Ptolemy”), headnodding hip-hop (“Delphium,” “We are the Music Makers”). You need to remember the years referenced in the title to understand just how absurdly far ahead of its time this music was. This may have been the first purely electronic release I ever purchased, and I still feel on the cutting edge whenever I put it on. – AB

Landscapes and machines are each suitable analogies for Tri Repetae. Every song has an incredible sense of atmosphere and depth — high pitch sounds whiz by in the foreground and intimidating, brooding tones unfold over longer measures in the distance.  And beyond the industrial aesthetic, individual pieces feel as though they’re bolted together; constantly pushing and pulling each other into or out of focus, creating a symmetry that’s the perfect foundation for the chaotic melodies that emerge on top. The great illusion and achievement of Tri Repetae is that it feels grown rather than composed. The English duo plant the seeds, press start and let the music come to be; like a tree, or a program. – DG

On first listen, Dead Cities, the fourth album by Manchester (not London!) duo Future Sound of London, doesn’t make any logical sense. Is it dance music? Sort of. Is it ambient? Definitely. Is it something in-between? Pretty much. The album, released during the Wipeout XL/MTV Amp era in which “electronica” became a buzzword on everyone’s lips, had a definite big-beat banger at the center of it: “We Have Explosive.” But beyond that all-too-appropriate title, the album itself took on more subtlety, amorphously globbing into different shapes and forms with each track, no two of them sounding anything alike. The title track emanates ominous vibes, while “My Kingdom” plunks the listener into an exotic wonderworld. And various tracks find atmospheric effects juxtaposed against disembodied voices. It’s part dystopia and part daydream — the hypnotic soundtrack to a beautiful ruin. – JT

Part dub, part krautrock, and part amorphous mechanized blob of radiating joy, Mouse on Mars’ unique IDM visions offer no shortage of surprises, even on the 10th or 11th listen. Jan St. Werner and Andi Toma clearly have some fun with their fluid arrangements on Autoditacker, one of the best of a consistently thrilling catalog of anti-dance music jams. In fact, “Sui Shop” is essentially a dancefloor hit, pulsing with hot beats beneath springy synth sproing!s and robo melodies. There’s a slightly more subdued flavor to “Juju,” with hypnotic and gorgeous layers of synthetic pulses, and “Twift Shoeblade” even rocks in its own goopy, gloppy way. Autoditacker is a curious construction, but a solid one. IDM never seemed so fun. – JT

Boards of Canada – Music Has the Right to Children

I’ve praised this album so many times in so many different forums, for so many different reasons, that I might have to impose a moratorium on my nominating this damn thing for more column inches. Suffice it to say that the intelligence in this IDM comes from Scotland’s Sandison brothers creating not just a unique set of sounds but an immersive atmosphere; some might even call this debut of theirs a time warp. It’s found-sound music conveying the 1950s through the 1970s, bounced back to us by aliens intercepting the galactic echoes of our own broadcast waves. Epic tracks like “An Eagle in Your Mind” and the suite-like “Happy Cycling,” and even the scraps and interludes like “ROYGBIV” and “Olson,” suggest childhood dreams soundtracked by classroom filmstrips and public TV documentaries. Plenty of artists and albums, before and since Music has the Right to Children, have latched onto similar gurgling sample arrangements and über-retro moods. Few, if any, have ever blended both as perfectly. – AB

Dntel – Life is Full of Possibilities

Even in the the delicate, glitchy future laid out in the vibes of Life is Full of Possibilities, The Postal Service’s Give Up would probably still win all of the popularity contests. But in 2001, Dntel (Jimmy Tamborello) and Ben Gibbard’s collaboration was but a brief moment on the former’s on magnum opus. Creating soft and seamless soundscapes without losing the drive and anticipation that makes electronica so addicting, Dntel invented a sound that no one (not even himself, really) would truly revisit. By using samples and synths to craft subtle, ambient masterpieces, Tamborello stamped his own mark in time. – ATB

In the late ’90s, as a teenager, Londoner Kieran Hebden played guitar in post-rock group Fridge, but not long after, began to pursue gentle, beautifully glitchy sounds under the name Four Tet. And while he started out strong with 1999’s Disclosure and 2001’s Pause, he truly hit his stride with third album Rounds, a twinkling, complex blend of acoustic and electronic sounds that various critics dubbed “Folktronica.” The implications of the name are a bit misleading, though; Rounds doesn’t merely back simple folk arrangements with sputtered beats. In fact, the album is one of the more graceful and thoughtful combinations of samples, loops and plucks of strings or plinks of glockenspiel. His sound takes on many forms—the euphonious mish-mash of “Hands,” the gentle lullaby of “My Angel Rocks Back and Forth,” the subtle exoticism of “She Moves She”—but it always feels beautiful and alive. Electronic music rarely feels so organic. – JT

Miami-born Guillermo Scott Herren’s sophomore release under the Prefuse 73 moniker, One Word Extinguisher is an hour-long journey whose route varies depending on the listen. Smooth and groovy on the outside yet complicated and experimental at its core, this one works as a brilliant backdrop for lounging, partying and working alike.  But give in to its chopped-up vocal samples (and live vocals from the likes of Mr. Lif and Diverse) and elegant mixing, and a deep, intent listen can be like honey for your ears.  – ATB

We can endlessly debate who in its roster of talent gets assigned to roles as electronica’s Brian Wilson, John Lennon, and other paragons. It’s Winnipeg-based producer Aaron Funk, however, who fits a relentlessly aggressive punk vision. He might be IDM’s Johnny Rotten, or better yet its G.G. Allin, having never softened his creative stances. Most of Funk’s output comes under his brutalist drill ‘n’ bass stage name Venetian Snares, and the widest opening for a neophyte to enter the catalog would appear to be this 2005 album. Modern music is slowly making more Frankenstein’s monsters, using technology to reconfigure one style in the context of another. (See: Moby fitting his techno beats to Americana field recordings, or the Erector-set jazz of Flanger and Flying Lotus.) On Rossz Csillag Alatt Született, Funk weaves samples and snippets of moody, minor-key classical music — especially that of Hungarian hero Béla Bartók — around and through the frenetic jazz loops, turntablism, and glitchy technology already germane to his work. For as wildly as this interpretation of dread and sorrow ricochets in headphones, it has darkly beautiful structure. – AB

Flying Lotus doesn’t necessarily fit into any one genre all that comfortably, making our nomination of Los Angeles as one of the best IDM albums open to some qualification. The Los Angeles producer ostensibly crafts a runt style of cosmic dance music that’s part Dilla-style hip-hop crackle, electric Miles Davis jazz fusion, Autechre glitch and Burial-on-uppers twitch-step. And FlyLo, born Stephen Ellison, puts his own Southern California stamp on it, melding these disparate yet fluid elements into a stunning landscape he calls Los Angeles. It’s dark and exotic, certainly more so than the sunny freeway-scapes that often characterize the City of Angels. This is LA after hours, underground and anonymous. – JT