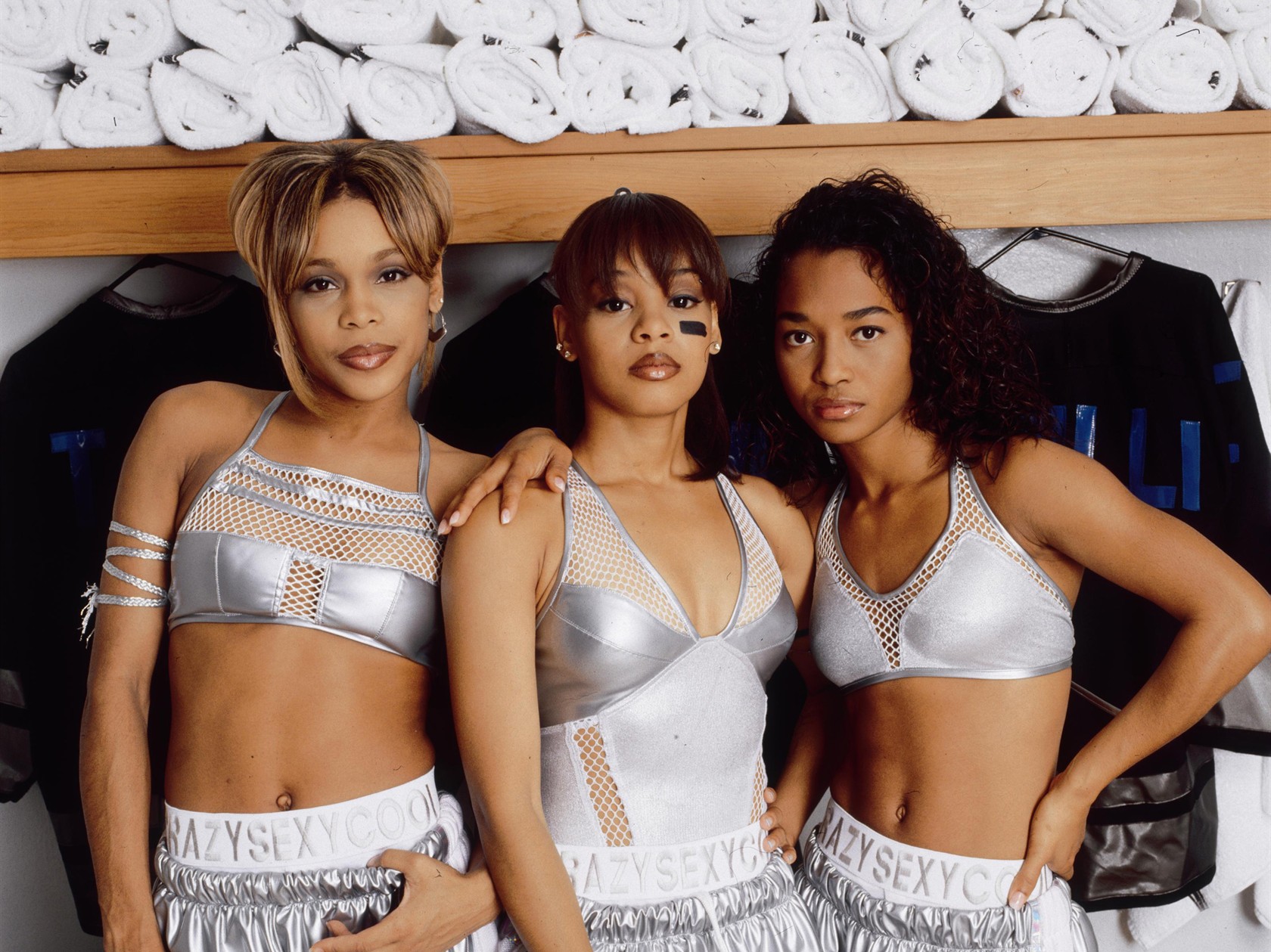 We at Treble have done quite a few Valentine’s Day features in the past. We’ve done Break Up Albums, Between-the-Sheets Albums, and plenty of records that fit somewhere in between. But this week we thought we’d go back to the records that first taught us the language of love: ’90s R&B. At school dances, in awkward make-out sessions, or just in music videos with lots of sexy extras, these songs provided some early soundtracks to amor. We’ve grown a little older and wiser since then, and whether or not these tracks still speak to us as profound statements of love or loss, they definitely stand the test of time as great songs. So here they are, our 10 Essential ’90s R&B singles. 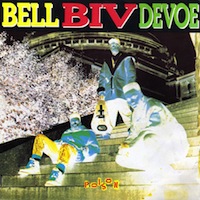 Before I continue with this and if you don’t mind, I’d like to copy my favorite lyric from Bell Biv Devoe’s “Poison,” purely for the experience of typing it out and looking at it on my screen: “Me and the crew used to do her.”

Thanks for the indulgence; it’s a dream fulfilled. An ode to a New Jack femme fatale, “Poison” was the lead single and title cut from the New Edition splinter group’s massive four times platinum debut album from 1990. Two plus decades on, “Poison,” built around jazz-throb bassline, quickstep, rat-a-tat beats and a percussive Kool G. Rap sample, holds up surprisingly well, fresh, even. Written by producer Ellliot Sraite (he also was behind Color Me Badd’s introspective “I Wanna Sex You Up”), “Poison” is a showcase for the trio’s distinct vocals. Ricky Bell handles the singing and he really does nail the mix of teenage lust and anguish on the lead-in to the hook, “She’s driving me out of my mind.” Ronnie DeVoe and Michael Bivins bring the rhymes on later verses. Devoe’s silky flow is the better of the two, but Biv’s effort doesn’t subtract from the song. Plus, “Poison” offers some sage advice — “Never trust a big butt and smile.” I’ll tell you what, I never have. – SC 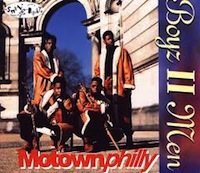 Four enterprising alumni of Philadelphia’s venerated High School for the Creative and Performing Arts snuck into a New Edition concert. The rest, as they say, is history. “Nate, Mike, Shawn, and Wan” helped lead the charge of a new crop of melodic and emotive soul performers driven by electronics and influenced by hip-hop, some even name-checked in the lyrics of this first release. Before the quartet’s popularity exploded through their love songs, they used this track to show off their talents to the public as they once did cornering Michael Bivins with their impromptu backstage audition. This is a hard-charging template for new jack swing, one full of barbershop harmonies and spoken-word breakdowns, that at last makes the oft-ignored connection between the front half and the back half of the song’s title—Detroit’s long R&B legacy merged with the skill hiding in the home of Gamble & Huff. – AB 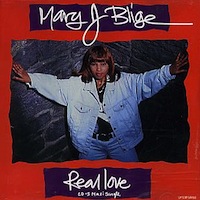 Those unfamiliar with Blige’s ‘90s output will recognize the chorus of “Real Love” from its adapted use by singer/producer Frank Ocean in Channel Orange’s “Super Rich Kids.” But almost two decades before that groundbreaking R&B album, Mary J. Blige was crafting a soulful sound that was all her own. Combining soul tradition with hip-hop innovation, Blige’s debut showcased her unique vocal style, backed by a plethora of talented writers and producers. And perhaps no track summarizes the album’s sound better than “Real Love,” which mixes prominent hip-hop breaks with a crooning love song in the R&B tradition. The track was a game changer for both genres, birthing a fusion that’s still thriving on the charts today. – AK

Is anyone’s career as simultaneously prolific and sexy as that of Prince? The short answer is no. The long one? Try listening to “Sexy MF,” a cut from his 14th album, without getting a little excited. The track mixes solid funk — in the vein of James Brown’s JBs — and ’90s R&B for a smooth and timeless groove supporting Prince’s spoken word verses, his soulful chorus line, and an assortment of horn and guitar solos. Add in a more rap-centric finale and you’ve got a classic ‘90s hit. Now that’s “sexy, motherfucker.” – AK 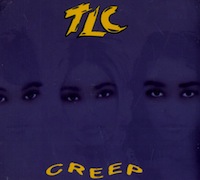 As successful and fun as TLC’s debut album Ooooooohhh… On the TLC Tip was, T-Boz, Lefteye and Chilli offered up a much more impressive set of songs the second time around, showcasing a maturity and overt sexuality that might not have come across the first time around. With more than a little Prince influence coursing through their grooves, the trio kicked off their encore party with this still-hot single, which doesn’t at all show its age 20 years down the line. Essentially a song about two lovers who cheat on each other, its lyrics take no moral stance other than that affection and sexual needs are a two-way street, and for that it’s all the more interesting. That and it bumps, hard. – JT 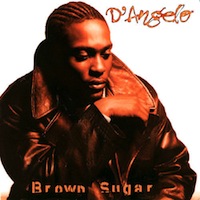 To date, we haven’t heard that much new music from D’Angelo since 2000’s Voodoo, his second album and indisputable masterpiece. It’s a double-edged sword to peak that early, of course, but there were hints from early on that the soulful singer/songwriter was headed toward greatness. It’s all in his first single, “Brown Sugar,” released when he was a young gent of 21 years, but steeped in generations of soul and funk, from Marvin Gaye to Prince. And while it shares a common name with a Rolling Stones blockbuster, the only similarity they share is sexual electricity. This grooves deep, and down there is where you can really feel it. But then again, it’s a richly textured and smoky slab of R&B that sounds great in pretty much any scenario — vertical, horizontal or just chillin’. – JT 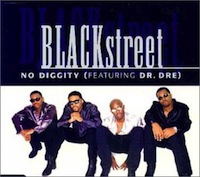 Blackstreet – “No Diggity” [feat. Dr. Dre] from Another Level (1996; Interscope)
Buy at iTunes

By 1996, New Jack Swing wasn’t just on the way out, it was pretty much done. The rich vibes of neo-soul and hyper-sexed slow jams of artists like R. Kelly were dominating the landscape, but that didn’t stop New Jack architect Teddy Riley from delivering one more unstoppable jam. On “No Diggity,” Riley lays down a bluesy sample culled from Bill Withers’ “Grandma’s Hands,” invites Dr. Dre to introduce the track with his hard-as-nails delivery, and comes out the other side of these five minutes with a single so undeniable, you pretty much couldn’t go anywhere in the mid to late ’90s without hearing it. So maybe this was New Jack Swing’s one last hurrah, even if it sounded a lot more like hip-hop. No diggity, no doubt. – JT 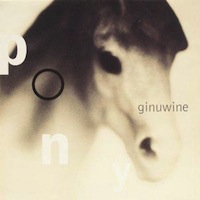 Resurgently popular due to its use as a stripping soundtrack in Magic Mike, this lead single from the D.C. singer’s debut 1996 album is about as filthy as a mainstream R&B song could be without dropping cuss words left and right. Without question, Prince is this song’s X-rated spirit animal. Ginuwine’s lyrics shift between horse-related imagery (“Someone who knows how to ride/Without even falling off“) and straight-up naughtiness (“Juices flowing down your thigh“), but the distinctive markings of this track are the creaking, sinister loops that sound positively moist. Although Ginuwine never really reached this kind of creative summit again, “Pony” and in fact the entirety of Ginuwine…the Bachelor indicated just how good Timbaland’s production and songwriting could be. – AB 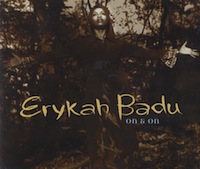 These days, Erykah Badu’s name is synonymous with neo-soul. And for good reason. While she may not have entirely invented that chill, less commercial form of R&B, single “On & On” was largely responsible for breaking it to a general audience, having spent a couple weeks at No. 1 in the hip-hop/R&B charts upon its release — also for good reason. You’d be hard pressed to find a better representation of ‘90s neo-soul; between its muddy bass and jazzy drums, the production is simultaneously groovy and ambient.  The beat alone is worth recognition but with Badu’s distinct, youthful voice crooning out socially-minded rhymes, this track is a hall-of-famer. – AK 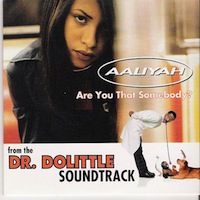 At the time, Timbaland’s production seemed a little bonkers. His syncopated beats on Missy Elliott’s Supa Dupa Fly were weirdly captivating on their own, but then he goes and loads up this Aaliyah song with loops of a baby cooing and some high-speed human beatboxing. Of course, in today’s context it’s really just a prototype for some of the outstanding work he did on her 2001 self-titled album, not to mention Justin Timberlake’s FutureSex/LoveSounds. It’s Aaliyah, however, who grounds the track. While Timbo goes hog wild with whatever he’s got lying around in his trunk of samples and effects, she keeps an ethereally stoic approach, providing a cool counterpoint to the beatbox madness. It seems a little silly, in retrospect, that this was on the Dr. Doolittle soundtrack, but however it arrived, we should just be thankful it did. – JT