It’s starting to look a lot like this summer is turning into the Summer of Americana. Next week, Wilco hosts their annual Solid Sound Festival, which brings together acts like Neko Case, Low, The Autumn Defense and the hosts, Wilco, for a weekend in Massachusetts. And then, after that, Bob Dylan is bringing Wilco and My Morning Jacket along for his Americanarama tour. Add to that some new, up and coming albums by Neko Case and Califone, and there’s a whole lot of new twang happening up in here. So, it got us thinking — if we were to write up a primer on the best in alt-country, which albums would we choose? That was a hard question to answer. Even more so than a lot of other top 10s we’ve cooked up, a list of 10 alt-country essentials lends itself to having to cut out albums that really, really deserve to be counted. It’s a tough job, but somebody’s gotta do it. Maybe on another occasion, we’ll do the 10 Other Essential Alt-Country Albums, but for now, you’ve got to stop somewhere, right? Here our picks for the 10 best alt-country albums. 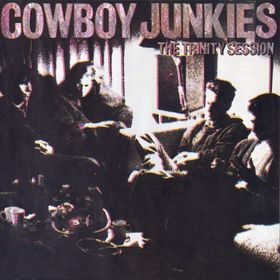 One of the first big detours taken by country music was not into rock, but into torch-song jazz. Toronto’s Timmins family and their friends had quietly debuted in 1986 with Whites Off Earth Now!!, an album full of delicate blues covers that probably qualifies as one of pop music’s great false starts. They repeated their recording process for that LP—crowding around one microphone, eschewing overdubs—but moved from their garage to the hallowed halls of a local church. The results build off of a much more even split of new writing (fan favorite “200 More Miles,” the sadly swaying “I Don’t Get It”) and standards borne mostly on the back of their haunting take on The Velvet Underground’s “Sweet Jane.” The Trinity Session surveys both reverence (of place, of the cathartic journey) and reverb (Margo Timmins’ vocal quiver, guitars from Michael Timmins and Kim Deschamps) in a setting that welcomes both. – AB 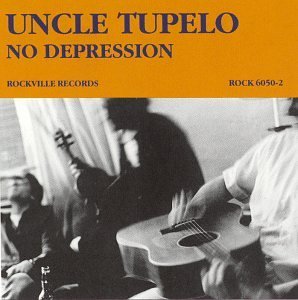 There are influential alt-country bands, and then there’s Uncle Tupelo. Essentially the band that made alt-country a genre worth paying attention to, Belleville, Illinois’ Uncle Tupelo made a handful of outstanding records with a fairly simple stylistic approach — blending the raw, scruffy rock sound of The Replacements with a classic country twang. And they did it remarkably well, turning out some barn-burning anthems like “Graveyard Shift,” which deserves some kind of medal for its opening riff alone. In the wake of No Depression (which also came to be synonymous with “alt-country”), an Americana magazine adopted the name, while Jeff Tweedy formed Wilco and Jay Farrar started up Son Volt. The seeds of greatness were planted here. – JT 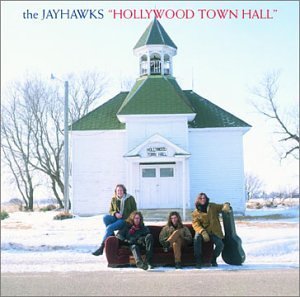 If there were ever poster children for adult album alternative—AAA, the cool-dad radio format that begat the WXPNs and KCRWs and NPR affiliates of the world that we know and love today—they might be this Minneaoplis band. After two small releases in the 1980s, Rick Rubin and George Drakoulias (who first heard the band playing in the background on a phone call) embraced The Jayhawks in the earliest days of what would become American Recordings. Drakoulias produced Hollywood Town Hall for this quartet incarnation of the band, and gave their brand of loping bar rock a twist that infused tones from Farm Aid/AOR artists with fresh and shambling new blood that would predate the likes of Counting Crows. The opening of their unlikely classic “Waiting for the Sun” sure sounds an awful lot like Tom Petty’s “Mary Jane’s Last Dance,” but Mark Olson and Gary Louris use that song and the rest of the album to intertwine not just their guitar lines but dusty vocal harmonies. Songs like “Settled Down Like Rain” may have a studio sheen to them, but it doesn’t diminish The Jayhawks’ Midwestern honesty. – AB 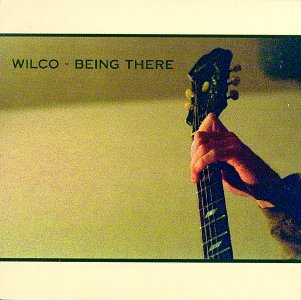 Wilco hasn’t technically been “alt-country”, or really any permutation of country, in a pretty long time. Maybe that’s because the second time around, with double-album Being There, they took it to its limit. One of the band’s strongest albums, not to mention one of the greatest albums in the genre, Being There is lengthy,  but not exhausting. Here, the band isn’t merely sticking to one sound, but exploring the various aspects of roots rock, soul, country, bluegrass, and just plain old-fashioned rock ‘n’ roll. It covers a lot of ground, from the Stax-meets-Springsteen stomp of “Monday,” to the epic noise-twang of “Misunderstood,” and the Creedence-esque “Forget the Flowers.” Wilco’s next two albums were even better, track-by-track perfect albums that defined them as titans of rock music, but the country aspect had more or less come and gone. Here’s where it peaked. – JT 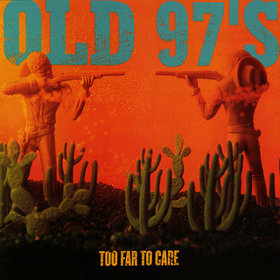 The Old 97s mellowed a bit after a decade or so as a band, but on their major label debut, Too Far To Care, the Dallas-based quartet were about as rowdy and revved up as they could possibly get. Starting off with the noisy cow-punk shuffle of “Time Bomb,” the album kicks up a boozy, bruising dust cloud that hardly ever settles over the course of its 13 tracks. There are a lot of the typical characteristics of what makes a good (alt-)country album — broken hearts, broken ribs, copious amounts of alcohol — but beneath its western elements is a rapidly beating punk rock heart, made all the more apparent thanks to an appearance by X vocalist Exene Cervenka on the kick-ass closer “Four Leaf Clover.” – JT 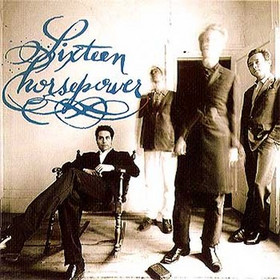 Prior to their breakup in 2005, Denver’s 16 Horsepower created a sound that practically defied classification. Musically, the band blended elements of country, bluegrass and Americana roots music, then topped it off with a pinch of punk rock edge. No doubt, the group was intriguing just on their instrumental prowess alone, but it was singer David Eugene Edwards that really completed the 16 Horsepower sound. Lyrics centered on God, salvation, sex and sin were delivered with preacher-from-the-pulpit conviction, but it wasn’t until the group’s second album, 1998’s Low Estate, when the music matched up to the darkly intense lyrical content from Edwards. Album opener “Brimstone Rock” is a haunting, backwoods dirge that sees Edwards sing “I beseech the lord, clear my head/before once again I scar the soul, of that girl in my bed.” And that’s only the beginning. The rest of Low Estate is an absolute firestorm of musical fury and lyrical warnings of damnation, making it one of the most enjoyable (yet terrifyingly dark) alt-country records of all time. – RB 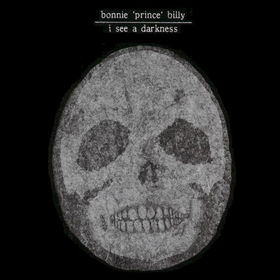 Alt-country albums have a natural tendency to sway toward dramatic, bittersweet content. But in Will Oldham’s debut release under the Bonnie “Prince” Billy handle, following a half-decade as Palace Music, Palace Songs, et al., he favored an even darker perspective on human nature, with the occasional uplifting line mixed throughout. Still, if you’re in the mood for a heavy, honest journey, I See a Darkness is a truly rewarding option. – ATB 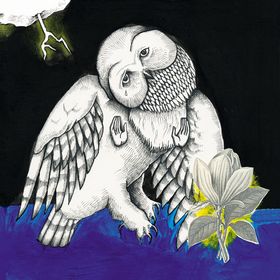 When Jason Molina stepped outside of his solo, slowcore indie folk in 2003 and expanded Songs: Ohia into a full band, it presented an interesting dilemma. Once a solo project grows into something so much bigger, is it still really the same thing? Molina ultimately decided no, it wasn’t, and changed the group’s name to Magnolia Electric Co. (though it was still essentially his gig), the first official recording of which also essentially stands as the greatest under either name. Magnolia Electric Co. is steeped in outlaw country darkness and desolation, introspection and specters. Molina likewise gets some dirt on his boots, reveling in raucous and rootsy arrangements similar to those of Crazy Horse from 69-79. There is perhaps no alt-country tune quite as simultaneously hard rocking, anthemic and emotionally gripping as “Farewell Transmission.” When we lost Molina earlier this year, we lost a truly gifted and one-of-a-kind troubadour. – JT 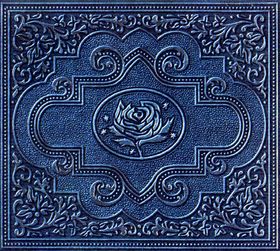 Most of Ryan Adams’ discography would have been a great fit for this list. Between his signature songwriting style, his excellent performance chops, and his somewhat rough history with news and media outlets, Adams has become a celebrity of sorts for the genre. However, Cold Roses, a two-disc release marking Adams’ first official release with backup band The Cardinals, is a triumph all its own. With songs like “Beautiful Sorta,” “How Do You Keep Love Alive” and “If I Am A Stranger,” Adams presents the vulnerable songwriting he’s known for, while leaving just enough room for The Cardinals to spruce the tracks up to a new level.  Adams’ albums with the band would vary in quality but, to be fair, Cold Roses definitely set the bar pretty high. – ATB 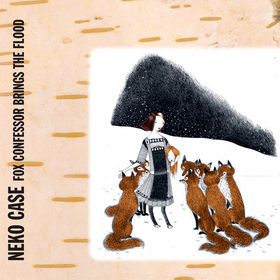 Thanks to her songwriting prowess and powerful voice, Neko Case’s solo career has essentially encapsulated everything that can go right in Alt-Country. With help of members of Calexico, The Sadies and The Band, 2006’s Fox Confessor Brings the Flood is her most haunting, lonely and dazzling work to date. Much of the record sounds like it was recorded in a ghost town, a feeling that extends to the album’s lyrical themes as well. The guitar work on “Hold On, Hold On” may suggest a showdown, but Case’s eerie vocal implies anything but. Its brooding, beautiful melodies showcase the versatility of Case as a vocalist, powerful and commanding at one minute and smoothly melodic the next. Likewise, on Flood, Case stretches out creatively, but never forsakes her Alt-Country origins; “Lion’s Jaws” is Patsy Cline gone orchestral, “John Saw That Number” is gospel-infused, and “Dirty Knife” is country-folk with sweeping strings. Every song here is magnificent. – CK