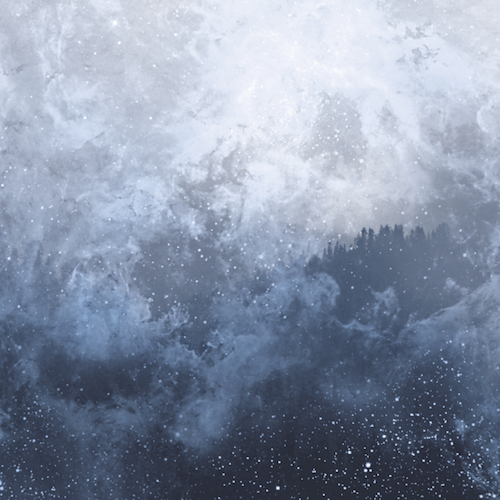 Olympia-based metal titans Wolves In The Throne Room are no stranger to an experimental approach. Ever since their 2006 debut, Diadem of 12 Stars, the band has consistently pushed the boundaries of their black metal sound into ambient, post-rock-leaning territory. This strong tendency toward challenging and thoughtful work was perhaps most evident on their fourth LP, 2011’s Celestial Lineage. While that record was tried-and-true black metal, its sound was built on a very complicated, if subtle, series of brooding, ambient compositions. In essence, Celestite takes that exact same foundation but reconsiders it via an even more experimental execution.

The journey WITTR take to arrive at Celestite is similar to the one that eventually took the similarly black-ish metal Alcest to this year’s extraordinary Shelter. Both artists have followed a metal-fusion niche so far and with such exact discipline that, eventually, the only place to take their sound was to remove the metal element entirely. The difference is that for Alcest the next step was a relatively straightforward shoegaze album that still embraced the energy and ambiance that made Alcest an enjoyable project to begin with. It didn’t matter that the project was no longer ‘blackened’ because the songwriting and guitar execution were still analogous to what we’d come to love on previous releases.

Celestite is a different story altogether. For starters, it is not an album of entirely new material; the foundation for the entire record was achieved by sampling and reworking the ambient background noises created and utilized for Celestial Lineage. On top of that groundwork, WITTR created wall upon wall of dense sounds, mostly relying on vintage synthesizers, with the occasional guitar work thrown in for good measure. The result is a slow, radiating pseudo-electronic pulse with occasional glimmers spread throughout. There are five tracks here but, for all intents and purposes, they are really just movements in a singular, crawling piece of ambient music. While they are intriguing as exploration of the hidden sounds behind Celestial Lineage, there’s not much to these compositions that are striking out of that context.

The concept behind Celestite is intriguing, to say the least, and Wolves in the Throne Room execute it very well. But with vocals and percussion both taking the bench for the entire record, the band does very little to fill in the void. While the record is well-executed and interesting enough from an ambient music perspective, it does very little to engage or entice listeners expecting anything along the lines of Celestial Lineage or Two Hunters. It might have suited them better to dub Celestite a side- or remix project of some sort, rather than luring listeners with the hopes of a fully-fleshed out Wolves in the Throne Room record. As a transitional release, it’s interesting enough, but here’s hoping the band’s next release will bring more of the intelligently crafted noise that the duo does so well.