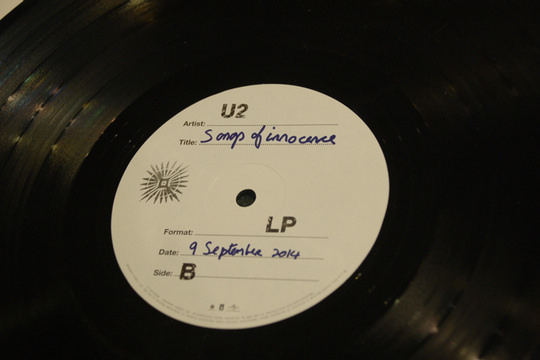 Oh, U2, it just doesn’t stop, does it? As you likely recall — and may never forget — U2 recently invaded your iCloud by dropping their new album Songs of Innocence for free all up in your server space. But today, the band is releasing the album on vinyl, two weeks ahead of their planned date for the album’s physical release. Why did they do that? To be eligible for a Grammy; yep, the deadline is today, Sept. 30, and U2’s making sure that their latest has a chance at an award in 2015. This is technically a limited release, as Rolling Stone points out, and will be available in wide release on Oct. 14. Crafty!

But there’s more good stuff out today in stores, including two new Prince albums, though our Album of the Week — Caribou’s Our Love — isn’t in stores until next week (you can stream it now, though). Here’s what’s out in stores today.