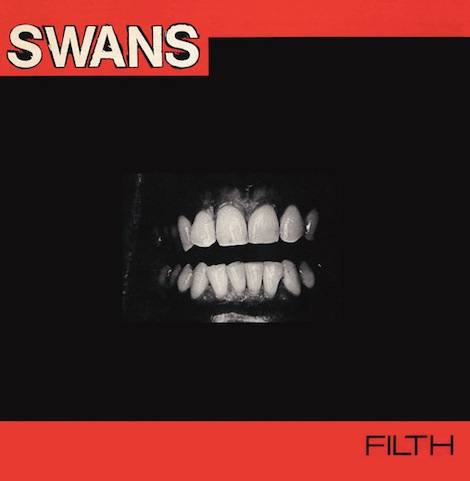 It’s been a pretty good year for noisy art rock gods Swans. Michael Gira & Co.’s new double-album (triple on vinyl) To Be Kind was released to great acclaim earlier this year — including Treble’s — and subsequently marked the band’s first Billboard chart debut. That’s something to celebrate in itself. But there’s more Swans material on the way soon, in the form of a newly reissued classic album of the band’s. On Oct. 28, Young God will reissue Swans’ 1983 debut album Filth, remastered on vinyl for the first time “in decades,” according to a press release.

Gira writes in a release about the album and that era of the band, “It was pretty elating to play live – for us. If 100 people showed up (which  would have been a huge audience at the time – 20 was more the average), 80  were guaranteed to leave by the second song. Somehow that tension – contempt  or indifference from the audience – was nourishing, so we kept going.”

The press release also says that this is the first of a bigger series of reissues in the Swans catalog for the coming year, which is exciting news to us. That might mean we get to see The Great Annihilator on vinyl for a reasonable price after all!