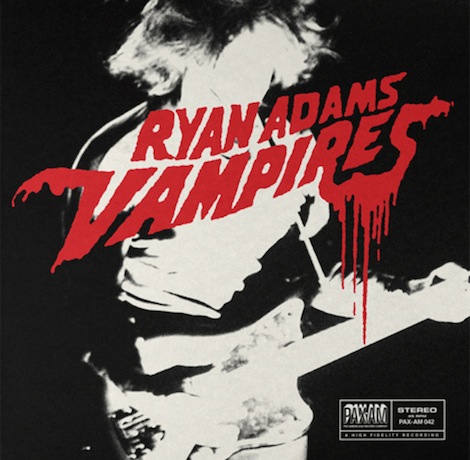 Ryan Adams is going through another one of his prolific streaks this year. The singer/songwriter just released his excellent self-titled album, which was a recent Album of the Week of ours, as well as his punk-inspired 1984 7-inch. But Adams is also getting into the Halloween with a new 7-inch being released on Oct. 28 via his Pax-Am label. It’s called Vampires, naturally, and it also features a song called “Clown Asylum,” which seems even creepier than vampires, depending on what kind of goblins haunt your nightmares. Check out the tracklist below, along with a video of Ryan Adams performing “Gimme Something Good” on The Ellen Degeneres Show. He wore a Black Flag shirt, naturally.