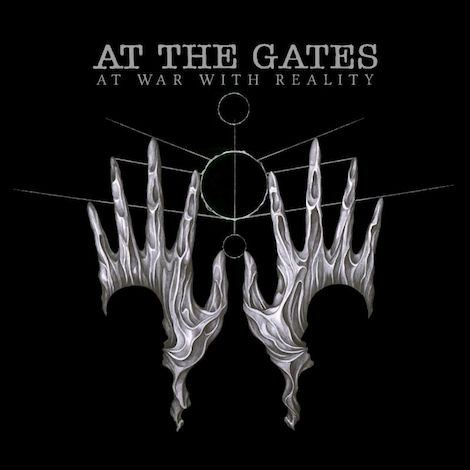 There’s not a whole lot you can count on concerning the economic vitality of the music industry, but there’s a notable exception to be made for rock reunions. Where once the reunification of legacy acts made for prime-time TV fodder (see: Eagles, Fleetwood Mac), it’s an economy unto itself now, with franchisees in punk, emo, indie rock and hip-hop. Nostalgia pays, of course, but at what cost? It raises the inevitable question of whether or not a reunion can be done “right” — whether a long-dormant band’s return means nothing more than a cash-in, or whether a legacy can be both preserved and extended in the process. In metal, recent returns by the likes of Sleep and Godflesh proving successful and, in the case of the latter, newly productive. But there’s an inherent risk in taking the step to not just play the hits on stage, but actually create something new. When it works, like it did for Carcass and their outstanding 2013 album Surgical Steel, it can be massively rewarding. When it doesn’t, you end up with a spectacular fiasco like Chinese Democracy — though, to be fair, there wasn’t much actual reunion happening on that record.

For more than half a decade, Swedish death metal titans At the Gates stuck safely to the tours and festivals, making their return in 2008 after more than a decade of silence following their 1995 album Slaughter of the Soul. And though that’s undoubtedly an essential recording in the metal canon, At the Gates were quickly reaching an important turning point — they could either remain content with staying the conservative route (or simply call it a day), or they could put their effort toward recapturing the melodic fury of their death metal classics and carve a new notch into their legacy. The band insinuated the former (a new album “would just disappoint people” went a note on their website). But ultimately, At the Gates wisely chose the latter route, and the resulting album, At War With Reality, is as good an argument as any that a reunion need not always be viewed so cynically.

At War With Reality begins with a strange, ominous intro track titled “El Altar Del Dios Desconocido,” which translates to “Altar of the Unknown God.” It’s all spooky atmosphere and a chant read in Spanish, but once its 66 seconds are up, what comes pouring out of the speakers afterward is unmistakably At the Gates. Tearing through their streamlined, melodic death metal as if no time at all has passed since Slaughter of the Soul, the band is in top form. Their riffs are lethal and efficient, their production sharpened, and melodies plenty infectious.

“Death and the Labyrinth” is an ass-kicking re-introduction to the band’s trademark melo-death, with breakneck speed verses bleeding into a gothic chorus and mosh-pit breakdowns. It’s fun, it’s familiar — it’s kind of comforting, even. But as much effort that At the Gates pour into getting their sound just right, they allow plenty of room to maneuver within their own sonic textures and techniques, which results in an undeniably strong batch of songs. “The Circular Ruins” chugs and pummels its way into an unexpectedly catchy middle section, whereas the spectacular “Heroes and Tombs” juxtaposes an atmospheric riff against Tomas Lindberg’s ominous narration. And “Eater of Gods” even has a groove-heavy progression that nods to Carcass’ Heartwork.

There’s certainly an argument to be made that At the Gates could have presented themselves with a greater challenge than simply making another strong melodic death metal record. And that’s perfectly valid; At War With Reality feels very much like a reward to fans for their patience, rather than a game-changer. But At the Gates still prove that they’re really fucking good at what they do, and even when coloring within the lines, the group delivers something bold and impactful. If it’s a reunion done properly that you seek, this is one worth logging into evidence.

Tags
at the gates

At the Gates : The Nightmare of Being

At the Gates : To Drink From the Night Itself

At the Gates announce new album, To Drink From The Night Itself

At the Gates, Converge to headline Decibel Magazine tour