Last month, we tackled a top 10 list of albums we considered the best of the UK post-punk movement. And looking back, it’s impressive just how much influence many of those bands (The Cure, Joy Division et al.) played on underground music for decades to come. But this month, we cross back over the Atlantic to highlight their American counterparts. If Great Britain had a singularly dark and art-damaged take on punk and progressive permutations on it, then their American peers were considerably less unified. The spirit of it was certainly there — the early ’80s giving rise to D.I.Y. punk tours and greater experimentation within hardcore and punk’s aggressive framework. But the outcome wildly varied. There’s not much that bands like Television, Pere Ubu and Swans share in common — other than timeframe and home country. And yet, from the late ’70s on up to the early ’90s, there was an intense burst of creative energy that changed American music as we know it. So, now that we’ve highlighted the best of the UK, here are 10 essential American post punk albums. 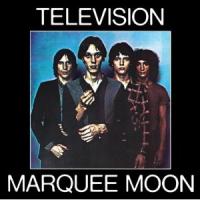 Inspiring the likes of R.E.M, Joy Division and beyond, Marquee Moon can claim a great deal of responsibility for kicking off the eventual popularization of many of punk’s various offshoots. Equally comfortable performing jangly, well orchestrated pop-rock (“See No Evil”) and expansive, disorienting journeys (the title track), Television went above and beyond the call of duty on their debut, earning a seat at the center of New York City’s growing underground. Painting a romantic yet self-aware image of NYC nightlife, Marquee Moon’s poetic edge fits in nicely alongside an album like Patti Smith’s Horses; a love story, but not without its fair share of scorn. And, sonically, Television found an interesting niche floating somewhere between British blues and the American jam band, but with a spicy edge and a punk rock ethos that can still be heard in the guitar stylings of many modern indie rock acts. Thirty-seven years later, Marquee Moon sounds as innovative as it ever did. – ATB 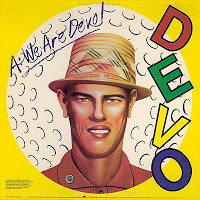 In a world where Ohio new-wavers Devo are a household name, it’s amusing to read initial reviews declaring that “there’s not an ounce of feeling anywhere” on 1978’s Q: Are We Not Men? A: We Are Devo! After all, that was kind of the point, right? Shying away from the more obvious social or political critiques of their peers, the quirky quintet (two pairs of brothers and drummer Alan Myers) set out to be the literal, artistic representation of the physical and emotional devolution (get it?!) of the everyman in the U.S.A. And, while the band would go on to spew out a rather impressive discography, none of their efforts were as striking or resonant as this perfect debut. From their cold, sexless cover of The Rolling Stones’ “(I Can’t Get No) Satisfaction,” to the awkward chant of “Mongoloid” to rock ’n’ roll spasm that is “Gut Feeling/Slap Your Mammy,” Devo settled into a warm space halfway between the robotic, analytic pop of Kraftwerk and the wacky imagination of contemporaries like the Talking Heads. – ATB 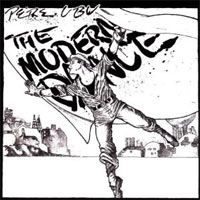 Cleveland should be proud — I’m not sure there’s a weirder band ever to come from the city than the mighty and twisted Pere Ubu. Formed in the aftermath of Rocket From the Tombs’ end in 1975, Pere Ubu fused that group’s proto-punk power with the discordant anti-rock of Captain Beefheart and the Magic Band, and a penchant for terrifying sound collage that had more in common with the “industrial” of Throbbing Gristle than any of their guitar-wielding American contemporaries. It all merges together beautifully and disturbingly on The Modern Dance, the band’s debut and most essential release. When they rocked, they could knock any listener flat on the floor, as they do on the furious “Non-Alignment Pact” and the pulsing title track. And when they wanted to give you nightmares, they could do that to, as evident on the clarinet squeals and broken glass of “Sentimental Journey.” It’s amazing in its ugliness — schizophrenic music for paranoid people. – JT 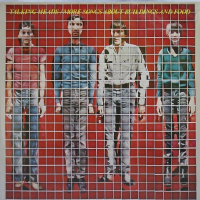 It can be argued that the Talking Heads’ best albums — the adventurous-yet-accessible Fear of Music and gloriously experimental Remain In Light — excelled beyond the realm of post-punk and into a territory of their own. If that’s true, More Songs About Buildings and Food, their second album, is their ultimate contribution to the post-punk canon. In the early stages of their career, Talking Heads bore a heavy resemblance to contemporaries across the pond, such as Gang of Four, but exhibited obvious American influences from genres as widespread as funk, soul, country and bubblegum pop. Perhaps the best representation of the unique genre-mashing found throughout More Songs — their nervous, erratic take on Al Green’s “Take Me To The River” — showed a band that held genuine respect for America’s musical past, but still intended to move that history forward in surprising and exciting ways. Tracks like “The Good Thing” and “I’m Not Love” held the American pop song in high regard, yet presented the form as something fresh and twisted. More Songs About Buildings and Food was a notable step forward for the band, but they were only getting started. – ATB 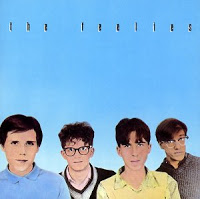 New Jersey outfit The Feelies kicked off their debut album Crazy Rhythms with a track titled “The Boy With the Perpetual Nervousness,” and damned if that title doesn’t just about perfectly summarize the sound that quartet created in their prime. Somewhere between the itchy, funky rhythms of Talking Heads and the melodic jangle that was stirring up a little down the road in Athens, Ga., The Feelies occupied a unique space in post-punk. At their best, they were a peculiar and powerful whirlwind of guitars and manic yelps, alternately cranking out simmering grooves or silly shout-along gems like the single “Fa Ce La.” That they’ve been referred to as “Television played at 45 RPM” doesn’t necessarily do The Feelies justice; attempts to replicate their sound or album covers have never quite pulled off such a weirdly compelling blend of melody and neurosis. – JT 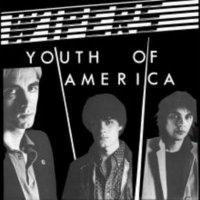 Portland’s Wipers weren’t household names like The Replacements, media-savvy weirdos like Devo, or radio-ready tunesmiths like The Violent Femmes. In fact, leader Greg Sage never seemed to care much about the commercial viability of his band at all, instead focusing on simply making the music he wanted to make, which frequently happened to be some of the best in the American post-punk movement. The strongest of the bunch, 1980’s Youth of America, even saw Sage & Co. taking their songs into uncharted territory, namely in the 10-minute title track, which Cloud Nothings likely used as a template for their own epic standout, “Wasted Days.” Youth of America is pretty much all highlights though, from the piano-graced groove of “Taking Too Long” to the eerie punk rock of “Pushing the Extreme.” The Wipers had few breakout singles, and stayed true to their D.I.Y. aesthetic for a good many years. But whatever glamorization they lacked, they made up for in some of the best music of the early ’80s. – JT 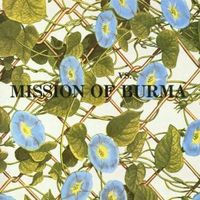 As documented in Michael Azzerad’s Our Band Could Be Your Life, Mission of Burma were relatively drama-free as post-punk biographies go — they were merely victims of poor timing. Not that it’s their fault; the band was actually remarkably advanced when first emerging in Boston in the early ’80s, and by the time they released their first full-length Vs., they had refined their intense, chaotic yet melodic approach into a well-oiled machine, albeit one bent on destruction. The band had two central and complementary songwriters at their core — Clint Conley and Roger Miller — and the two pulled Mission of Burma’s complex, disjointed punk into opposing directions: melodic and abrasive, respectively. It makes for a stunning balance, with Miller’s blazing tracks like “The Ballad of Johnny Burma” counterbalancing Conley’s “Mica.” And when the record ends with “That’s How I Escaped My Certain Fate,” it’s raging at full steam, unsafe from but entirely prepared for a crash landing. It’s the most exciting first-ending to a career I can think of; after Mission of Burma reunited in 2002, they managed to sustain a career about three times as long as their first go-round. – JT 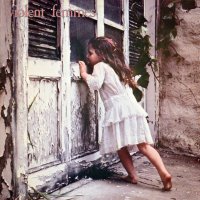 Milwaukee’s Violent Femmes were so ahead of their time, it’s easy to forget that their self-titled debut came out way back in 1983. Straddling a zany, D.I.Y. line somewhere between post-punk and folk-punk, Gordon Gano, Brian Ritchie and Victor DeLorenzo made a habit of mixing a respect for musical Americana with a fiery desires, while erasing the restricting values often tied to bluegrass, country, folk and the like. Whether you’re blasting the sing-along blues of “Blister In The Sun,” the lonely ramblings of “Add It Up,” or the stomping, xylophone-driven “Gone Daddy Gone,” a listen to Violent Femmes is a truly American post punk experience. – ATB 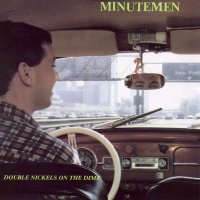 And now for something completely different! It was almost by complete accident that D. Boon, Mike Watts and George Hurley created this post punk masterpiece. After all — in both form and theory — Minutemen were a hardcore band. Even on Double Nickels on the Dime the band rarely stretched songs much past 100 seconds, and D. Boon’s vocal delivery stayed almost entirely rooted within the realm of hardcore or post hardcore, with a slightly gentler timbre about it all. Despite all this, the album’s sprawling, 45 song tracklist found inspiration from sources as varied as jazz, spoken word, funk, country and pop to create a confusing and mesmerizing whole. Years ahead of it’s time, one listen to Double Nickels on the Dime reveals the obvious influence the band had on bands as varied as Fugazi, Sublime, Red Hot Chili Peppers, Uncle Tupelo and Andrew Jackson Jihad. Due to the unfortunate death of D. Boon, Minutemen’s contributions to the musical world were cut short; that certainly didn’t stop the man from changing the world of post-punk while he was around. – ATB 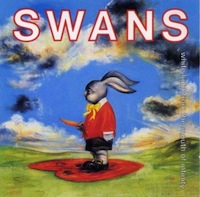 Swans – White Light from the Mouth of Infinity
(1991; Sky/Young God)

Of this batch, this album is the one released most recently — though 1991 doesn’t feel like it was just yesterday. But it does show how a few years and a little bit more refinement in production can do. When Swans began in the early ’80s, they were often lumped in with the no wave crowd, and for good reason — their abrasive scrapes and skronks had a similar sense of unease as early Sonic Youth or Mars. Yet as Swans progressed over the following decade, Michael Gira’s ever-shifting, always evolving project had become a truly powerful post-punk band that was very nearly goth-rock. White Light From the Mouth of Infinity, a strong contender for the best Swans album of the first wave (Mk. 2 is a pretty close race between To Be Kind and The Seer), is an awe-inspiring high for the band, balancing the abrasion and darkness of their music with a touch of subtlety and melodic beauty that had previously been a much smaller component in their repertoire — and before that, not at all really. To hear the clanging bells of “Better Than You,” the chamber-goth moans of “Power and Sacrifice,” and the Nick Cave-like bleak meditation of “Failure,” Swans had really grown into an incredible band on the verge of breaking genre altogether. And if you’ve heard their most recent albums, then you know that’s exactly what they did. – JT