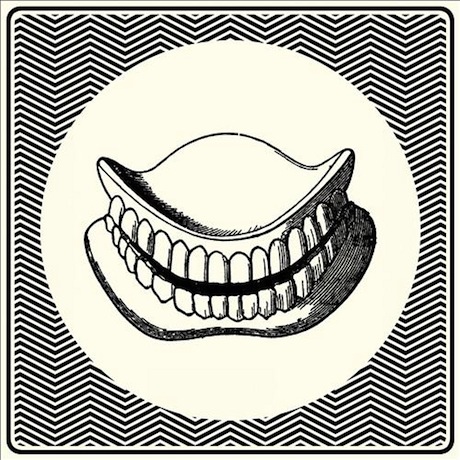 Leeds-based psych rockers Hookworms maintained a steady distance under the radar in 2013, despite releasing one of the year’s best, and most underrated albums. UK-based music site Drowned in Sound awarded Pearl Mystic as its favorite album of 2013, in a list that included more prominent critical darlings like Arcade Fire’s Reflektor, Jon Hopkins’ Immunity, and Chance The Rapper’s Acid Rap. And though naming a band’s debut as the best album of the year can be seen as a risk, DiS was surely onto something. Pearl Mystic was a breath of fresh air that spun the focus back on guitar-based rock music. It was punk and post-rock, cooked up in the space lab with Spacemen 3, Pink Floyd and Can. Hookworms broke out with an impactful statement that set a high bar, but the first few minutes of The Hum makes sure to quell any possibility of a sophomore slump.

“The Impasse” is faster and heavier than anything from Pearl Mystic as keyboardist Matt Johnson shreds his voice over a total surge of strength. The Hum may not necessarily be better than Pearl Mystic, but it certainly isn’t a lesser album; let’s call it a draw. If anything, Hookworms has further reinforced its pillars of proto-punk, garage rock, D.C. hardcore, and ’80s British space rock, and with these reinforcements, bolt their steady foundation to the ground. Second track “On Leaving” can be heard as a summary of The Hum — a sneaky, repeating guitar part that eventually gains speed onto a synth that sizzles and fries. It burns hot, fades, and then burns again. The three interludes — “iv,” “v,” and “vi” — are brief cosmic rides into Spacemen 3 territory, and they do hum with delight. “Off Screen” seems like the softest song Hookworms ever recorded until a wall of guitar distortion comes through at the three-minute mark, exploding one minute later, and then quickly fading into tape hiss and steady, rolling rack toms. Johnson’s distorted vocals are like another added instrument to the proceedings. On “Retreat” he sounds like a yelling child, but not an angry child — just an excited one.

Hookworms are a wild and rigid band that possesses some pop sensibility and extreme focus. The music they make would not sound as original without the signature way they blend their influences together — we’ve heard these vibes before, but Hookworms play them like they haven’t and it ends up sounding all new. “I got it, I got it, I figured it out,” Johnson yelps during “On Leaving.” Funny thing, though — Hookworms had it on Pearl Mystic. With The Hum, the band is now barreling forward like a train that cannot — and should not — be stopped.

Hookworms do daily activities in video for “Static Resistance”