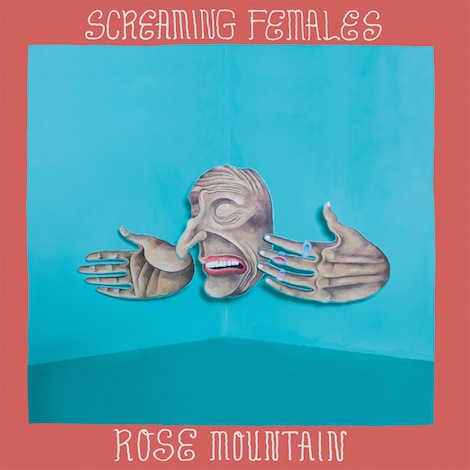 New Jersey’s Screaming Females are one of the most badass bands in indie rock today. If you haven’t seen them live, you’re missing out; frontwoman Marissa Paternoster is an absolute beast of a guitar player, and they’ve got some pretty kickass noise-pop songs in their arsenal, to boot. So it’s exciting news, then, that the band has another set of new music on the horizon. On Feb. 24, the band will release their new album Rose Mountain, via Don Giovanni. It’s their sixth album, and it was produced by Matt Bayles, the man behind the boards on records by Isis, Mastodon and The Sword. So, having a guy who knows his way around a colossal metal album could surely be an asset to the group, no? Previously the band worked with Steve Albini on Ugly and Live at the Hideout.

The image you see above is the record’s cover art, and you can check out the tracklist below, along with a stream of new song “Ripe.” Rock out.

Screaming Females announce new album, All At Once