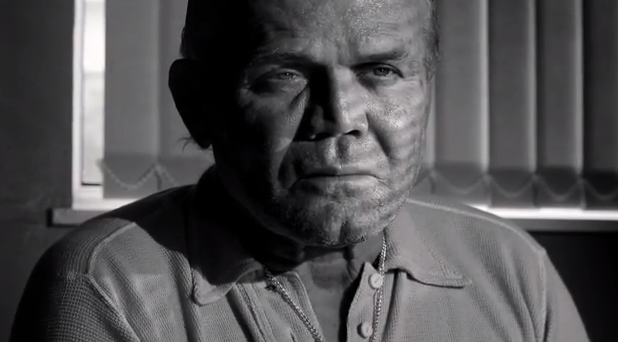 In October, Iceage released their third — incredible — album, Plowing Into the Field of Love. And since then, the band has been releasing a steady stream of singles and videos. The latest, for standout track “Against the Moon,” is a black-and-white, noir-inspired clip that features German actor Dan Van Husen, who has starred in films like Werner Herzog’s Nosferatu the Vampyre and Federico Fellini’s Casanova, in addition to many other movies. Van Husen is depicted as a brooding, melancholy figure, who observes a series of sexual scenes in alleyways and bedrooms, which also feature actress Missa Blue and model Louis Blackhouse. There’s a burning tongue at one point, a lot of sweat, and some suggestive scenes, though nothing explicit per se. That being said, it’s hovering on the NSFW line, so take that into consideration if you’re not watching at home.

The clip was directed by Martin Masai Anderson and Kim Thue. Watch Iceage’s “Against the Moon” video below.