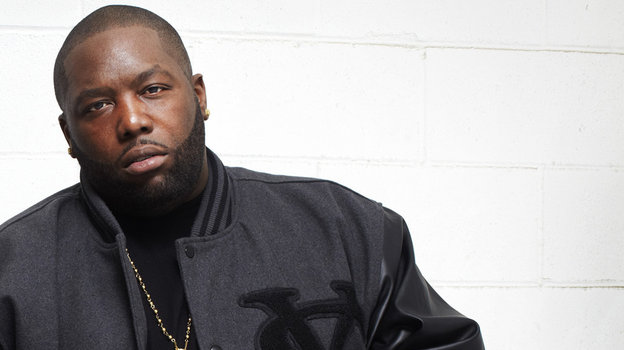 Today’s issue of USA Today features an op-ed piece titled “Rap’s Poetic (In)justice,” which was co-written by Erik Nielson, an assistant professor at the University of Richmond, and Killer Mike. The column highlights the free speech issues being examined today in the Supreme Court — Elonis v. US — and how rap lyrics are dubiously used as evidence in criminal cases. Mike and Nielson refer to the case being examined — in which 27-year-old Anthony Elonis was sentenced to 44 months in prison for “communicating threats” on Facebook, which included some violent lyrics from hip-hop songs.

“The Supreme Court took [Elonis’] case to settle a fairly narrow legal question involving ‘true threats’ jurisprudence,” Nielson and Mike say in the op-ed. “But in choosing Elonis, the justices have stumbled into a national debate about the expanding prosecution of rap music, which raises major concerns about the role of art and free speech in the justice system, as well as the commonly-held view that hip-hop culture is a threat to society.

“In its formative years, for example, it was explicitly conceived by many as an alternative to the violent gang culture that consumed cities like New York,” the article continues. “Since then, it has offered countless young men and women opportunities to escape the poverty and violence in America’s urban centers. As rapper Ice T once put it, ‘If I hadn’t had a chance to rap, I’d either be dead or in jail.'”

Killer Mike has made quite a few notable media appearances this year, many of which involved discussions on the shooting of Michael Brown in Ferguson, Mo. Last week, during his tour with El-P in support of Run the Jewels 2, he gave an emotional speech onstage in St. Louis in response to the grand jury ruling in Ferguson.