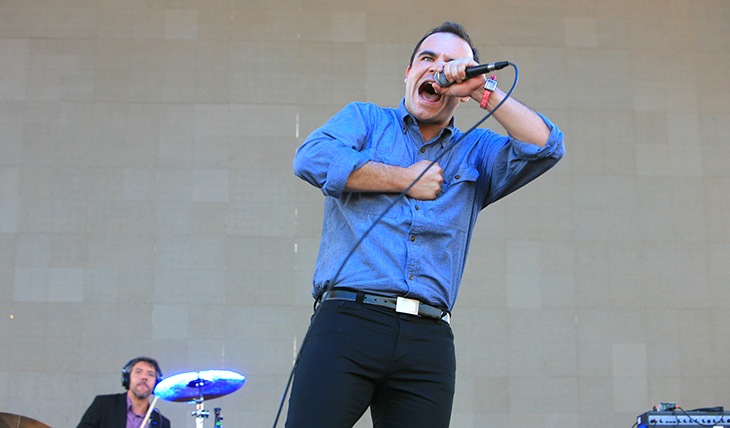 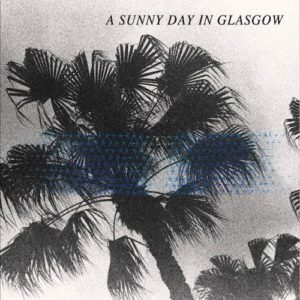 40. A Sunny Day In Glasgow
Sea When Absent (Lefse)

A Sunny Day in Glasgow had long established their pop smarts even if they had a knack for obscuring their melodies amidst a gauzy haze. On Sea When Absent, the band shows what happens when they pull the veil back and put their melodic abilities on display. Sure, the shoegaze guitars and muddled synths are still here, but they serve more of a supporting role this time around. As it turns out, taking a new approach was an inspired decision as songs like “The Things They Do to Me” and “Bye Bye Big Ocean (The End)” are some of their most rewarding to date. – CK 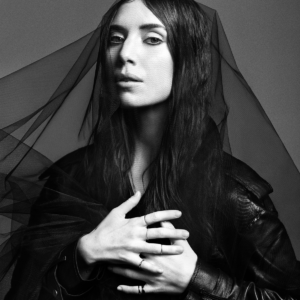 Youth Novels is the kind of freshman album that’s hard to beat. Wounded Rhymes was a strong follow-up that further explored new musical styles and showed that Li is an artist that never stops pushing her boundaries. Well, it’s now 2014 and I Never Learn is even greater proof that she’s the shit. “Just Like a Dream” glimmers with the reverb and heavy instrumentation familiar in Spector-produced bands, “No Rest for the Wicked” feels full and expansive with booming choruses and more gorgeous walls of sound, while the ballad “Love Me Like I’m Not Made of Stone” slows it down and gives Li’s voice center stage. It was clear Li was musically gifted back on Youth Novels. Her techniques have matured on I Never Learn, as has her voice, and she’s more than earned her spot on our top albums of the year. – NG 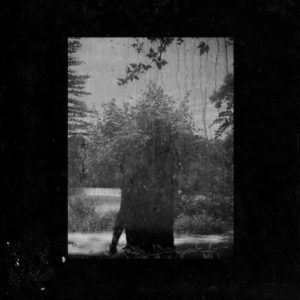 Creaks, groans and the echoes of absence permeate Ruins, Liz Harris’ latest album under Grouper. Opening and closing with ambient field recordings – crickets and frogs and cassette tape hiss providing a wildly evocative mood – and hushed thuds on “Made of Metal,” Ruins sets the mood of space, both physically and mentally collapsed and pulled apart again. In a recent interview with FACT Magazine, Harris mused, “Ruins helped me crack open.” While past Grouper albums like A I A, Dragging A Dead Deer Up A Hill, and Way Their Crept possessed an uncanny intimacy, Ruins presents an emotional weight that is much closer to the surface than ever before. Shedding much of obfuscation of tape, noise and delay, the fog of Grouper’s past work lifts enough to reveal some of Harris’ most candid lyrics and her most straightforwardly emotional music to date. “Clearing,” with its hushed vocals and plaintive piano, is one of the most disarmingly beautiful songs of the year. The ache is so startlingly clear, with lyrics of heartbreaking candor: “And every time I see you/ I have to pretend I don’t” and “Sometimes I wish that none of this had happened.” This is pulled out further in “Holding,” a song of simple yet astonishing beauty: “I hear you calling and I want to go / straight into the valleys of your arms and disappear there.” Ruins displays Harris’ masterful use of mood and silence. Incidental noises (clicks, frogs, the beep of a microwave oven) bring familiarity to the songs, but Harris’ own openness even more so works to create an intimacy that is almost uncomfortable in its frankness. It’s an album that is stripped, like ruins, and it’s startling nakedness is an incredible gift. – JI 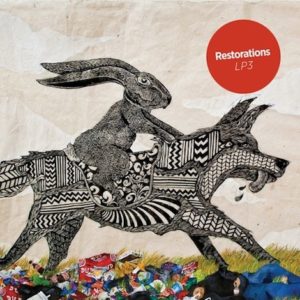 One of the many things I love about rock ‘n’ roll is how electric guitars solos, gritty vocals, and great songwriting always leave me scrambling to decipher who it sounds like. Could it be Tom Petty meets The National? On their third album in four years, Restorations wrap up LP3 with such a fantastic exclamation point with “It’s Not,” it’s unimportant to muster up such a banal description. LP3’s encore finish only solidifies it as one of the best rock records of the year, but the constant desire to revisit the previous eight tracks truly embodies why rock music can be so fucking awesome. – DP 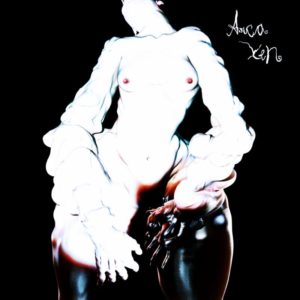 Since the release of three wonderfully strange EPs in 2012, the underground music community has been buzzing around Arca. After those initial releases, one mixtape and production credits on tracks by Kanye West and FKA twigs, Xen, Arca’s first LP, bears the weight of bated breath expectation on it. Yet the London-based Venezuelan Alejandro Ghersi didn’t let listeners down. Xen, named after a genderless alter ego described by Ghersi as “kind of repulsive and attractive at once,” sounds like a dystopic future/present with digital detritus plaguing our world. A rejection of the blissed out and hedonistic EDM that dominates the charts, Xen is fluid, easing itself into different genres and moods – disarmingly beautiful one moment, fragmented and jarring the next. Xen operates in a liminal space and acts as a pseudo-statement for Arca. With accompanying visuals by Jesse Kanda, Xen speaks to the fluidity of gender and sexuality, the moments where it is beautiful and the moments where it is grotesque. – JI 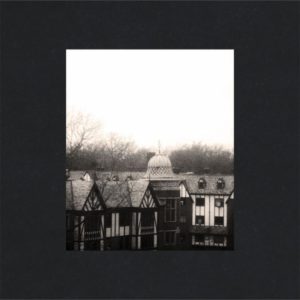 Here and Nowhere Else is an assault of a record that grabs and you and doesn’t let go. It’ll drag you if you can’t keep up. Drummer Jayson Gerycz propels this album, giving Dylan Baldi’s hook-laden songwriting a sense of real urgency (and seriously, good luck getting any of these songs out of your head). Producer John Congleton (who had a very good year, producing three albums in our top 50 and mixing another) grounds these songs in a lo-fi realism; penultimate track “Pattern Walks” crackles and pops like the Pixies in their prime. And in a year that gave us the open-palm slap of Indie Cindy, Here and Nowhere Else was exactly what we needed. – SP 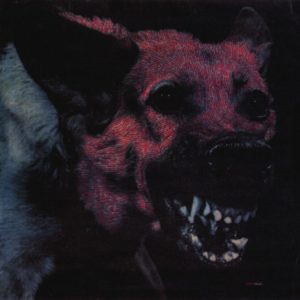 The first thing you’ll notice about Protomartyr is Joe Casey, the poetic barfly-turned-vocalist who cemented his position in the band by paying half of the rent for the Detroit quartet’s practice space. He’s eccentric, understated, and profoundly blunt in a manner that resonates both on stage and via headphones. But it would be foolish to boil down Protomartyr’s quick rise to prominence as a case of charismatic-frontman-itis; the instrumental trio of Greg Ahee (guitar), Scott Davidson (bass), and Alex Leonard (drums) are quite possibly the best in the business right now. Combining raw talent with influence ranging from garage-rock to art-pop, these guys craft some of the most passionate and complex two-minute meltdowns that you’re likely to hear this side of the Stooges or MC5. And they said rock was dead. – ATB 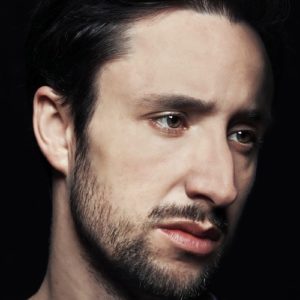 33. How to Dress Well
“What Is This Heart?” (Weird World/Domino)

When Tom Krell first emerged as How To Dress Well with Love Remains, his filtered falsetto was more in the background with production at the forefront. His follow-up with Total Loss highlights his beautiful voice more while being a tad more accessible and upbeat. That brings us to “What is this Heart?” where Krell has honed his craft by bringing out the best in his two previous releases. “Pour Cyril” showcases his confidence in creating atmospheric serenity, filling empty space with an impressive vocal range. Then the album’s highlight, “Words I Don’t Remember,” is where Krell finds the perfect balance in using his vocal talent while complementing his production skills. Start to finish, this album is an emotional rollercoaster that will make one want to cuddle up with some tissues (“2 years On [Shame Dream]”), before finally encouraging a night on the town to dance away the pain (“Very Best Friend”). – DP 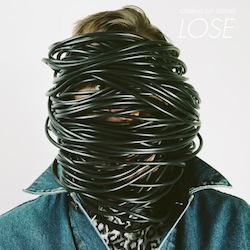 LOSE is just one letter away from “loss,” which is a feeling that hangs heavily throughout Cymbals Eat Guitars’ third album. After frustrations with writing their second album Lenses Alien, frontman Joseph D’Agostino set aside all pretense and let his grief, pain and sheer honesty sit in on the sessons for its follow-up. Inspired in part by the death of a close friend in 2007, LOSE is an album built on a foundation of emotional vulnerability. Yet every moment the group captured on tape is utterly towering and majestic — the biggest-sounding of the band’s records to date, not to mention their most devastating. From the soaring open of “Jackson,” LOSE draws some close parallels to the epic bummer of The Wrens’ 2003 album The Meadowlands, but unlike the band’s previous two albums, it feels less like an album that’s been constructed on the shoulders of indie rock giants and instead, one born of some genuine soul searching. This is where Cymbals Eat Guitars truly come into their own as a band, and all the vulnerability and brutal honesty they’ve harnessed has only made them stronger. – JT 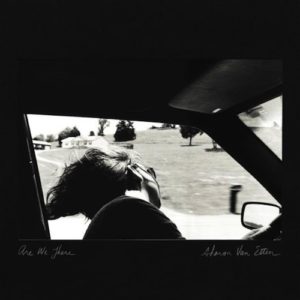 31. Sharon Van Etten
Are We There (Jagjaguwar)

Sharon Van Etten is the kind of singer/songwriter who gets better with every album. Are We There is her second venture with the indie heavy-hitter Jagjaguwar, and perfectly illustrates her musical migration from guitar/vocals to taking advantage of a full array of the musician’s palette, notably, the synthesizer. Songs like “Our Love” feel more fleshed out with this added aural dimension. If your thing is more of a straight-up rock sound—guitar, vocals, drums, etc.—then Van Etten picking up synths and all the accoutrements could come a bit out of left field. But it’s worth the risk. The entire album works on so many levels, including the tracks sans synths, like the barreling, pounding “Your Love Is Killing Me,” where we see the kind of power that was only ever hinted at on previous records. Her voice is emotionally raw and bold, venturing toward the strength of classic vocalists like Grace Slick and Ann Wilson. She wears artistic evolution well. – NG