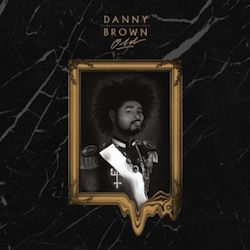 Split into two respective halves, Old is a modern day classic. The first half highlights Brown’s introspective songwriting abilities in “Lonely” and “Clean Up.”  The second half, with highlights like “Side B (Dope Song)” and “Kush Coma,” brings the big beats, sending the message to anyone within earshot of the stereo a party is well under way. Freddie Gibbs drops in to help Brown speak to the struggles of growing up poor and dealing drugs on “The Return,” but Old doesn’t rely on musical guests to make it a great album. Brown outshines them all with his unique talent to rattle off (at times) humorous lyrics with deep-seeded truth and “Dope Fiend Rental” is no exception: “Went from holdin’ crack in my ass crack/ to racks on racks on ASCAP/ Could rhymed ASCAP with ass capped, Jadakiss already said that.” It’s probably safe to say not many rappers would want to mention hiding crack there, but Brown’s charm in how candid he is about everything — especially his drug-dealing past — makes him a strikingly convincing storyteller and a talented lyricist to match.- DP 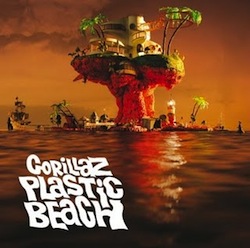 The presumptive swan song of Damon Albarn and Jamie Hewlett’s unexpectedly solid, multimedia animated band is a plaintive meditation – maybe even a self-examination, to whatever point cartoons can be introspective – on the rift between naturalism and industrialism, the newer moral questions raised by the crowded West’s motives of accumulation and instant indulgence. So of course Snoop Dogg’s on it. As are De La Soul, Mos Def, Little Dragon and two greats no longer with us, Bobby Womack and Lou Reed. Albarn and his world-weary avatar 2D don’t overwork for solutions, though. As with other Gorillaz albums they travel with heavy trepidation, this time to a South Pacific island created entirely out of landfill, trying to navigate through the dissipating beauty of the old world and the obliteration of the new. Tracks like “Stylo,” “On Melancholy Hill” and “Rhinstone Eyes” maneuver through the straits with pulse and weight. And in light of their passage, the cries and utterings of Womack (“Stylo,” “Cloud of Unknowing”) and Reed (“Some Kind of Nature”) make for shivering statements of old-world wisdom in retreat. – PP 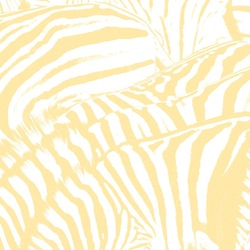 Beach House’s melancholic, surreal sound is anything but made for the beach. Teen Dream, the third album from the Baltimore duo, floats on gusts of sentiment and heart-wrenching observations delivered in the lush, often raspy voice of Victoria Legrand, suspended just above a sonorous ocean of washed guitars, plinky keys, and programmed drums. After the band’s move to Sub Pop in 2010, things went meteoric for Legrand and her band partner Alex Scally, not just in terms of notoriety but in their impressive musical compositions as well. Teen Dream is flush with insanely good tracks—opening with the tragic but sanguine “Zebra,” the pulse of the album thunders through the dissonant “Norway,” heads for the more fatalistic “Walk in the Park,” followed by the surprisingly catchy “Better Times,” and the earnest “Lover of Mine.” And these are just the highlights. It would be hard to pick a low point on the album, which is why any best of the half-decade list would be empty without it. – NG 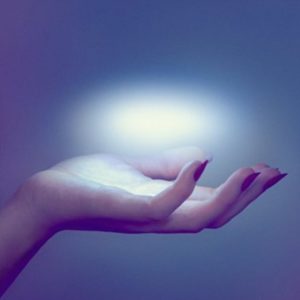 Misanthropic edge has always been a part of Spoon’s music, but when they returned last year (after a four-year hiatus) for They Want My Soul, that edge seemed sharper than ever. The title track is an angry attack on anyone Britt Daniel believes is toxic (“educated folk singers,” “post-sermon socialites”), while one line in “Outlier” is a double takedown of an old lover and Garden State. There’s some sentimentality here — the soft, gorgeous “Inside Out,” the nostalgia of “New York Kiss” — but mostly this album features a tired-of-your-bullshit Daniel, airing his grievances with a self-aware wink and some of the catchiest songwriting the band (known for their earworms) has ever released.- SP 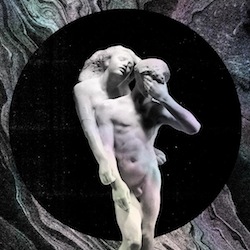 Arcade Fire’s track record is wholly consistent; no one is surprised when they release marvelous music. It’s expected at this point, and has been since the release of 2004’s Funeral. Reflektor is Arcade Fire’s fourth long player, and I’m not sure if it’s their best, but it’s definitely a strong contender. Also, it’s Arcade’s longest album by 10 minutes, testing their fans’ attention spans in the give-me-instant-gratification era that we live. Still, it’s going to be hard to find a more satisfying block of 75 minutes. Hiring James Murphy to produce was an excellent idea; LCD Soundsystem’s jamming disco sensibilities live on through Reflektor. After already conquering the world of indie rock, they found a way to re-invigorate the band and change the formula without sacrificing their signature mystique. I know I was indecisive earlier, but I’m just going to admit that Reflektor is Arcade’s finest record. There’s not a spec of evidence to refute that claim.- JJM 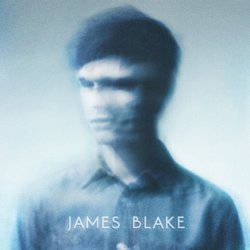 This was one of a clutch of albums establishing ties between the spare arrangements of early dubstep and the aural gloaming of tech-driven neo-R&B. While Burial and How to Dress Well likely complete the set, Blake’s place behind the piano and the mic lends an air of yacht-rock or blue-eyed soul—and therefore sonic and emotional clarity—to the proceedings. Tracks like “The Wilhelm Scream,” “I Never Learnt to Share,” and a cover of Feist’s “Limit to Your Love” helped dubstep leapfrog its own development and reappear as post-dubstep. – AB 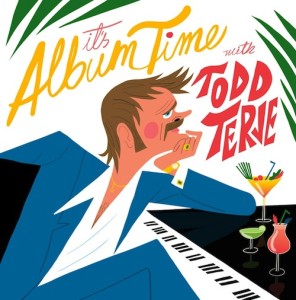 After years as a remixer and producer specializing in updated disco sounds and edits, Todd Terje decided to put his skills to the test for himself. Mission accomplished: From the cover art on, It’s Album Time was a smooth, almost smarmy throwback to days filled with leisure suits and dumb-strong cocktails. By pulling together a few older cuts like “Inspector Norse” and “Strandbar” with fresh material like the pulsing “Delorean Dynamite” and the sultry Robert Palmer cover/Bryan Ferry collab “Johnny and Mary,” Terje confirmed there is currently nothing rotten in Norway. – AB 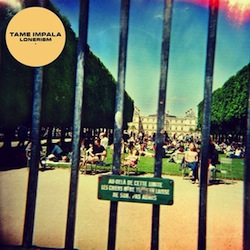 On Tame Imapala’s debut Kevin Parker sings “There’s a party in my head and nobody is invited.” Thankfully for us, Parker lets fans in for a second tour on Lonerism, whose back cover shows us Parker in his creative cocoon, laid out between keyboards, amps, pedals and a nest of wires. “Be Above It” is a personal mantra for continuous motivation and gumption; the kind of effort that willed the rest of the album into fruition. An explosion of psychedelic rock that mines styles over half a century old while also breaking ground into lavish new landscapes and compositions; “Elephant” pounds hard on an instrumental tangent before Parker reals it back in for the song’s close. On “Nothing That Has Happened So Far Has Been Anything We Could Control,” a voice tells Kevin that “Nothing has to mean anything. Come on, come back inside.”  Kevin could get caught up in life’s profundities, mired in philosophy and inaction, but Lonerism is proof that’d he’d rather be above it, making music that’s both intelligently introspective and simply gorgeous. – DG 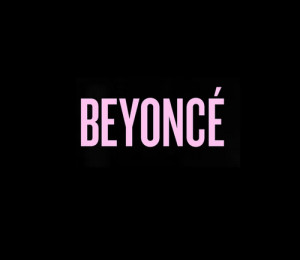 Beyoncé’s fifth solo album was a case study in many things, the maximization of digital music’s tricky new revenue stream being just one. With nobody outside her inner circle knowing about this album until literally the moment it came out, Beyoncé was therefore, supposedly, knocking it out without being monitored. That has to be considered a possible cause of her dancing along the margins on Beyoncé, on which she trades in the glitter and pomp associated with pop diva-hood for dark, visceral, intimate and earthy frankness. “Drunk In Love” is a good sum-up of three-quarters of its songs: She’s intoxicated by pleasure and danger, perfectly okay about losing her halo, and as a listener it’s hard to avoid the buzz. Sure, the element of surprise took away any expectation and that may be part of the excitement the album generates, but on the other hand that didn’t help the U2 album. Beyoncé broke out of cruise control and took her talent into the realm of fine art, totally undetected until she crashed it into your living room at the last possible moment. Well-played, Bey. Well-played. – PP 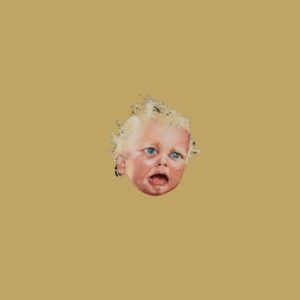 Since Swans returned from their long hiatus at the start of the decade, they have consistently provided listeners with challenging, almost transcendental music. Though each of their albums is a trial in one way or another, To Be Kind is perhaps their most grueling, from the backwoods-pagan-ritual-soundtrack that is “A Little God in My Hands” to the literal recollection of Michael Gira’s near-fatal asthma attack that is “Oxygen” — which replicates, to a startling degree, the experience of not being able to breathe. The entire album is an abrasive trial-by-fire that, when it’s over, spits you out and leaves you feeling like a newborn who knows almost nothing. – SP