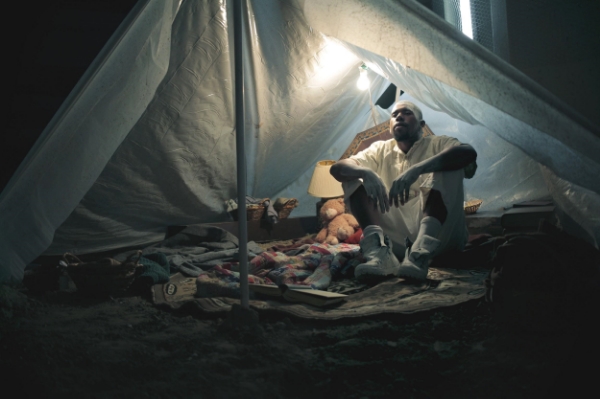 Flying Lotus just debuted another new video from his outstanding 2014 album You’re Dead!, and once again it concerns concepts of death and dying. The video for “Coronus, the Terminator” — directed by Young Replicant — begins with a scene where a man appears to be ill in bed, and people lay hands on him while they pray. Then a couple of mysterious, ghostly men show up caked in white (one of them is FlyLo himself, Stephen Ellison). There’s a detour through a tent city, some cool dance moves from the men in white, and a violent surprise ending that’s both heartbreaking and looks eerily beautiful. Once again, Flying Lotus delivers something both moving and disturbing, visually stunning and cryptic.

Watch the Flying Lotus “Coronus the Terminator” video below.