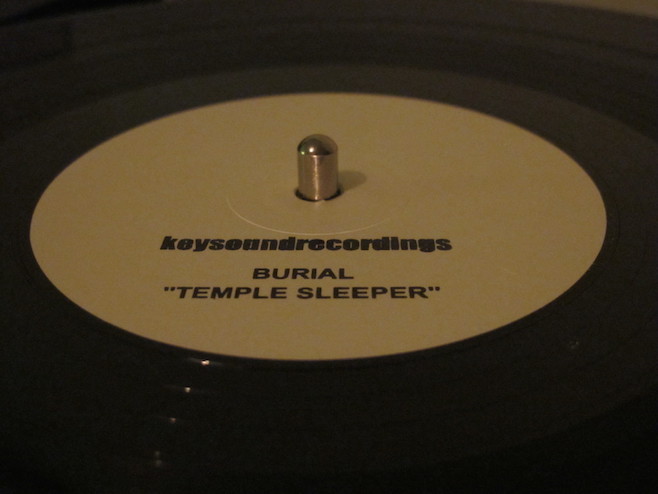 UK producer Burial — who has become a lot less mysterious after posting a selfie last year — has been pretty consistent in his pattern of releasing a new single or EP once every year or, despite not having released an album since 2007’s Untrue. His last 12-inch EP was 2013’s Rival Dealer, and though he released “Lambeth” on last year’s Hyperdub 10.4 compilation, it’s been about two years since a new Burial release has materialized.

That changes now. FACT reports that UK label Keysound is releasing a new Burial white-label single called “Temple Sleeper.” The vinyl single is just one track, but it comes with an MP3 of a remix of the track by Dusk & Blackdown. FACT also describes the material as “new-old” so it’s probably been in Burial’s vault for a while, and its uptempo, harder driving sound indicates that this might predate some of his more epic, atmospheric singles.

Listen to a two-plus minute sample of the 7-minute track below.