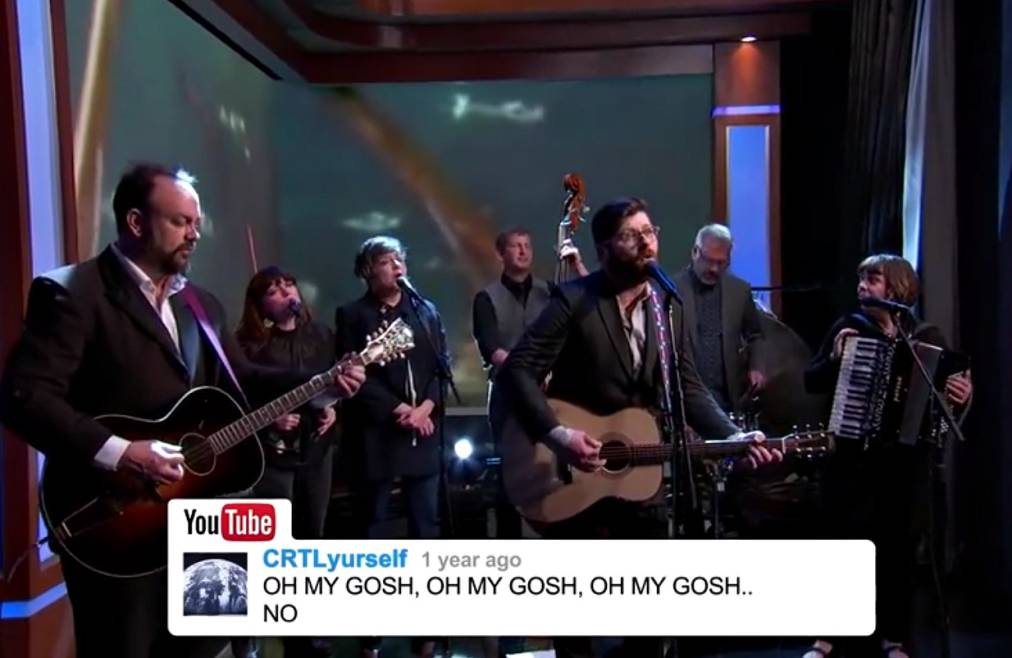 The Decemberists appeared on “Jimmy Kimmel Live” last night to promote their new album What a Terrible World, What a Beautiful World. However, they got in on some of the comedy fun with a sketch in which they performed songs they wrote, using YouTube comments as the lyrics. Sound amazing? Oh, just wait until you see it. Some of the videos they plucked comments from included Justin Bieber’s worst moments, pandas, President Barack Obama’s 2015 State of the Union speech, and a boat crash. And yes, they all sound very much like Decemberists songs, so they could conceivably work them into a setlist. Just an idea, guys. Think about it. Some lyrical highlights: “FIRST”, “OH MY GOSH, OH MY GOSH, OH MY GOSH… NO WAYY”, and the classic, “I CAN’T BELIEVE I MAKE $5000 A MONTH WORKING FROM HOME, CLICK LINK BELOW TO FIND OUT HOW.”